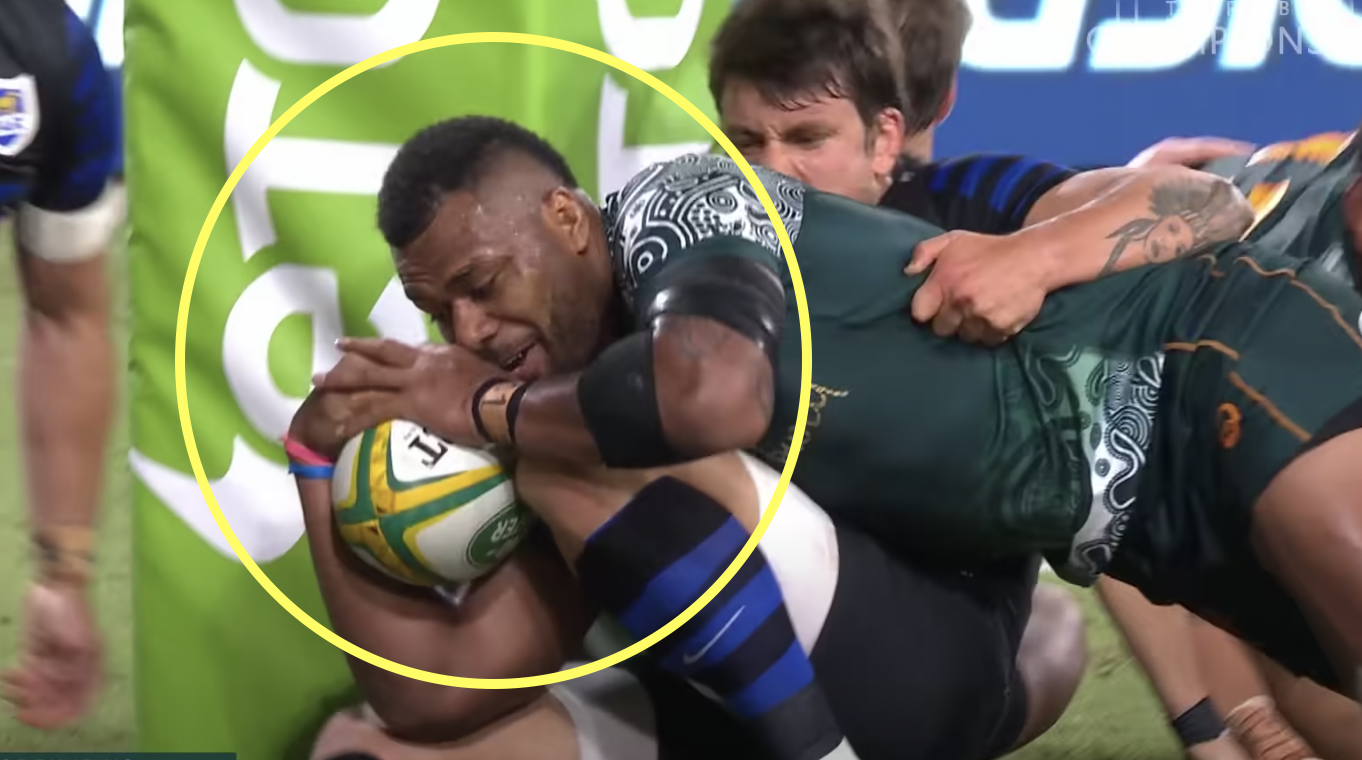 Proof that Samu Kerevi can do no wrong at the moment

There a quite a few Wallabies that seem to be at the top of their game at the moment, and one of those is definitely centre Samu Kerevi.

The 28-year-old has returned from his stint playing in Japan and for Australia Sevens at the Olympics refreshed and looking better than ever, and has spearheaded this revival under Dave Rennie over the course of the Rugby Championship.

Not only was he able to wrestle his way over the line from an improbable position for the Wallabies’ second try of the night against the Pumas on Saturday, but he proved that he is incapable of knocking the ball on as well. Sometimes, when you are in form, things just work out for you, and nothing shows that more than this clip:

Players have been in good form before, but few have been in such good form that the ball somehow sticks to their head after they had failed to catch it. He’s so good at the moment, that he has somehow developed his own gravitational field which stops knock ons. He was then even able to take a tackle while the ball was still perched on his head, although play had effectively stopped.

Kerevi will hope to bring his good form into the final match of the Rugby Championship this Saturday in the rematch with Argentina. Though the All Blacks have already secured the Championship, a win would guarantee the Wallabies second place, which would be an encouraging finish for the side given that they lost their first two matches of the tournament to Ian Foster’s side. Back to back wins over the world champion Springboks were an indication of the massive improvement this side have made, typified by the form of Kerevi.