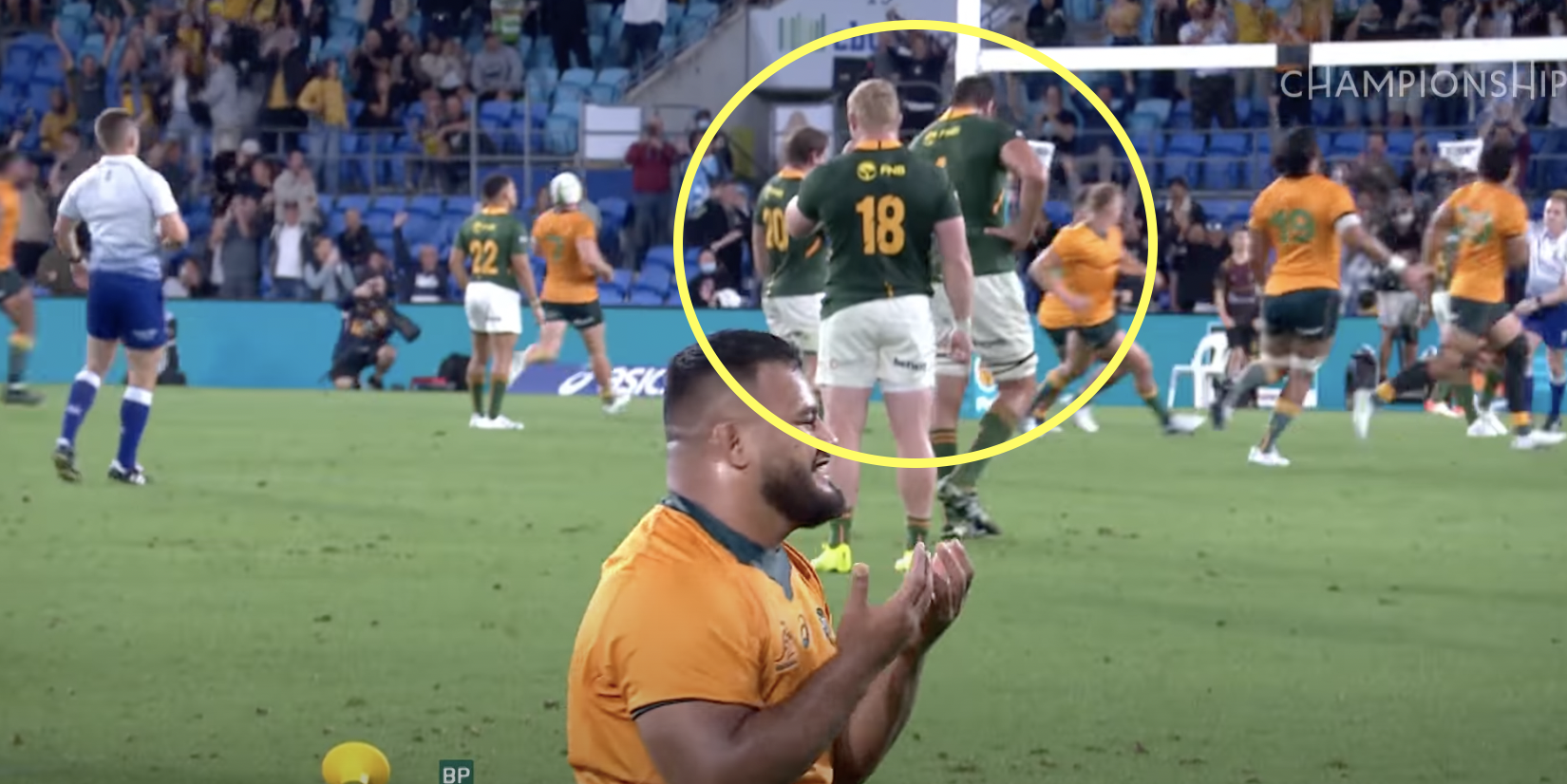 South African pundits Swys de Bruin and Robbi Kempson fear the Springboks’ defence has been found out following Australia’s victory over them at the weekend.

Dave Rennie’s side were able to have a lot of success around the fringes of the ruck in their 28-26 win over the world champions. The pair feel that the Wallabies were able to exploit the rush defence that has served the Springboks so well over the past two years, and that must be address quickly.

“You mention about them attacking around the edges,” Kempson said on Supersport.

“They were very much around our A, B and C defenders which weren’t very honest and weren’t actually coming off the line appropriately on both sides of the rucks. They got a lot of purchase through that vacuum of an area throughout the game. It’s obviously something they looked at, they know we close from the outside in. The inside part of our defensive line needs to sharpen up.”

De Bruin was perhaps even more distressed by the result, and with a double header against the All Blacks fast approaching, he feels Jacques Nienaber’s side must adapt fast.

“The rush defence never really worried them because they played away from that and we said it two or three months ago, teams will start to work us out. Just come a bit closer, do a few more switches, throw the bridge pass, look for the five spaces. So we will have to adapt with this defence thing otherwise we might die.

“The communication from the outside has got to be superb, ‘Up, up up!’ They’ve got a defence coach on his own to run these things, so it’s a whole thing on its own. But what they’re doing with us now these teams is they’re starting to outsmart our rush defence. I saw it. The Argentinians couldn’t do it when they played us, they were too lateral. But [Australia] were good with it. They exploited out defence.”

Take a look at what they said: