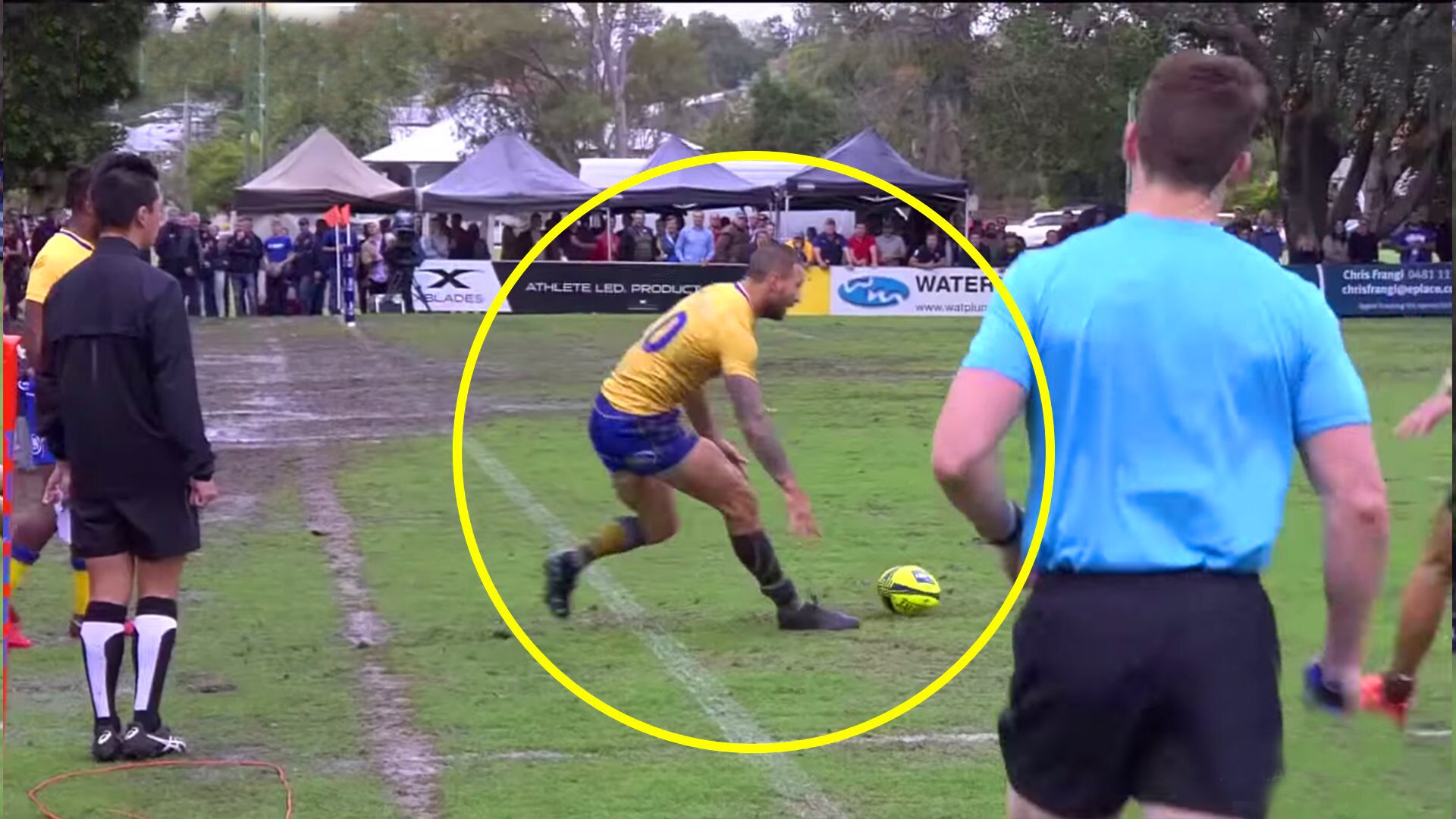 Australian rugby player Quade Cooper was one of the most exciting rugby players to watch on the globe. There is no debating that at all. When Quade Cooper played semi pro for a while in 2018, it was simply brilliant to watch.

Back in 2018 there was a brief period where he played semi pro rugby for Brisbane City in the Queensland Premier.

This was during the period when he fell out of favour with the then Reds coach Brad Thorn.

It meant that he was playing at a level that was way below him, the results were brilliant to see.

This was filmed during the time when he fell out of favour with the Reds coach Brad Thorn, as they clashed on many things.

It meant that Quade Cooper was playing rugby at a level that was way below what he was capable of, the results were brilliant to see.
There is one clip in particular which stands out from the others in this period which shows his full array of skills on display as he dances around a defender, keeps the ball in play and then to top it all off, somehow throws an outrageous behind the back pass!

Quade Cooper exploded onto the world stage ten years ago with spellbinding performances for the Queensland Reds and Australia.

He became renowned for his sidestepping ability as he regularly wrong-footed some of the world’s best players.

This coupled with his exceptional handling ability and creative flair made him an icon in the world of rugby.

He became ‘public enemy 1’ in New Zealand for a time after an incident in which he kneed All Black skipper Richie McCaw in the head.