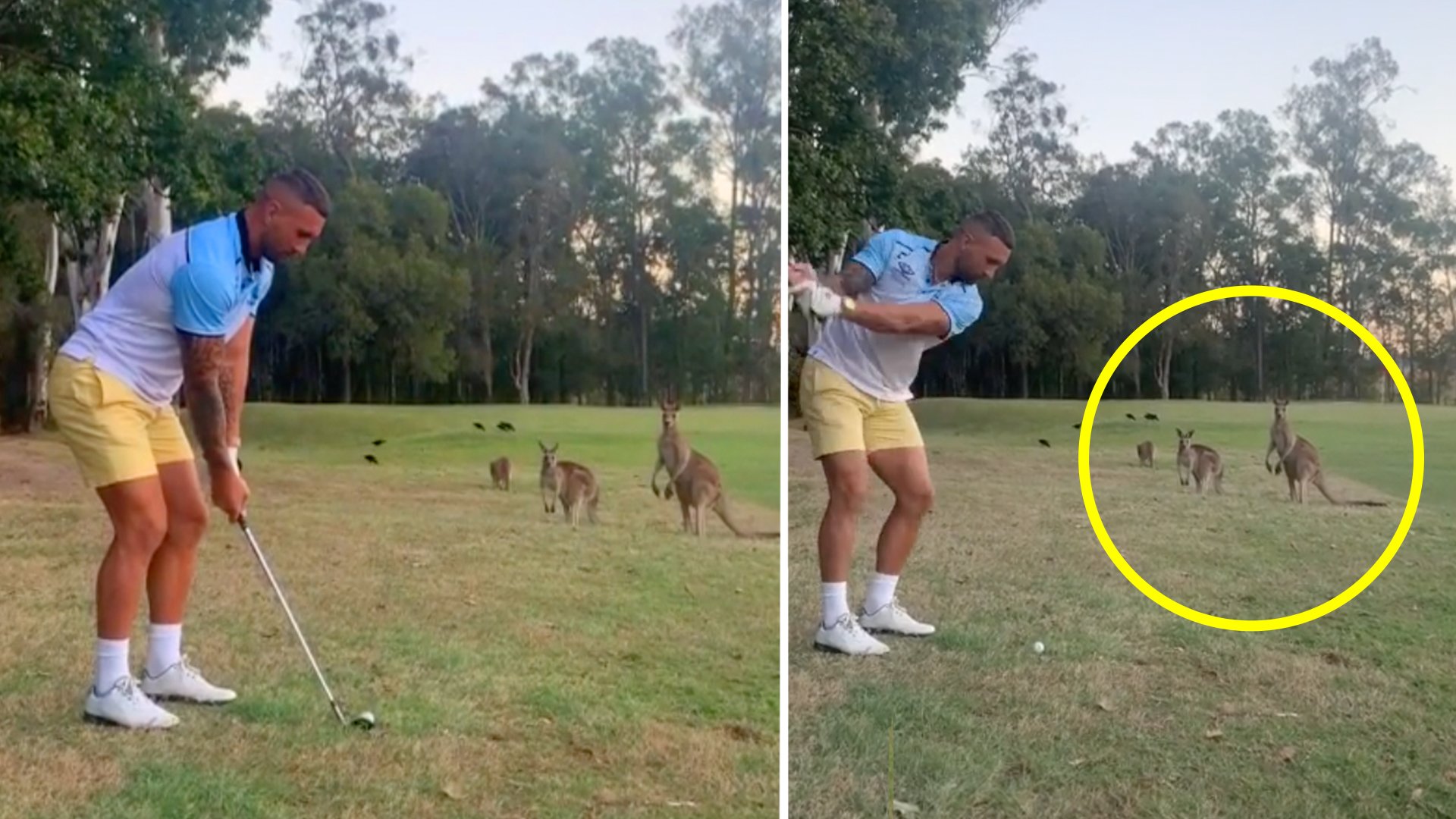 Australian rugby star Quade Cooper has experienced a shocking backlash from users online after a video of him playing golf in Australia went viral.

The Kintetsu Liners 10 posted a clip of him playing golf in Queensland on Tik Tok yesterday with the caption ‘Watch til the End’. The video is currently sitting on 1.1 million views.

The clip instantly attracted the Wokerati who were furious at the Australian back for two reasons.

Some fans cried foul that he was swinging the golf ball straight into the three Kangaroos.

Here are some comments from some irate social media users.

Other users were annoyed as Quade Cooper only posted the clip up until the moment he was about to take the shot.

The Australian was forced to post another video later proving that no Kangaroos were harmed in the video.

He posted the caption alongside the clip saying, ‘Calm down the Roos are safe annnnnd so is the green.’

That still didn’t stop Quade Cooper experiencing backlash on this post with fans then commenting on how bad he was at golf!

The 32-year-old is currently playing his rugby in Japan, but with no rugby on at the moment, he is instead, spending his time at home with his friends keeping fit.

A series of clips of Cooper have gone viral over the past few months as the star increases his presence on social media.

We’re sure Quade Cooper will try and avoid a backlash like this again in the future.