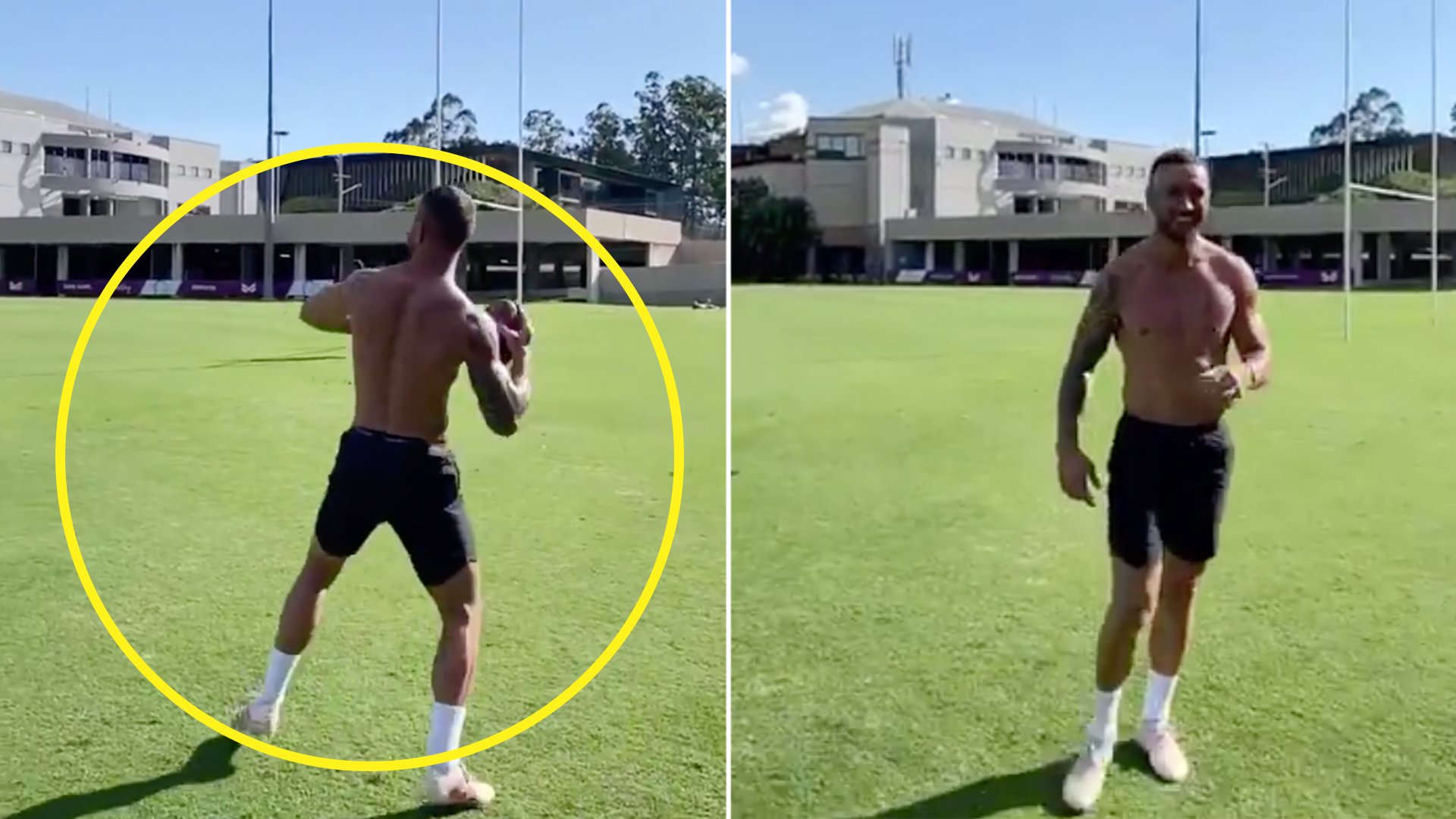 Australian rugby maverick Quade Cooper has been wowing rugby fans of late with some crazy skills and tricks.

The 32-year-old has recently taken up Tik Tok and he has been uploading some sensational content onto that platform for his many rugby fans.

In his most recent video, he recreated his signature behind the back pass and the results were incredible.

If anybody has the balls to say this man isn’t talented then they are just wrong.

Kiwi-born Wallaby Quade Cooper has opened up about the time he kneed All Blacks legend Richie McCaw in the head.

Cooper, who has just started his first season with the Kintetsu Liners in Japan’s second division rugby competition, spoke to former New Zealand Warriors player and friend Isaac John about his extensive and at times controversial rugby career.

Speaking about the incident which occurred in the lead-up to the 2011 Rugby World Cup, Cooper said he has since approached the former All Blacks captain and owned up to the “dirty” act.

“A few years later I’ve seen Richie in the airport and I went up to him and said, ‘Sorry about that’,” he told John on The Ice Project podcast.

“It’s not that he didn’t care or he did care but, when I said sorry to him, I confronted it and said, ‘I really looked up to you as a kid, you were my idol, everyone in New Zealand loves you and I loved you, so when I played against you it was just emotion, passion took over, you were playing dirty on me and I kneed you.

“I look back at it now and I wasn’t ready for it,” Cooper said.

“I had the expectation of 2011 of playing good football but now I had the pressure of all these guys hating me as well, and a whole country, not just the rugby public. I couldn’t go anywhere. I was on the team bus and there were signs ‘I hope you break your leg, I hope you die in this game’.