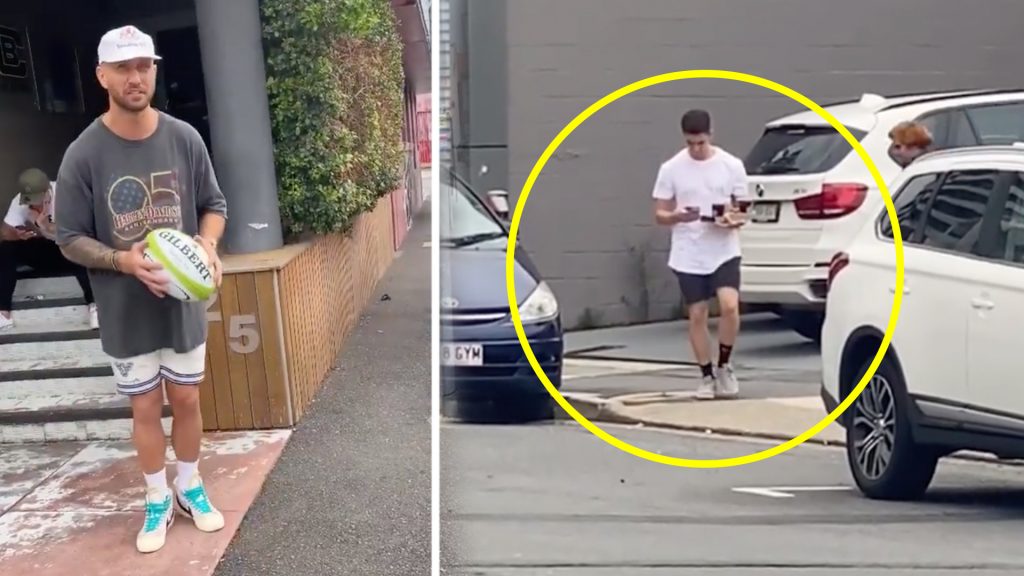 The video shows Quade Cooper drilling a ball at someone across the street as he wears a new shirt and was holding a coffee.

We all know it’s just banter between friends, the real talking point about this story should be the incredible accuracy that Quade Cooper used to get this to hit the target perfectly.

That was some serious kicking and it shows that the 31-year-old Australian has still got it.

Here is the kick that he posted on his social media…

Cooper was omitted from the Queensland Reds just three days into new head coach Brad Thorn’s tenure at the end of 2017, and spent the entire 2018 season playing club rugby in Brisbane.

The last time that Cooper was properly in the Rugby Spotlight was after Australia head coach Michael Cheika left his role after England knocked Australia out of the World Cup.

“If he actually cared about Aus rugby he would have done it [resigned] a while ago.”

The 29-year-old had faced a six-year absence from the Wallabies team until he was selected for the Rugby Championship this year. After a promising start to his career, the utility back became a pariah of Australian rugby, and left to play abroad in 2013. But he said on Instagram that he has a “great deal of respect” for Cheika for allowing him back onto the Test scene.