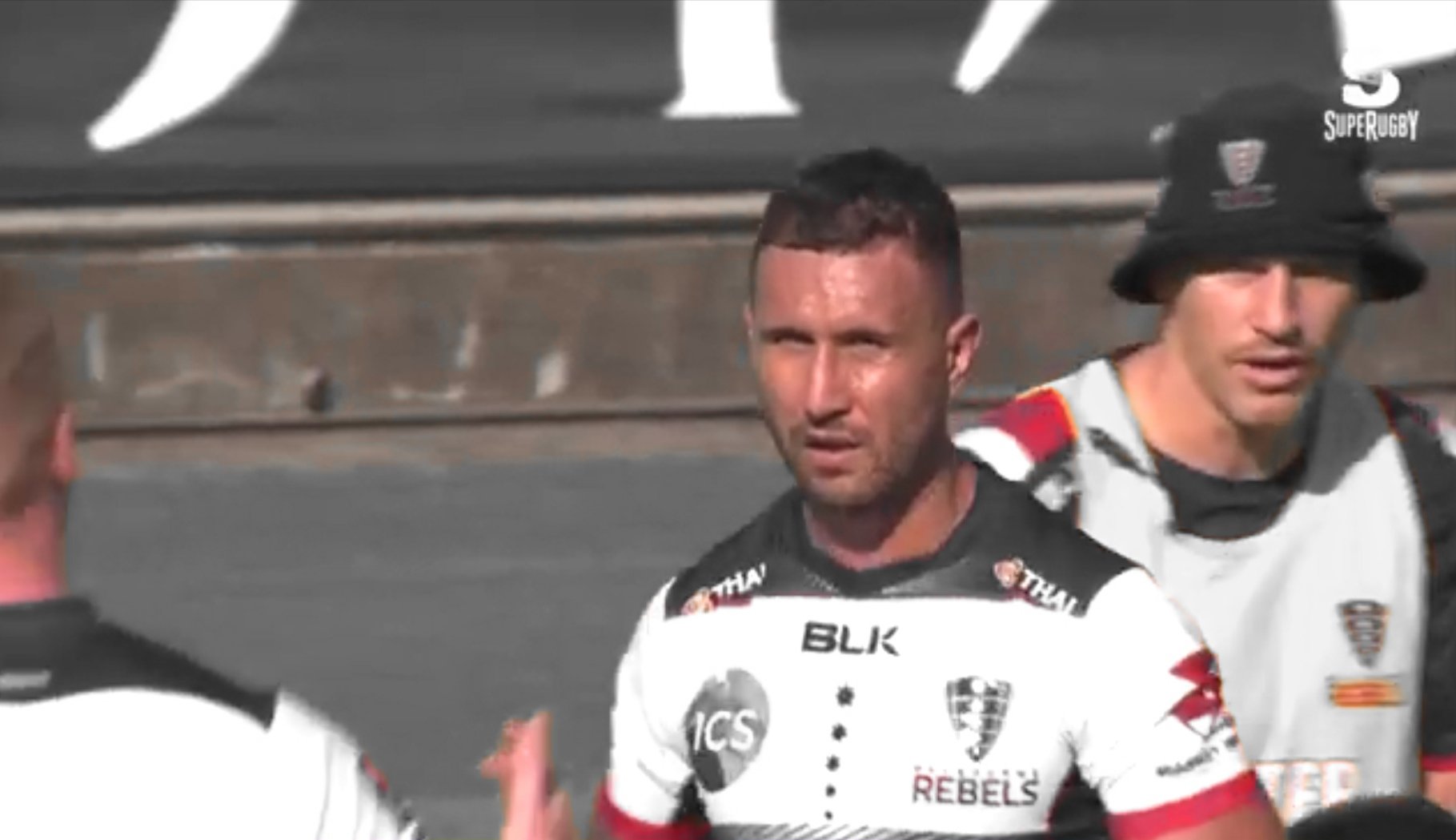 Between three sublime flat passes and a ridiculous 30 metre over the top to Koribete, QC was truly on fire.

Qantas Wallabies star Scott Sio has re-signed with Rugby Australia and the Brumbies until the end of 2022 on a new three-year deal.

The 27-year old established himself as a mainstay of the Wallabies front-row during Australia’s Rugby World Cup campaign in 2015 and hasn’t looked back since, amassing 55 Tests so far.

A product of the Australian Schools and Australian U20s program, Sio made his Super Rugby debut in 2012 before earning Test honours just a year later.

Qantas Wallabies prop Scott Sio said: “I’m super excited to re-sign. I’ve obviously been at the club for a long time and I’ve seen a lot of what we’re trying to grow. It’s really cool to be part of the youth’s next progression as well. I’ve seen that Noah Lolesio and Len Ikitau have re-signed too so it’s great to be part of their journey as well.

“It’s a special town. I’ve spent eight years of my life in Canberra and you get pretty close with the fans, and I really appreciate that so I’m looking forward to a couple more years.

“Winning the World Cup with the Wallabies is the goal this year so we need to recognise the steps to get there. We just had a camp in Brisbane and it was great to get the vibe and what we want to do moving forward,” Sio said.

Qantas Wallabies coach Michael Cheika said: “I’m really pleased for Scott and for Australian Rugby that he’s committed long term. He’s already given so much to each of the teams he plays in but he’s still got plenty left to give.

“One thing that stands out with Scott is his commitment to the cause. He’s always committed to being a better person, a better player and contributing to a better team,” Cheika said.

Sio will be hoping to lead the Brumbies to a Vodafone Super Rugby finals berth this season as they sit top of the Australian Conference with four rounds remaining.