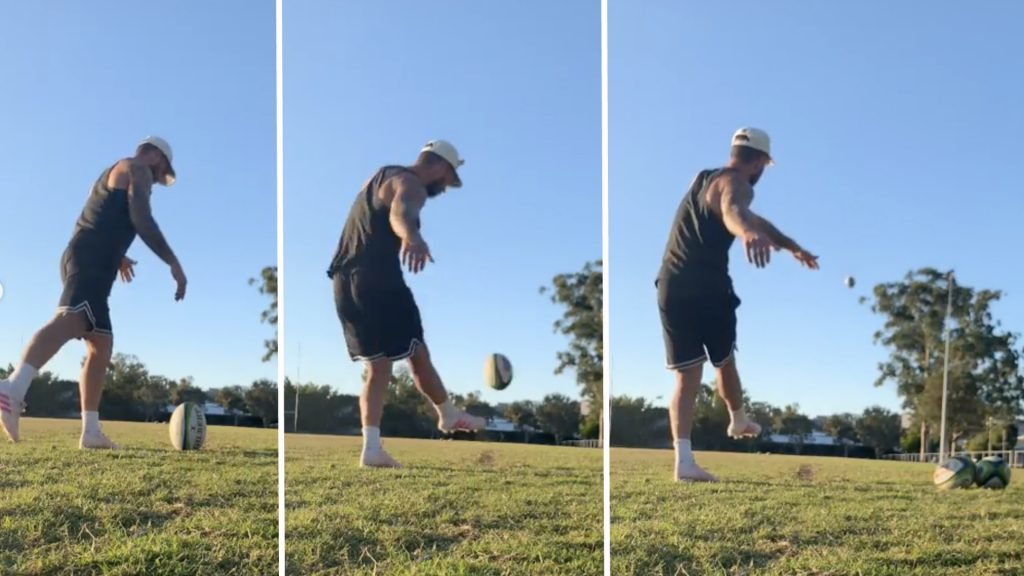 Quade Cooper gave his massive Instagram following a masterclass in what it is to kick correctly.

In the video that Quade put out he said…

My typical kicking session.. practicing my ball strike and getting momentum through the ball which is why I kick off the ground if you are wondering.. .
.
Clip 1. Standing drop kick x 10
Clip 2. Still place kick x 10
Clip 3. Running drop kick x 10 (use a side line or a painted line to keep your body inside the line)
Clip 4. Running place kick of the deck x10 .
.
4 or 5 kicks at goal to finish ✊🏾❤️ have a crack and see how you go.

An interesting thing to see in this video is that Quade does not use a kicking tee when he trains.  His reasoning behind this is to get momentum off the ground which we find odd, but with a strike rate of 79% he must be doing something right.

Winger Duncan Saal will be joining the Toyota Cheetahs for the 2019/20 Guinness PRO14 season.

22-year-old Saal, who has won the Varsity Cup title with the Maties, was named in the Stormers Super Rugby squad for 2019, however, he did not get any game time at the Cape franchise.