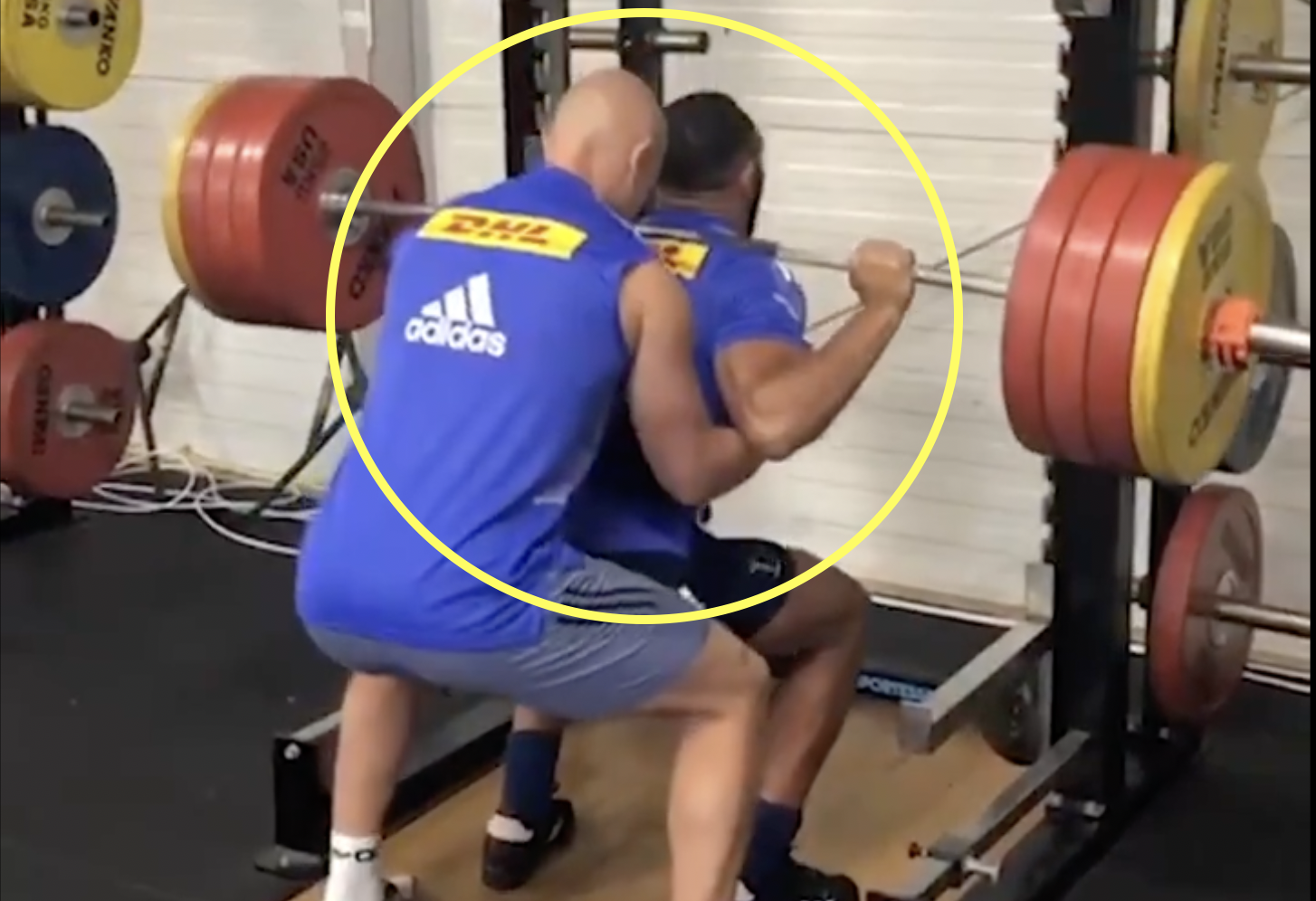 There is no better way to reward yourself for a try scoring performance in the opening game of the season than a heavy squat session in the week, and that is exactly what Harlequins centre Joe Marchant has done.

Fresh from Quins’ opening match of their Gallagher Premiership title defence, a 26-20 win against Newcastle Falcons at Kingston Park, the club have shared footage of the 25-year-old squatting 200kg in the gym this week.

Now compared to some props that share footage of themselves at the squat rack, these are not quite the same numbers, but for a player that only weighs 89kg (14 stone), this is mightily impressive. Pound for pound, there are not many players that would be able to compete with Marchant in the gym. What’s more, he produced three reps, which suggests he could go heavier, which may lend itself to a new video later down the line.

This gym session may have actually been a celebration for making Eddie Jones’ 45-man England squad that are set to meet for a training camp next week. Marchant has amassed six caps since making his debut in August 2019, and while he has been a member of Jones’ training squads, he has struggled to solidify a starting berth, having been on the bench in all but one of his six matches, against Italy in September 2019.

However, Quins’ success in the Premiership last season would have helped Marchant’s cause immeasurably as he seeks to grab hold of the England No13 shirt. If Jones also picked his players based on their performance in the gym, the Harlequin would have only boosted his chances.

Quins take on Worcester Warriors at the Stoop this weekend before the England camp, and then have a bye week in round three, which may give Marchant plenty of time to hit the squat rack again.