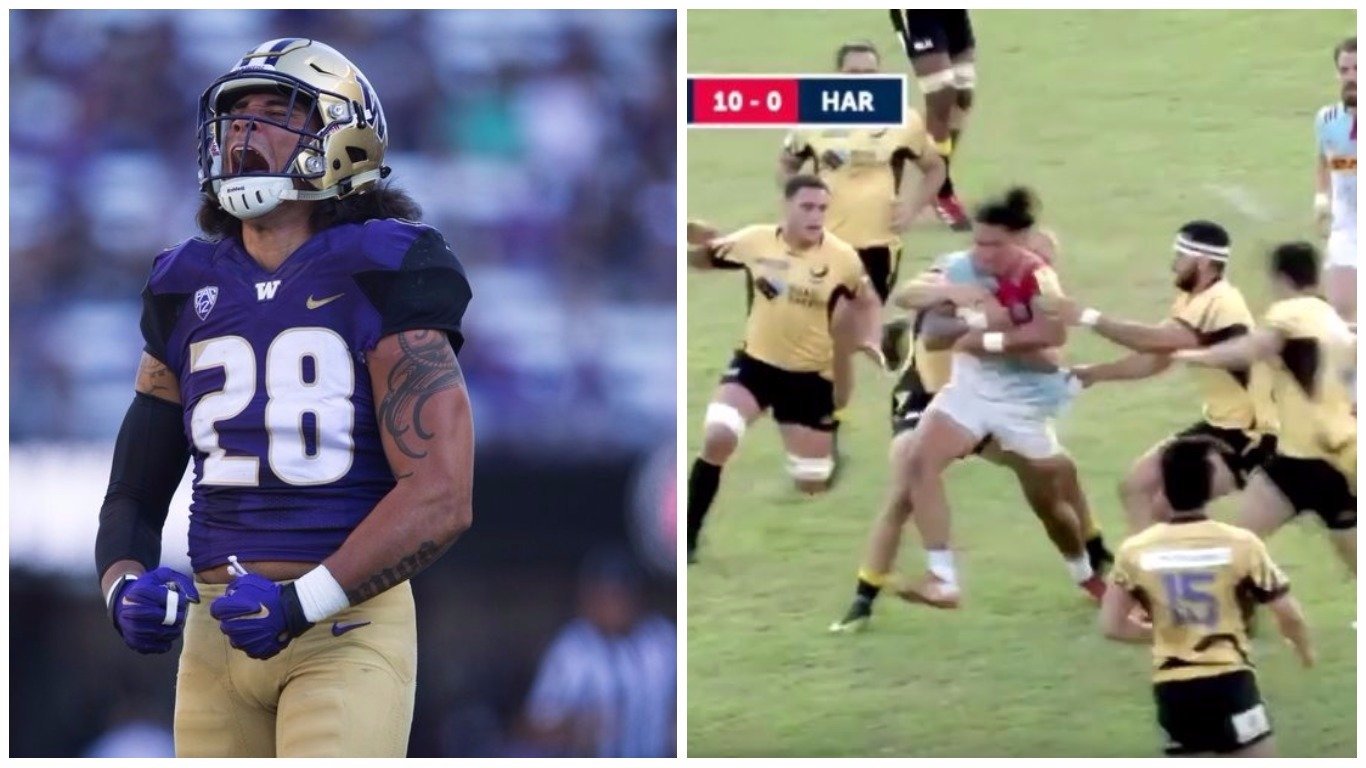 We covered the story of Psalm Wooching earlier this year.

A standout college football star for the Huskies, Wooching turned down what many thought would be a likely spot on an NFL roster to pursue his first love – rugby.

Wooching declared his intentions on Twitter and has since gone on to have trials with Pau and Harlequins. As the footage shows
he’s clearly got plenty of physicality and athleticism about him, but more importantly he looks like he knows what he is doing on a rugby pitch.

The trial footage is kind of interesting for nerds like Rugby Onslaught, whereas the Quins an Seattle Saracens footage is the more broadly entertaining part of the video.