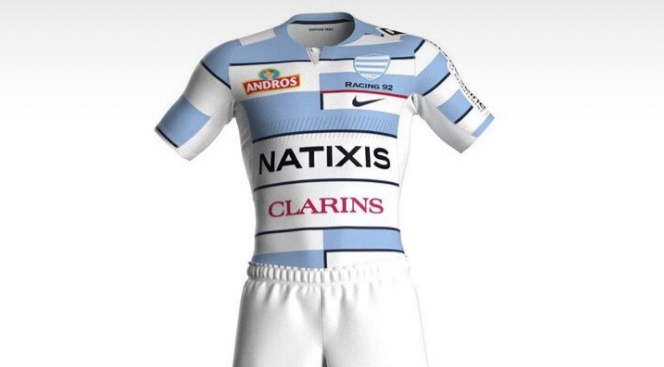 Racing 92 have dropped their new kit ahead of next season and it has not proven to be too popular online, with one fan calling it an “abomination”.

The Parisian club are sponsored by Nike for the upcoming season, and have reinvented their traditional sky and white hoops for the first time in 139 years, according to BT Sport.

This new, edgy kit is facing some stick online though, largely due to the array of sponsors that seem to cover the jersey. ‘Abomination’ is just one description for the kit, as it has also been labelled elsewhere as ‘bloody awful’, ‘butchered’ and ‘absolutely ghastly’.

Then again, this new look kit may represent a new look Racing, who will not only make Heineken Champions Cup finals, but will actually win the tournament. But until then, this strip will probably be questioned, particularly when their city rivals Stade Francais have produced some of the most legendary kits over the years.

Are you kidding, this is an abomination