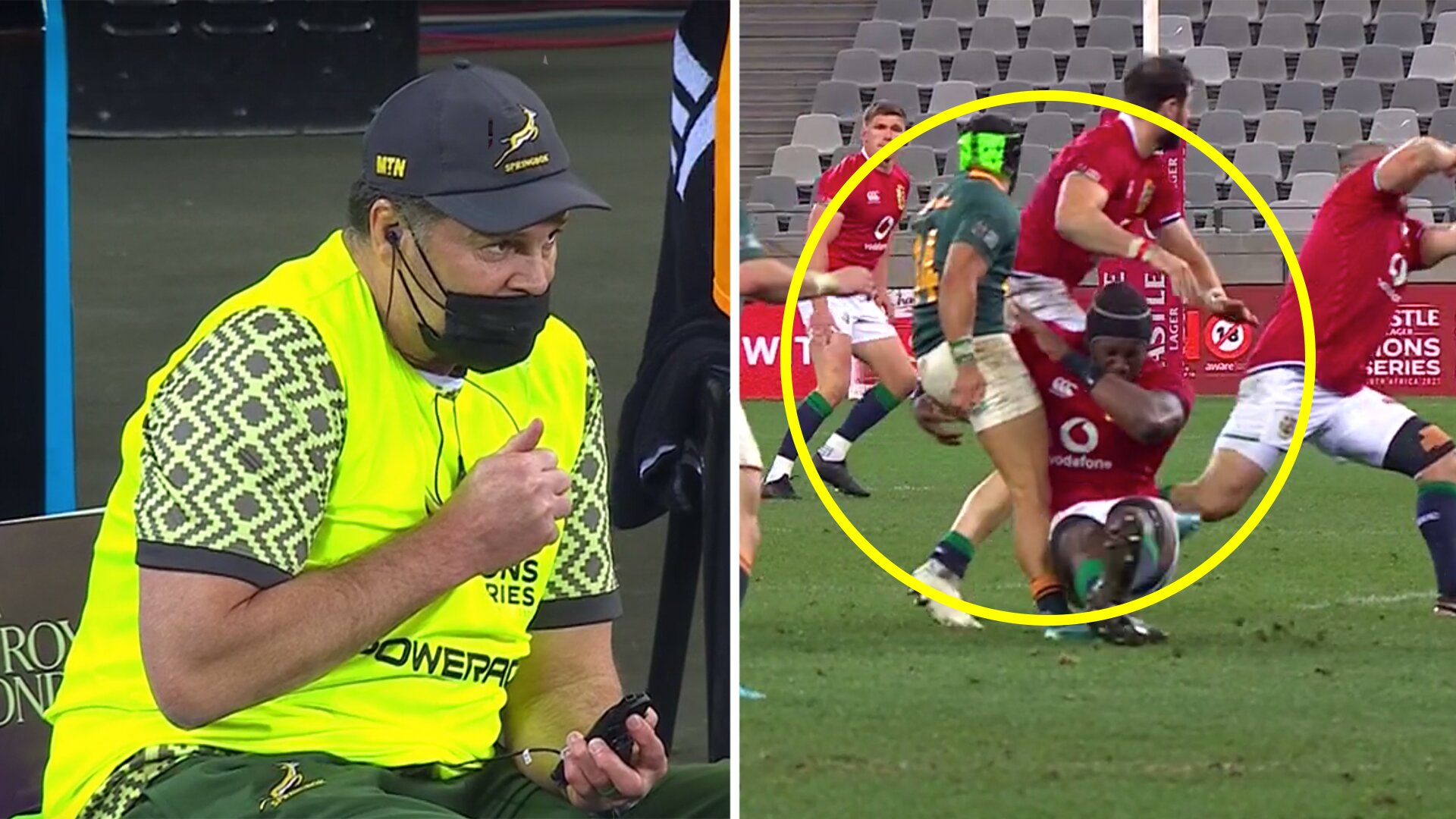 Springbok coach Rassie Erasmus has seemingly let himself down massively on social media this morning as he ranted about decisions that he felt didn’t go his way.

The Lions humbled the Springboks on Saturday night in South Africa, ending the men in green’s impressive 1 game unbeaten streak as World Champions.

Directly after the defeat, Rassie Erasmus took to social media to insist that the boks ‘had no excuses’ and that the referee was not the one to blame for their loss.

No excuses this side!! You are far away from home, families and going through same tough covid protocols like we do!! Congrats and well deserved !!!

However, sadly it appears this humble facade has quickly dissolved as Erasmus took to the keyboard early on Monday morning.

The World Cup winning took to social media using a suspected burner account to retweet posts showing players like Cheslin Kolbe getting involved in incidents in the game.

One such incident showed Mako Vunipola lifting up the little winger after he fell to the floor. I wonder how Rassie would have reacted to the 2009 Springboks team’s antics against the Lions?

Cheslin is obviously played in the air and clearly not direct into touch!!More importantly for youngsters watching this clip!!!! Please never move or touch an injured player on the ground, its reckless and dangerous! Leave this to the 🏥 🙏🏼@WorldRugby @Springboks @lionsofficial pic.twitter.com/lEcp5L4PBf