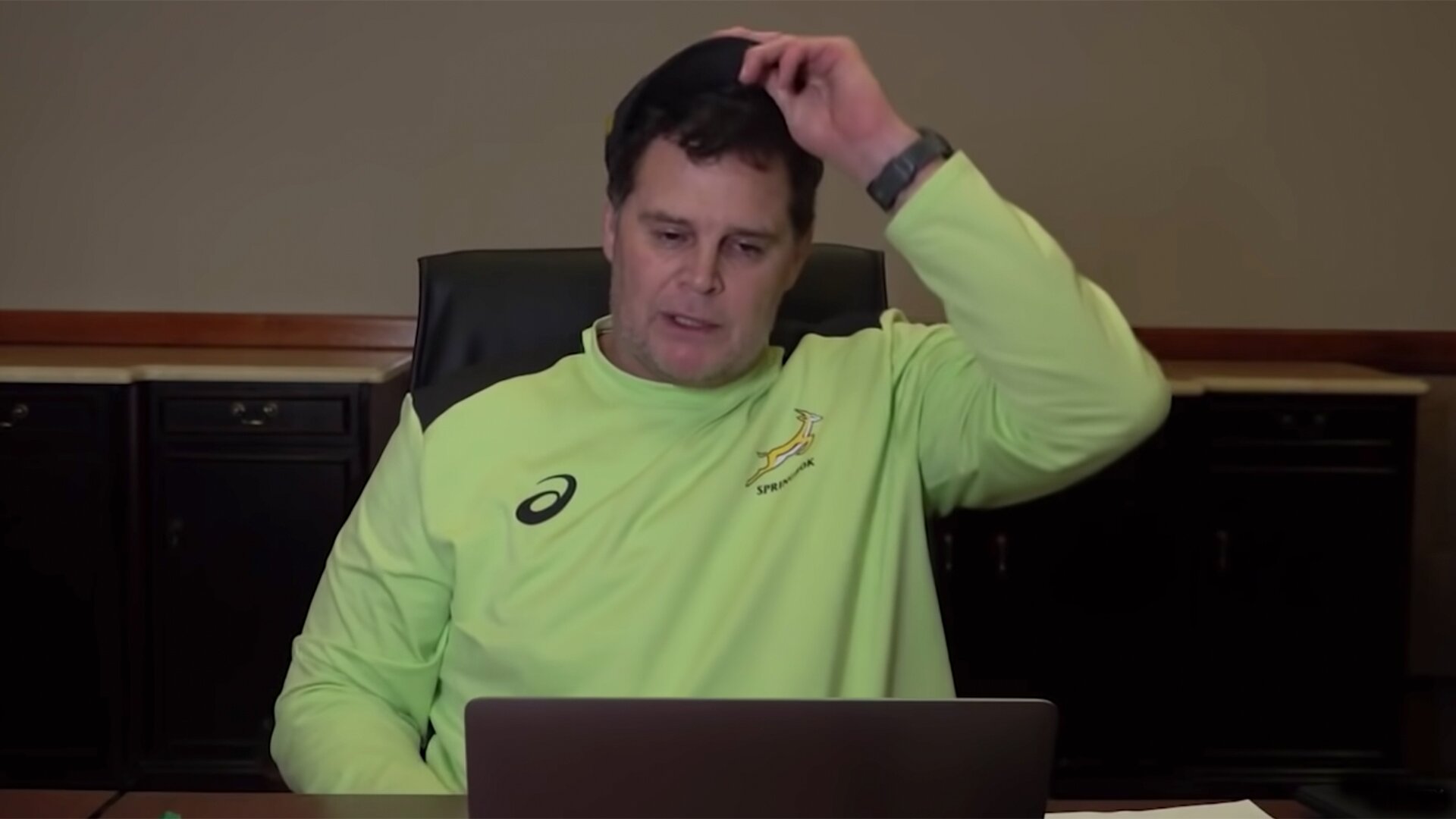 It was one of the most controversial moments in recent rugby history, with South Africa water carrier Rassie Erasmus plunging the spirit of the game into disrepute after his 62-minute online rant.

It seems now that the hour-long outburst may just have cost the Springboks the Castle Lager Series following dramatic recent developments.

It would appear that some host nations have not forgotten the 48-year-old’s actions despite the South Africa series ‘victory’.

Today, the word is out that 5 rugby nations are exerting pressure on World Rugby to severely punish Rassie Erasmus for his actions following the first Test result three weeks ago.

It is said that South Africa Rugby and Rassie Erasmus are set to enter into a legal battle with World Rugby.

The five nations that have headed the case against Erasmus and the Springboks are England, Wales, Ireland, Scotland and Australia.

The punishment for South Africa rugby could include a null-and-voiding the result of the second Test which would lead South Africa to be stripped of their Castle Lions Series win.

Rugby Onslaught has just concluded its own investigation into the Springboks series win and we have handed over our findings to World Rugby to strengthen the case against SA Rugby and Rassie Erasmus.