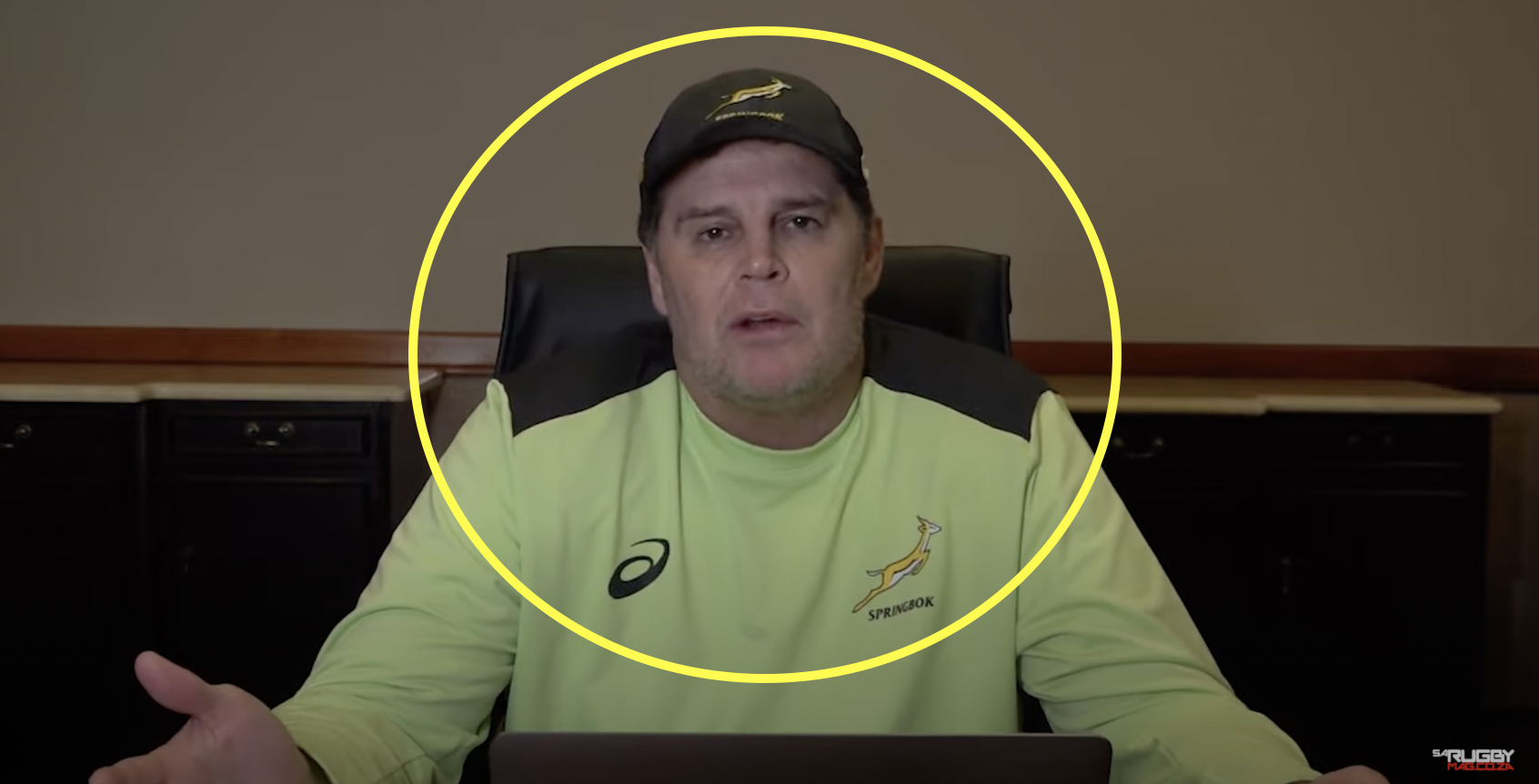 In the ongoing pursuit to make this the strangest British & Irish Lions tour ever, Springboks director of rugby Rassie Erasmus deserves a medal for the effort he has put in so far. If the entire ‘Jaco Johan’ saga was not enough for everyone, he has now moved things up a notch.

If you find yourself with an hour to spare, or if you’re struggling to fall asleep tonight, Erasmus has shared a 63 minute video dissecting the refereeing performances against the Lions last Saturday in the first Test against the Lions. Brace yourselves.

The video more or less covers everything talking point of the tour so far, from his role as a water boy to how Warren Gatland has dealt with the press. Though he appreciates what much of Gatland has said is “banter,” this is not a man who is seeing the funny side of things, and criticised the Kiwi for his objection to South African Marius Jonker being the TMO in the first Test.

His list of gripes is exhaustive though, defending his social media activity by saying “social media is media” while also questioning how referee Nic Berry dealt with each captain in the first Test. Erasmus tries his hardest to play this off cooly, but that is very hard to do in an hour-long rant. Despite his best efforts, possibly no one in human history has ever been able to come across as blasé in an hour plus tirade.

He then went on to share a number of instances in the match where he felt the Springboks were treated unfairly, and to his credit said that he would welcome someone sharing a video of the other side of the coin. Strangely enough, he did not provide that video himself. The only thing this film was missing was Erasmus burning a photo of Berry at the end, which seemed like a possibility at one point.

Rumour is that Gatland is preparing his feature-length response.

Watch the video, if you dare: