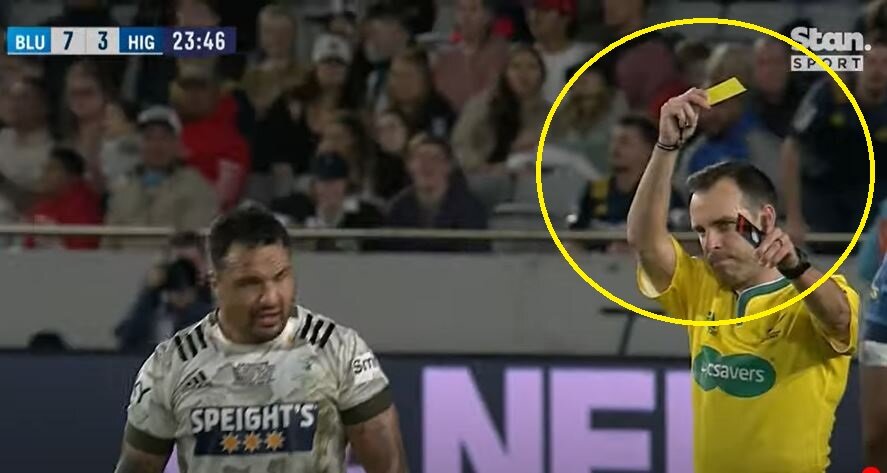 This is pretty weak – it’s a clear red card by the letter of the law, whether you agree with that law or not. Ash Dixon is visibly relieved after he was only given a yellow for a direct contact to the head of the ball carrier.

Dixon spent just ten minutes on the sideline after the dangerous tackle on Blues flyhalf Otere Black in the Super Rugby Trans-Tasman Final.

Luckily the Blues won, but can you imagine if they hadn’t.

The Highlanders co-captain was playing his 100th game for the Highlanders having made his debut in 2015 after a few seasons with the Hurricanes. The inspirational leader was named captain of the Maori All Blacks this week.