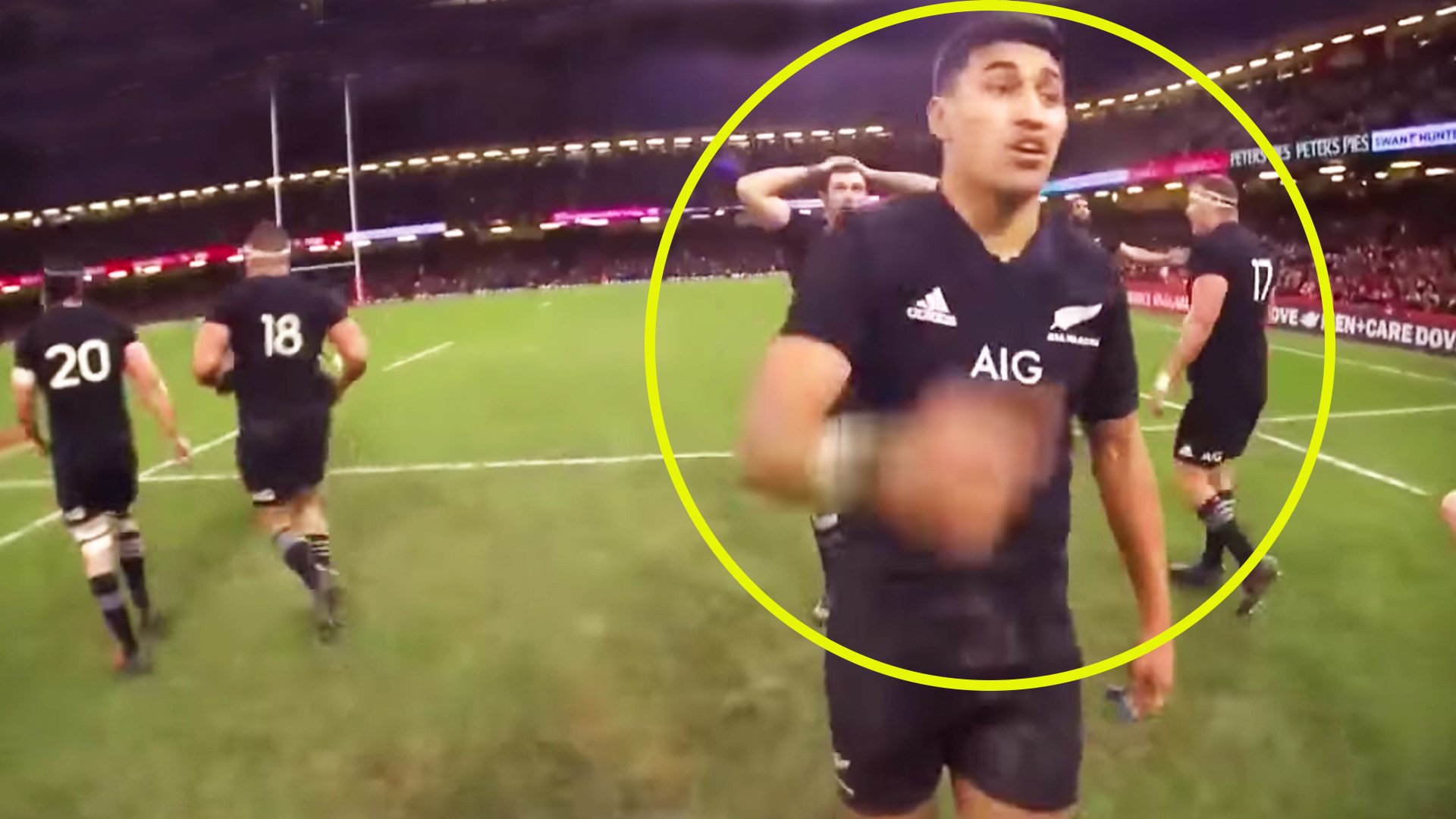 An Onslaught follower sent this in recently from an All Blacks autumn tour match with Wales and it has completely changed the way we look at Rieko Ioane.

Back in 2017, the All Blacks winger was at the peak of his powers as one of the premier backs in World Rugby.

At the age of just 20, the Blues winger had been tearing it up – scoring week on week for club and country.

God knows how this never got picked up at the time but we think this might land him in some hot water even these years later.

The match between the World Champions and Wales was reaching its conclusion – when the All Blacks started building phases down the blindside with the game already won.

With the score standing at 18-33 to the visitors the New Zealanders had only to close out the game but Rieko Ione clearly hadn’t had enough of trouncing the Welsh.

As the play went dead we see Welsh enforcer and all-round sh*thouse Alun Wyn Jones trying to get the ball back but only really succeeding in winding up a few kiwis on the deck.

The scene descends into a mass brawl with players from both sides joining the scuffle as the clock ticked over into overtime.

We hear referee Wayne Barnes trying to calm down down the situation but to no avail as more run in to join the commotion.

Eventually,  the players on either side start to retire away from the fighting but not before the camera turned to the ref cam to show Rieko Ioane right in front of the referee and it wasn’t pretty.

Ioane’s All Black career has dwindled in recent years with the emergence of George Bridge and Sevu Reece and in all honesty – with moments like this, we can’t say we miss him.