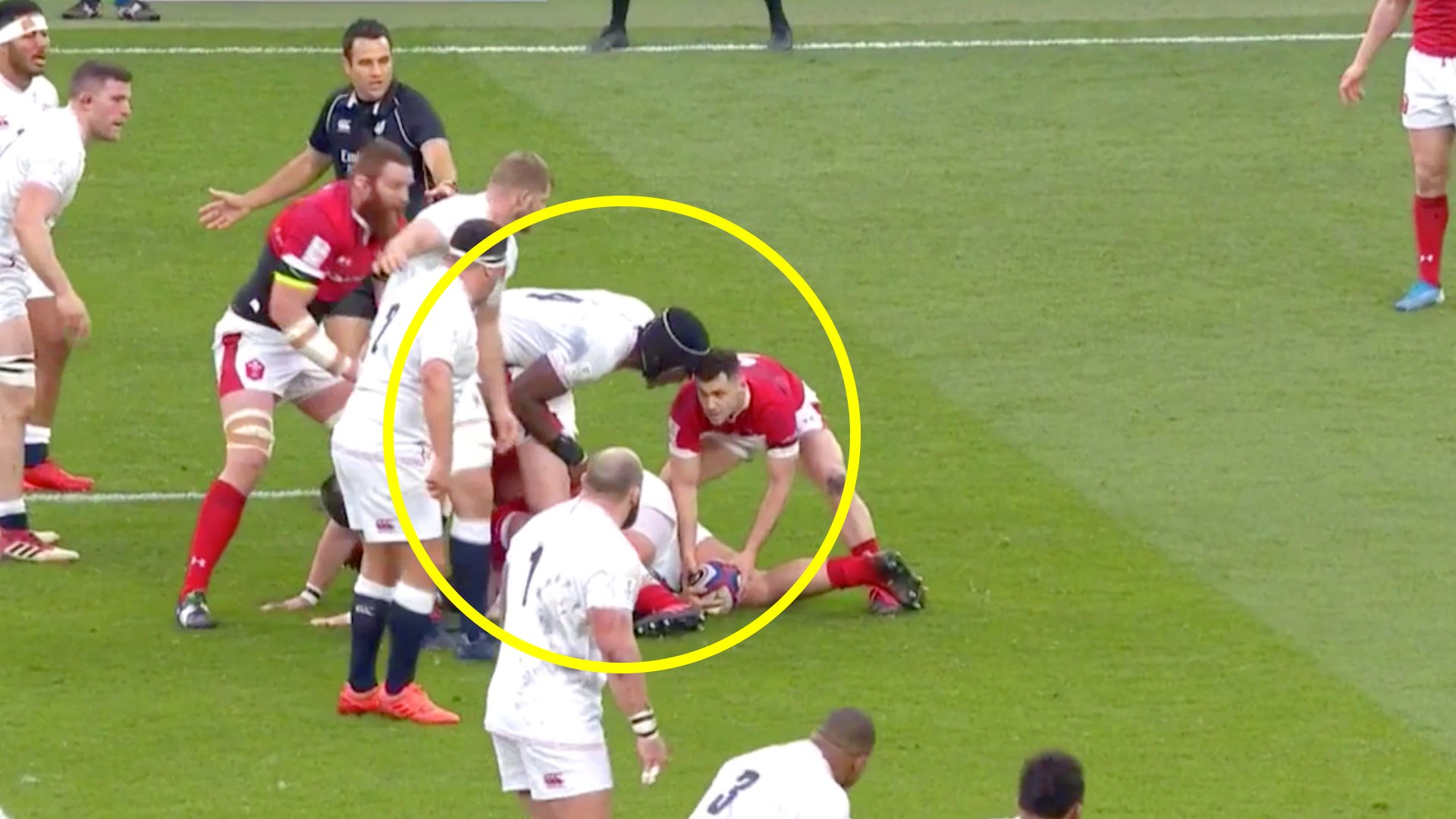 The ref mic appeared to pick up some vile abuse that Maro Itoje gave to Welsh 9 Tomos Williams in their Six Nations loss to England over the weekend.

Someone uploaded a video online over the weekend with enhanced audio of what Maro Itoje said to the scrum-half and it’s incredible.

Maro Itoje could be seen screaming something into the Welsh 9’s ear in the first half of the match and it seemed to antagonise him.

On reflection, it seemed like a crazy act of aggression from the English lock.

He could be seen screaming something into his ear here… On first viewing, it seemed like we couldn’t hear what was being said in the match. However on second viewing and after, turning up the referee mic, we are able to hear exactly what the English Lion said, and it makes for horrifying listening.

We didn’t know Maro Itoje was like this until we heard it with our own ears.

Here is the enhanced audio of what happened in the video.

It makes for some quite harrowing listening!

The Six Nations meeting of France and Ireland, scheduled for Saturday March 14, has been postponed as a result of coronavirus fears, according to reports in France.

As the number of coronavirus cases across Europe continues to rise, French Rugby Federation officials met with government officials at the French sports ministry this morning to discuss the fate of the France v Ireland game, due to be played at the Stade de France this coming Saturday.

French health minister Olivier Véran had stated that events which are viewed as being “useful to the life of the country” would be exempt from that ban, but did not clarify if that included major sporting fixtures.

Yet a number of French media outlets are now reporting that the France v Ireland game will not go ahead this weekend, with Midi Olympique claiming that the meeting of Wales v Scotland in Cardiff is also set to be postponed.