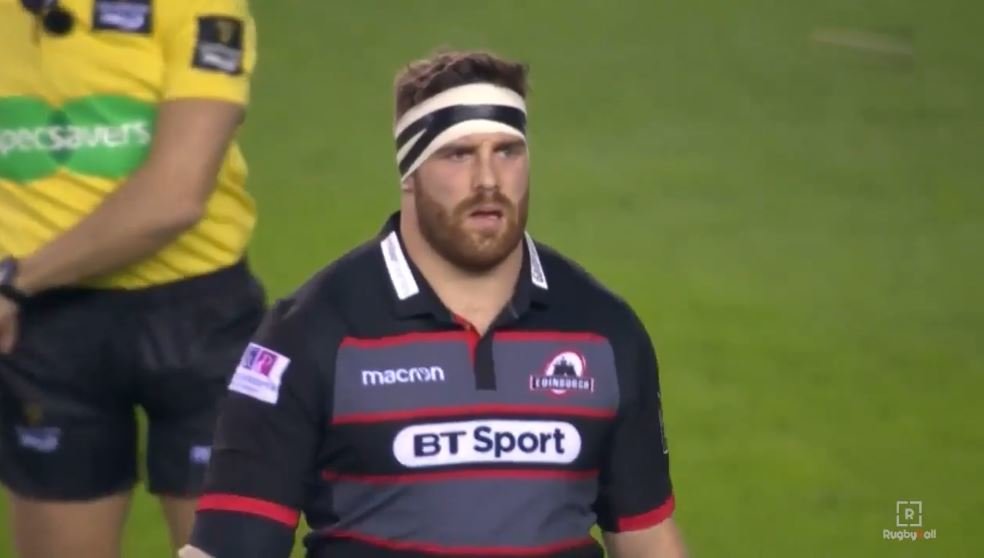 There was no little drama in the an absolutely riveting 1872 Cup match, with Edinburgh prop Simon Berghan sent off for stamping on the head of Glasgow hooker Fraser Brown.

Ref Frank Murphy seemed as if he was going for a yellow but instead goes for red at the behest of the TMO/ There wasn’t a huge contact made, could an argument be made that this was only a yellow?