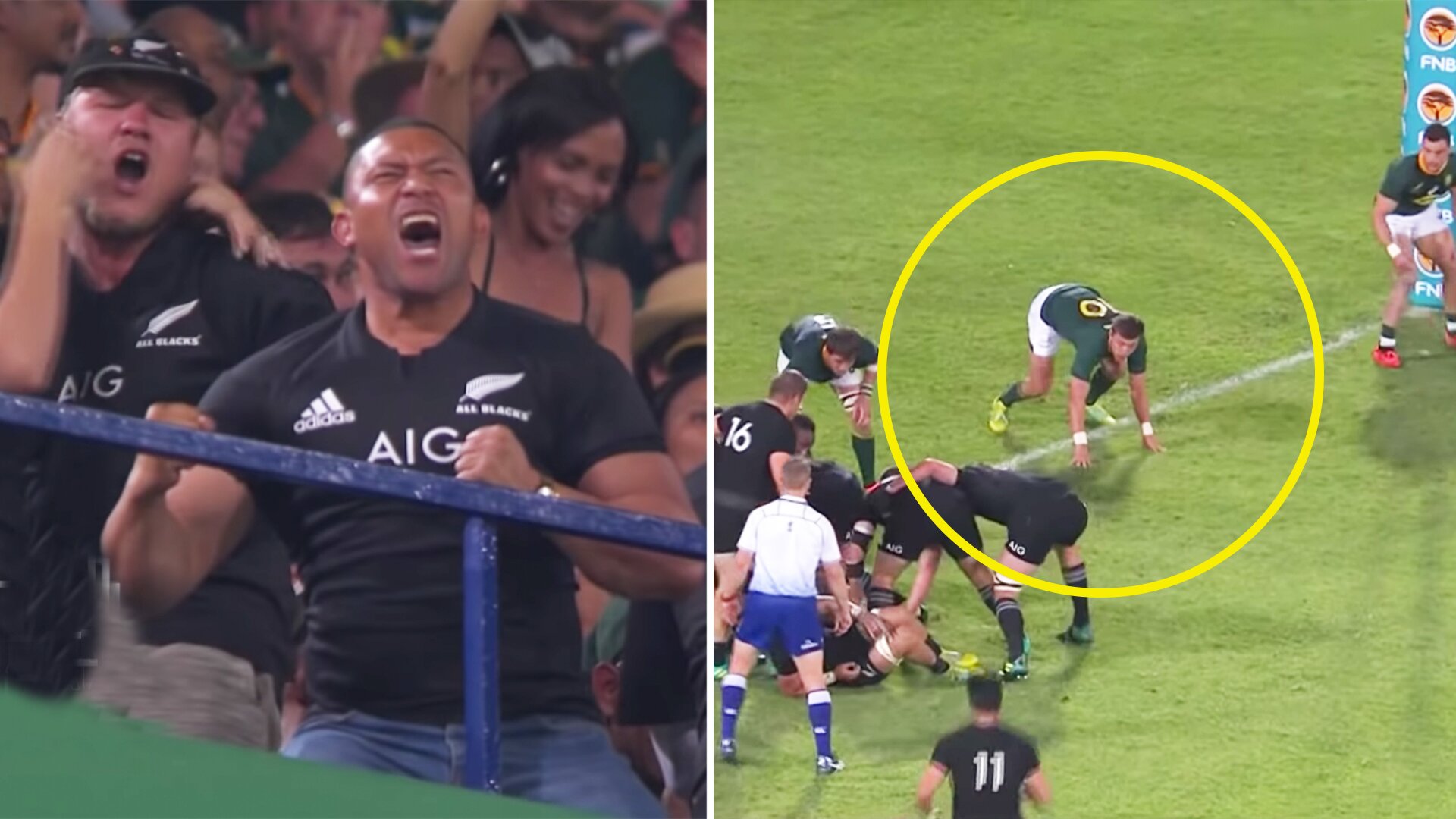 Relive the most intense ten minutes in Rugby Championship history

This will go down in history as one of the most entertaining matches in Rugby Championship history.

Fans from both South Africa and New Zealand look back fondly on this fiercely fought contest from 2018 at Loftus Versfeld.

The video from ‘The Final 10’ series starts on the 70th minute of play with the score standing at 30-18 to the Springboks.

this would be interesting

What was so brilliant about this match was that both sides were playing at full tilt. This footage shows that the All Blacks had to play to their very best to launch a comeback – with the Springboks defending their hearts out right to the death.

We watch, as with a twelve-point lead, Rassie Erasmus rings the changes, taking off talismanic scrum-half Faf de Klerk after appearing to go down with a calf injury on the 72nd minute. Malcolm Marx is also substituted.

The All Blacks go on to throw wave after wave of attacks at a resolute South African defence.

We can’t remember a more intense finish to a game than this in the Rugby Championship.

Watch this enthralling video below

England prospect Ted Hill is the new skipper at Sixways after leaping through the ranks at Worcester, coach Alan Solomons deciding to appoint the 21-year-old as club captain ahead of next month’s Gallagher Premiership restart.

Capped by Eddie Jones versus Japan in November 2018, Hill has become one of the Warriors’ most consistent performers and he has now succeeded GJ van Velze as club skipper.

Explaining the new Worcester leadership player group headed by Hill, Solomons said: “The appointment of Ted and Will as club captain and assistant club captain respectively accords with our vision for our young Worcester lads to form the core of our team.

“They are both homegrown players who have come through our academy and it’s fantastic to see them rise to leadership positions. Ted has developed into a terrific player who has the full respect of our whole squad. He is a young lad who has a massive future in the game. He will lead as he plays – from the front.