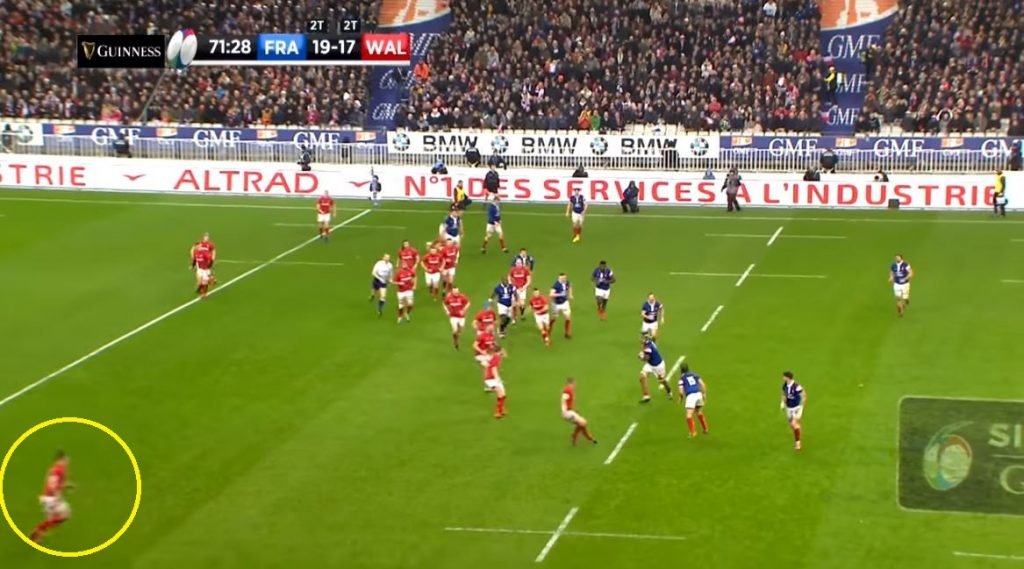 After biting in the first half to give away a try, North had to come up with a big secondhalf, and that’s exactly what he did.

If you watch the read on his intercept, he appears to read it even before Sébastien Vahaamahina gets the ball. Eitehr that or he was out of position and trying to get back up to make a defensive hit.