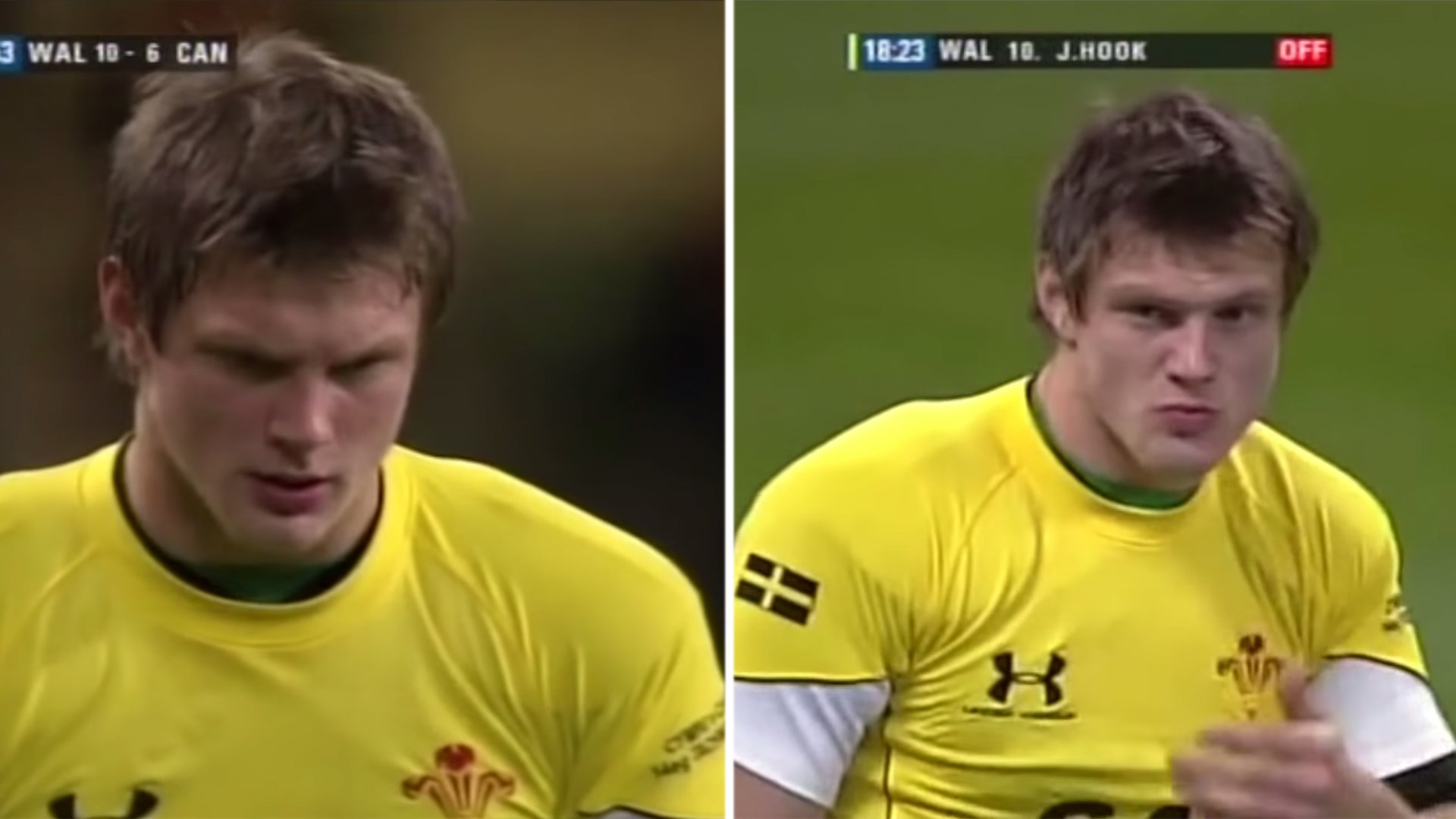 Welsh fly-half Dan Biggar has not made many friends in the past couple of weeks in the rugby World. Dan Biggar’s Wales debut shows that he wasn’t always like this.

Old footage has resurfaced last week showing Dan Biggar on his Welsh international debut against Canada and it gave us some interesting insight into how he wasn’t always as abrasive as he was today.

The Northampton 10 made his debut for Wales back in 2008, replacing an injured James Hook in the 18th minute of the match. The young man played incredibly well despite the fact it was only against a tier 2 nation.

It is interesting to see how he behaves in this highlight reel in this match, no whining, no flapping his arms?

What happened to him?

The Wales international returned to domestic duties after featuring in the opening three rounds of the Six Nations but was forced off after 20 minutes at Franklin’s Gardens as fears around his participation in the rest of the tournament grew.

Boyd allayed those concerns in his assessment of the injury, but did urge patience as the extent of the damage is examined.

The Saints’ director of rugby explained: “I don’t think it is (a bad injury). He’s hyper-extended his leg in a collision and he seems to be moving relatively OK.

“I don’t think he’s got any major structural damage from what I’m led to believe, so it’s one of those ones where we’ll wait and see.”

Saints spurned 12-0 and 15-8 leads as already-relegated Saracens came from behind to deal the hosts a fourth-straight Premiership defeat.

Early scores from Fraser Dingwall and Harry Mallinder were cancelled out in a second-half blitz by Jack Singleton, Nick Tompkins and Ben Earl.

Boyd was left to curse ill-discipline as Lewis Bean and Taqele Naiyaravoro were sent to the sin-bin at inopportune moments.