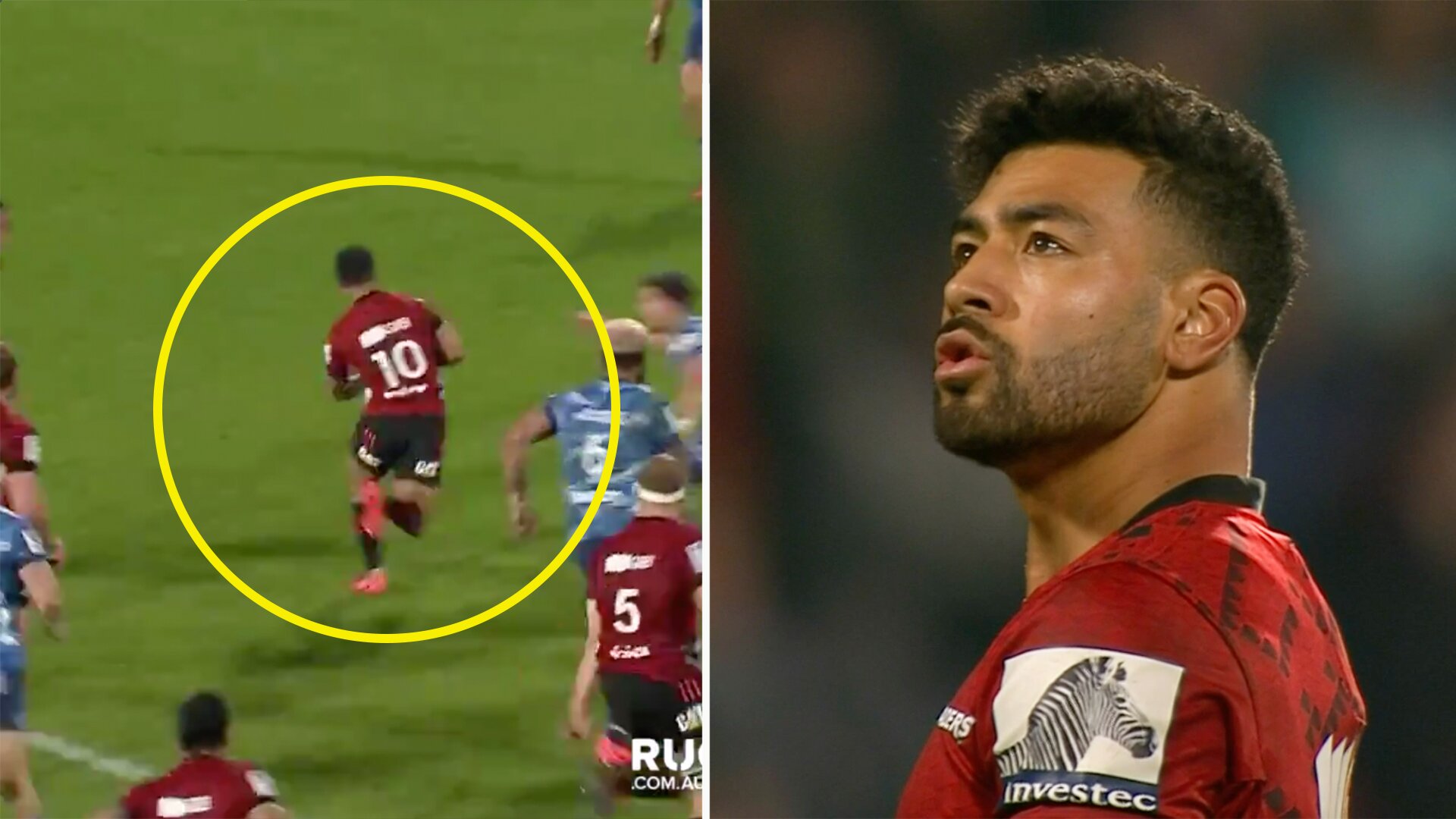 This game-changing performance from Richie Mo’unga was one of the best displays of attacking genius that we’ve seen from a fly-half.

The Crusader’s ten starred in a tense Super Rugby Aotearoa showdown in Christchurch against title contenders the Auckland Blues.

This was a special performance from the All Black fly-half.

The game had been a close-run affair up to the hour mark of play with the momentum firmly in the Blues favour.

Rieko Ioane scored a try under the posts which looked decisive – giving his side a 15-9 lead.

Crucially – the conversion attempt was charged down and this sparked the home side back into life – step up Richie Mo’unga.

The momentum was firmly back in favour of the Crusaders who were looking to continue a long-running unbeaten run at home.

The pivotal moment in the game came with a Mithcell Drummond try on the 60-minute-mark.

The All Black’s fly-half was instrumental in this score – throwing a double-pump miss pass out wide to George Bridge who only had to draw in the final covering defender to put in Drummond under the sticks.

This was as good as it gets from the Crusaders fly-half.

🔥 The @crusadersrugby take the lead!

Exeter Chiefs are dipping into the Cordero family rugby stocks once again, with the signing of Facundo Cordero, the young brother of former club favourite Santiago. The 21-year-old has signed a one year contract with the Devon club.

Puma star Santiago Cordero lit up the Gallagher Premiership during his time at the Chiefs and the coaching ticket are clearly hoping lightning will strike twice.

“We’ve signed a young man by the name of Cordero – Facundo Cordero,” Chief head coach Rob Baxter told the club website. “He is Santi’s younger brother. I thought the name Cordero would excite a few people as Santi was a huge fans’ favourite. He was popular amongst the squad and played exceptionally well for us during his time here.