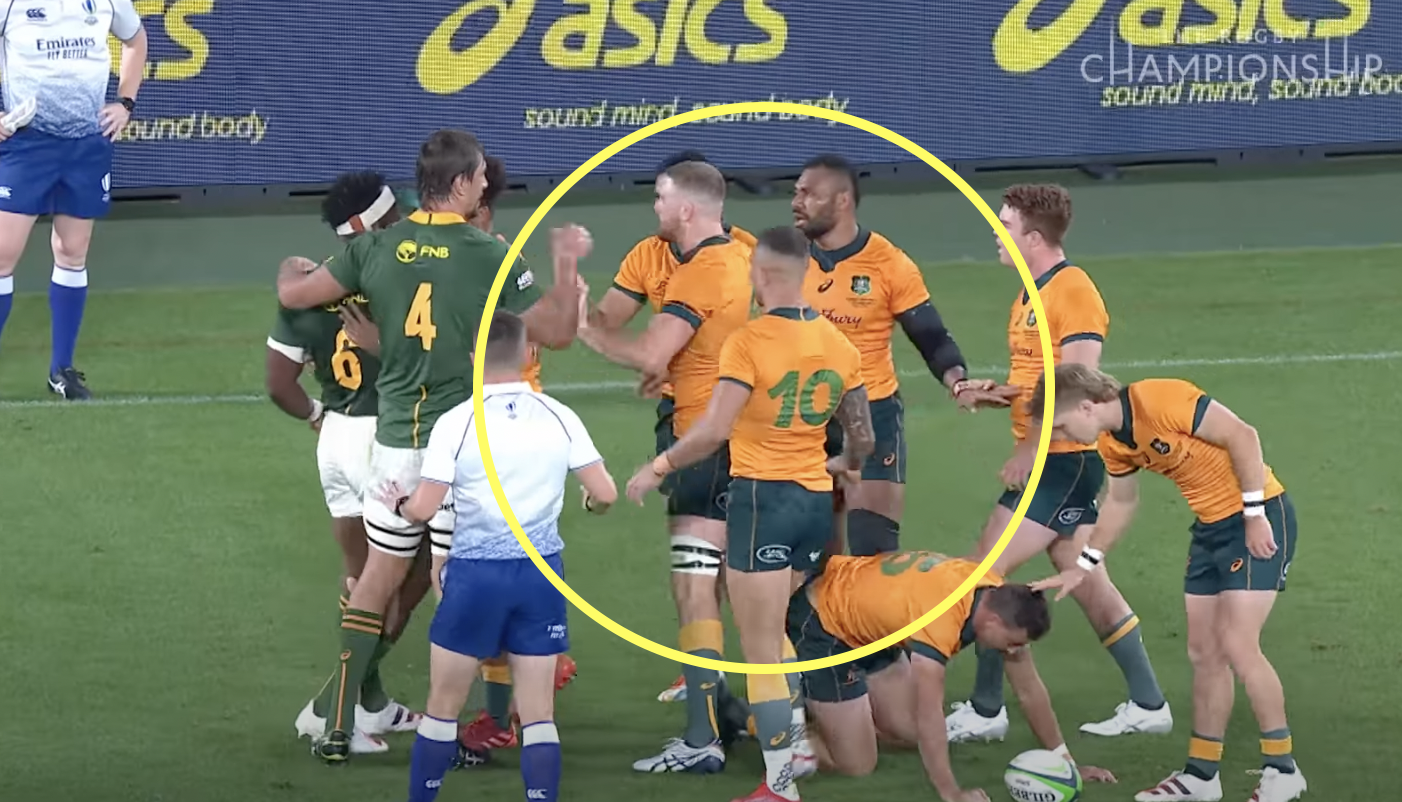 Rival fly-halves training together ahead of crunch Rugby Championship rematch

Australia fly-half Quade Cooper and his South African counterpart Elton Jantjies have been training together this week ahead of the two sides’ rematch this Saturday, but not in a way many would think.

With the two sides set to battle on the turf of the Suncorp Stadium in Brisbane later this week, Cooper and Jantjies have been trading blows in a boxing ring, in a bizarre twist before a crucial match. Neither player is a stranger to the boxing ring, as Cooper has a professional record of three fights and three knockout wins, having boxed on the undercard of some Sonny Bill Williams fights, while Jantjies boxed fellow Springbok Cornal Hendricks last year.

Jantjies shared a photo of himself and Cooper this week on social media after they had trained together. By the looks of it, the session remained good natured and the Jantjies did not exact revenge on the Australian for his 23 point haul against the Springboks on Sunday and kicking the match winning penalty in the final minute of the match.

Cooper commented on the post as well as sharing the same photo on his Instagram story alongside the caption “Always an honour working with other athletes getting to know them. Loved exchanging knowledge and experiences with my South African brother.” 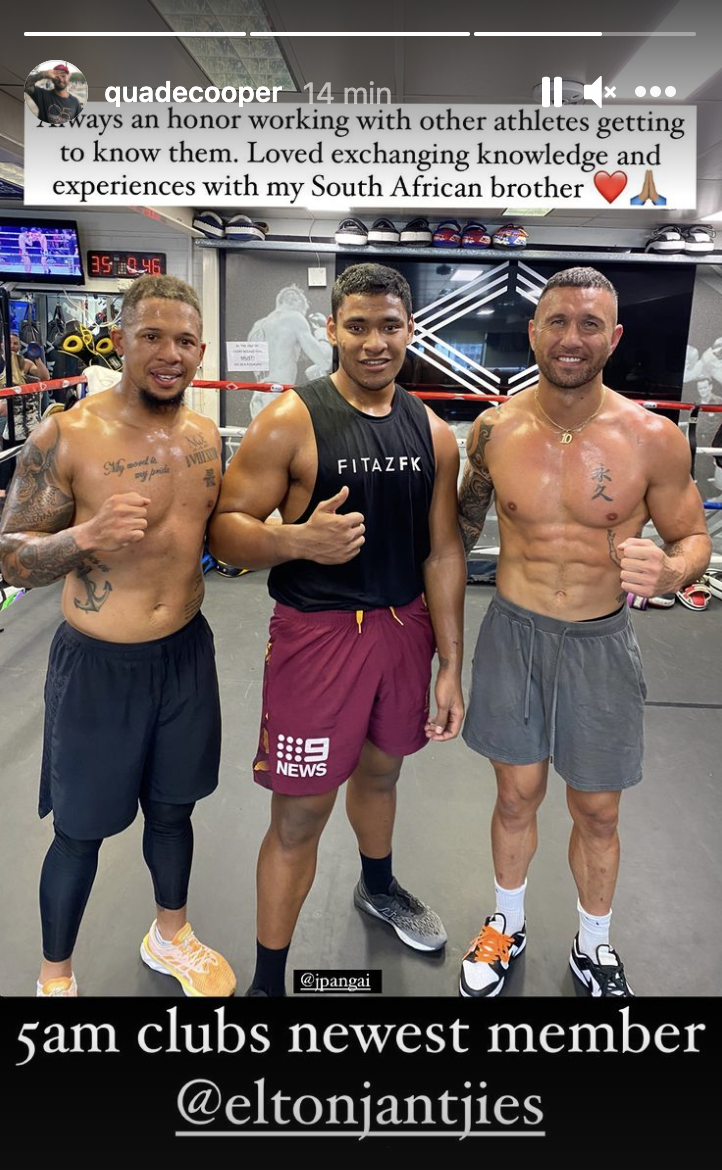 Jantjies did not actually play in the match on the Gold Coast last weekend in the Rugby Championship and has been overlooked again by Jacques Nienaber. Cooper, on the other hand, was more or less guaranteed to retain his place for the rematch with the Springboks following his heroics. The Wallabies are braced for a backlash from the world champions this weekend, as Nienaber’s side seek to stay within touching distance of the All Blacks in the Rugby Championship.