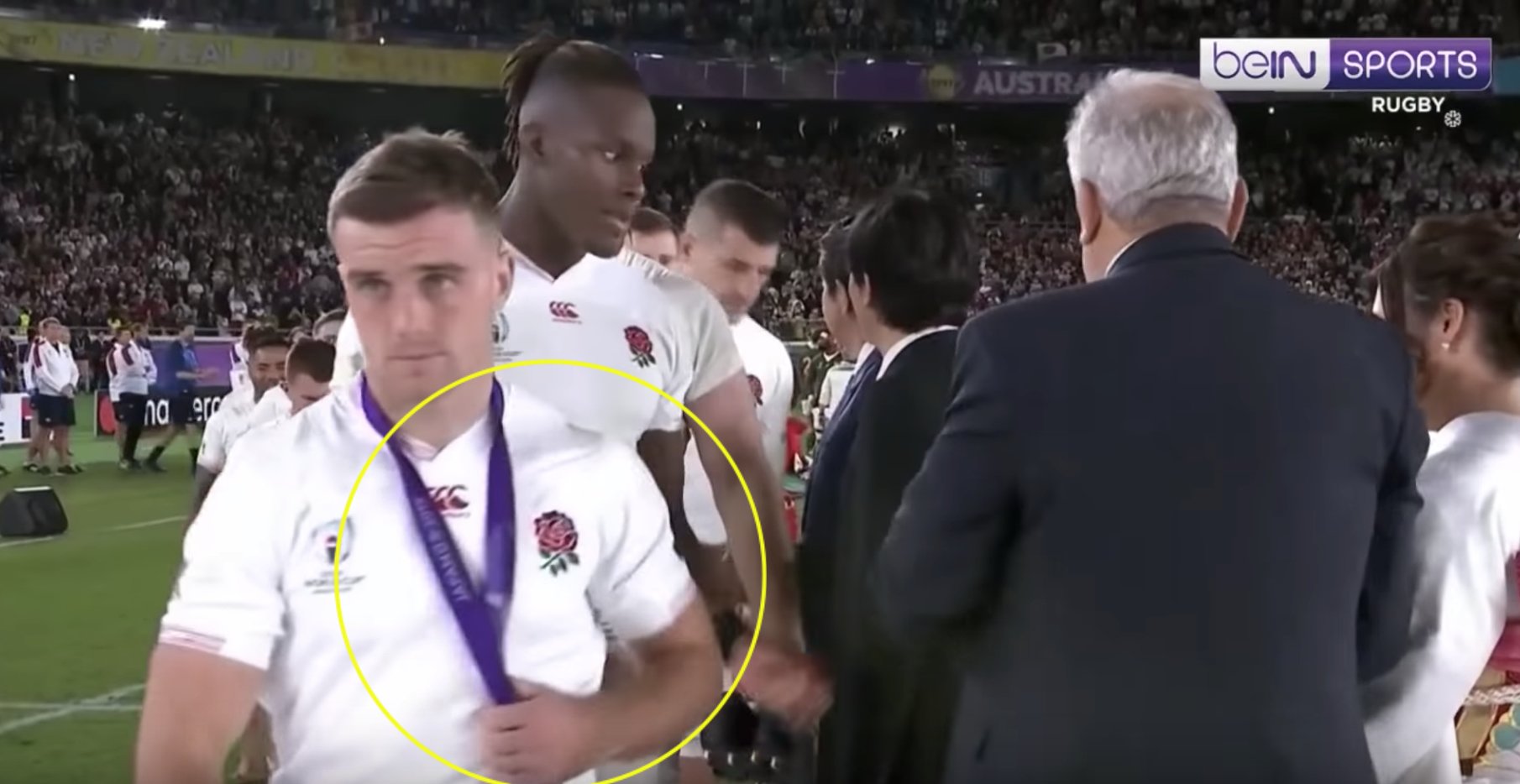 This is not a good look for England, after comprehensively losing to the Springboks in the final of the World Cup the men in white have done this, and rugby fans aren’t happy with what they’ve done with their medals since then.

South Africa put in a monumental performance to beat England, but it was the England team receiving the medals that has caused such a fuss.

From watching the replay, it appeared that almost EVERY SINGLE PLAYER apart from Manu Tuilagi did not wear their medal after the loss.

Maro Itoje even refused to let Bill Beaumont put it over his neck!

Fans online have been furious about this saying…

Ffion“im sorry but what!? taking the silver medals off right after recieving them. thats next level disrespect. new zealand were more than happy to recieve bronze but england throw a tantrum and refuse to wear a second place medal due to the fact that they didnt win and didnt get to lift the trophey? pathetic. some teams went away from the tournament with nothing, give your medals to wales or austrailia, they would be much more grateful. england beat the all blacks and came so far and theres no pride in that? shame.”

Sita Toofohe
“Manusamoa Tuilagi wore his medal 🎖 with pride to honor England 🇬🇧 and out of respect and for the supporters all over the world especially his family friends and love ones that supported him all the way from Samoa.”
Tom Stroll
“Itoje and Sinclair so disrespectful, no wander they lost to the Bokke. Not a good sportsmanship and that’s why I will never cheer for England team because they are so arrogant and a bad looser.”
“The unbelievable disrespect to take their medals off. The Japanese did a fantastic job putting on this world cup and went above and beyond for all the teams, yet England wont even show them the respect of wearing their silver medals.”
This was really not good from England at all.
Look at this clip here, respect to Manu Tuilagi for showing some respect to the tournament, everyone else however..
Rugby Onslaught
@kick_francis
Sharing