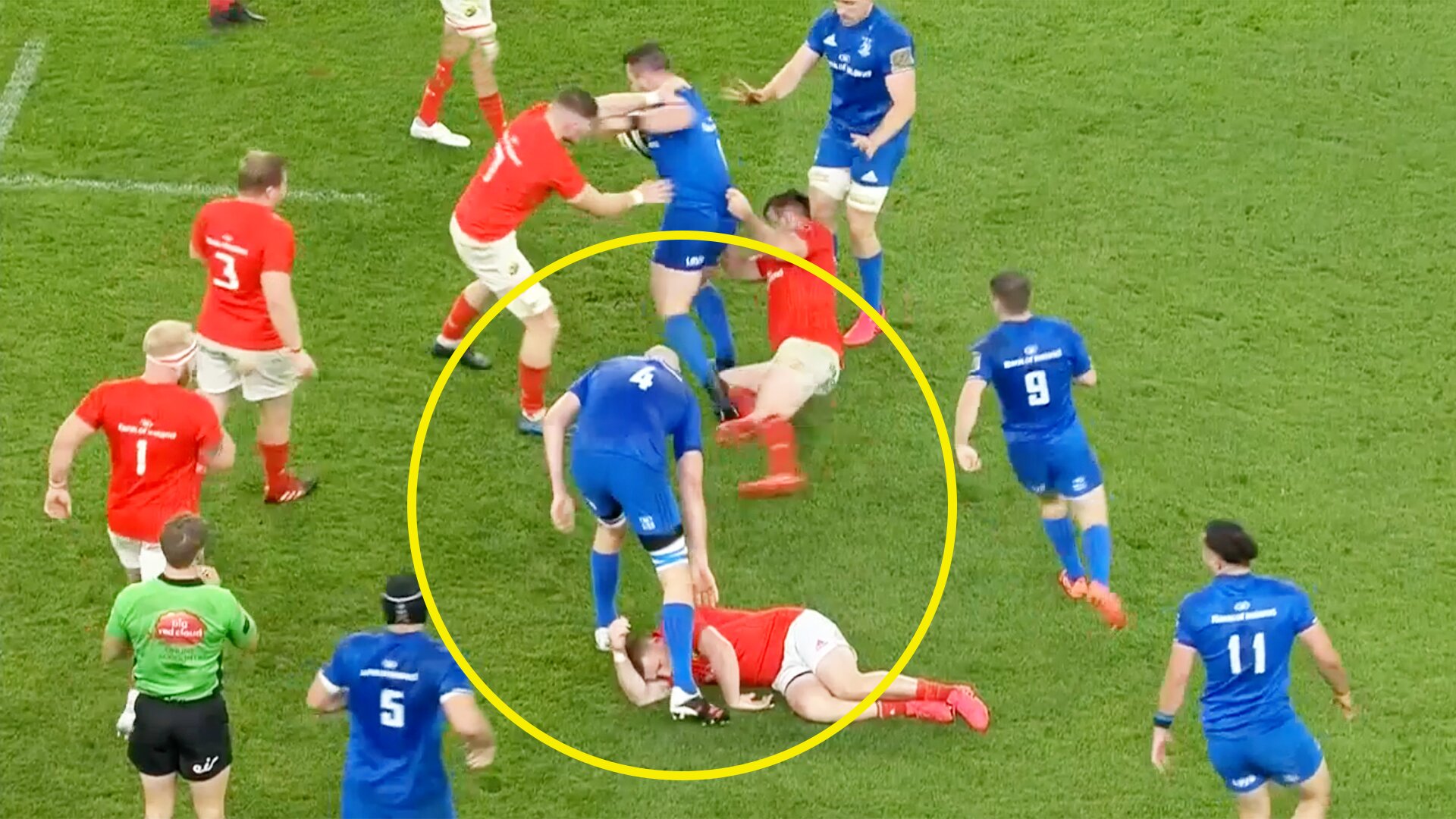 Devin Toner made headlines last night for this stunning moment in the hugely anticipated Pro 14 clash between Leinster and Munster.

Last night saw one of the highlights in rugby’s sporting calendar as these two Irish rivals locked horns at the Aviva Stadium.

The contest had been an attritional affair with neither side able to establish a strong attacking foothold into the game.

In the early stages of the second half we see Leinster flyer Jordan Lamour go off on one of his trademark mazy runs into the Munster half.

Andrew Conway comes up to challenge his opposite man in the tackle before taking a nasty bang to the head – rendering him immediately unconscious as the play carries on.

watch the powerful moment from last night’s game below

We see as Conway lies, incapacitated just inside the Leinster half, right in the thick of the action and at a serious risk of being trodden over.

As the phase moves closer to the injured player we see as Devin Toner performs an incredible deed for his opponent.

Devin Toner just stood protectively over an injured Andrew Conway as the play went on around them. True class.

Leinster finished the game as 13-3 winners in a low-scoring affair which saw them confirm their place in the last four of this years competition.