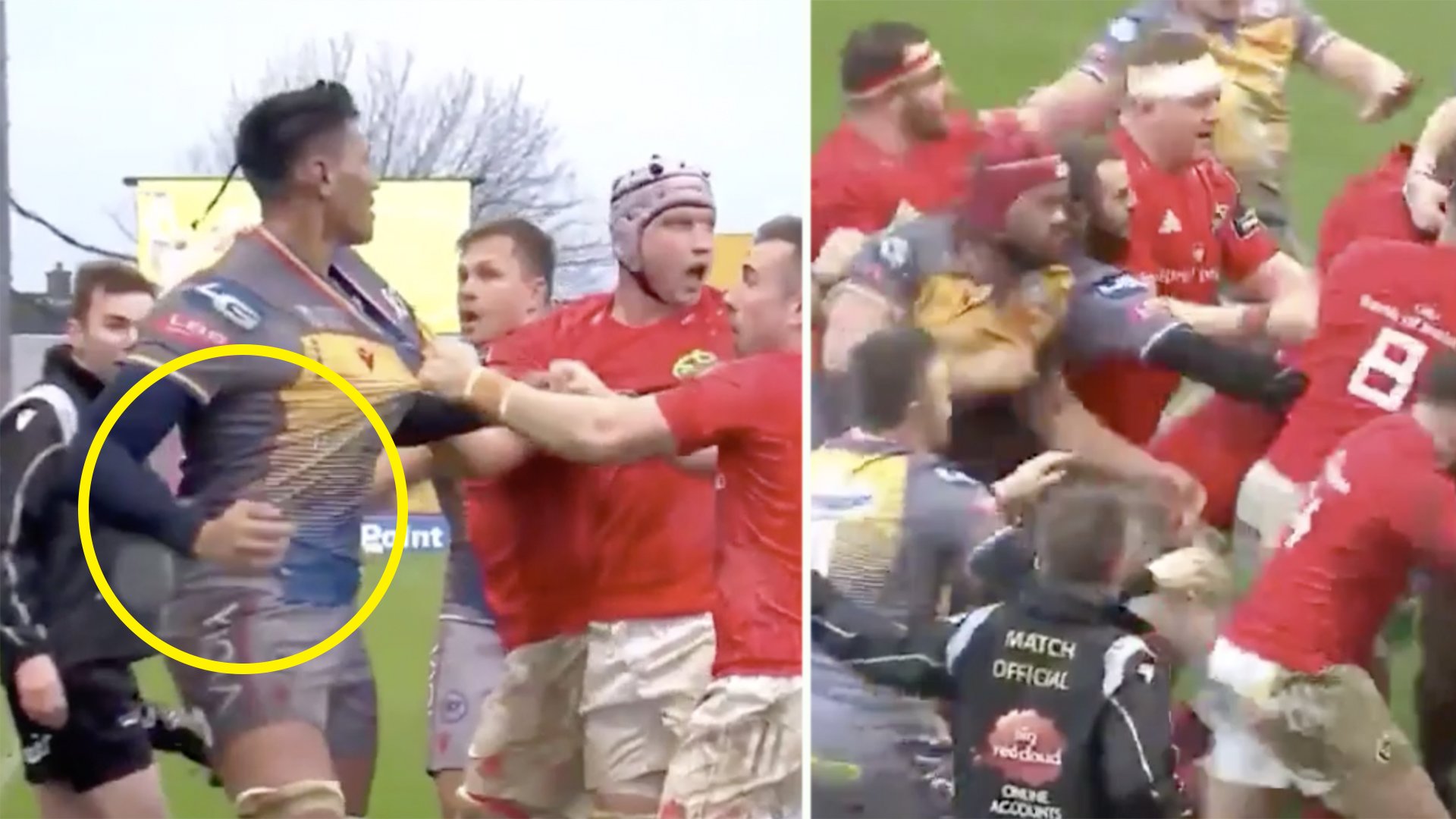 This is not what you want to see in our sport, two players being punched in the face in a rugby match. The incident happened in a PRo 14 match. Punches in rugby aren’t good!

The incident happened in a PRO 14 match between Munster and Scarlets when lock Sam Lousi started punching players in the face after an altercation.

In the match, players started tussling which is completely normal in a rugby match, however suddenly punches starting being thrown by the Scarlets second row.

In rugby it is common for players to be aggressive and to grab shirts, but throwing punches is very rare now.

Fans online were rightly disgusted by what they had witnessed.

Fair play Lousi. That was just fucking idiotic. Glad now I'm going out shortly and so will miss the 2nd half.

Here is a video of the actual punches that were thrown, this is not something that you want to see happen in our sport!

The lock is in line for a long lay off on the sidelines now as World Rugby has a zero-tolerance policy on this kind of behaviour in the sport.

It is hard to understand why the player would do this in today’s game when he knows how many cameras are watching every angle of the field. All we can think of is that he completely lost the plot.

The Scarlets were playing well in this match and it could be the case that this punch actually cost them the game in the end. Which makes this even more idiotic from the player.

Sam Lousi has had a history with his bad temperament, in the 2019 World Cup he was flagged a couple of times for aggression in the match against France, the signs were there all along.

It is very rare to see punches in rugby like this, we hope the players were not injured at all when the first made contact with their faces. Prayers and wishes sent their way.