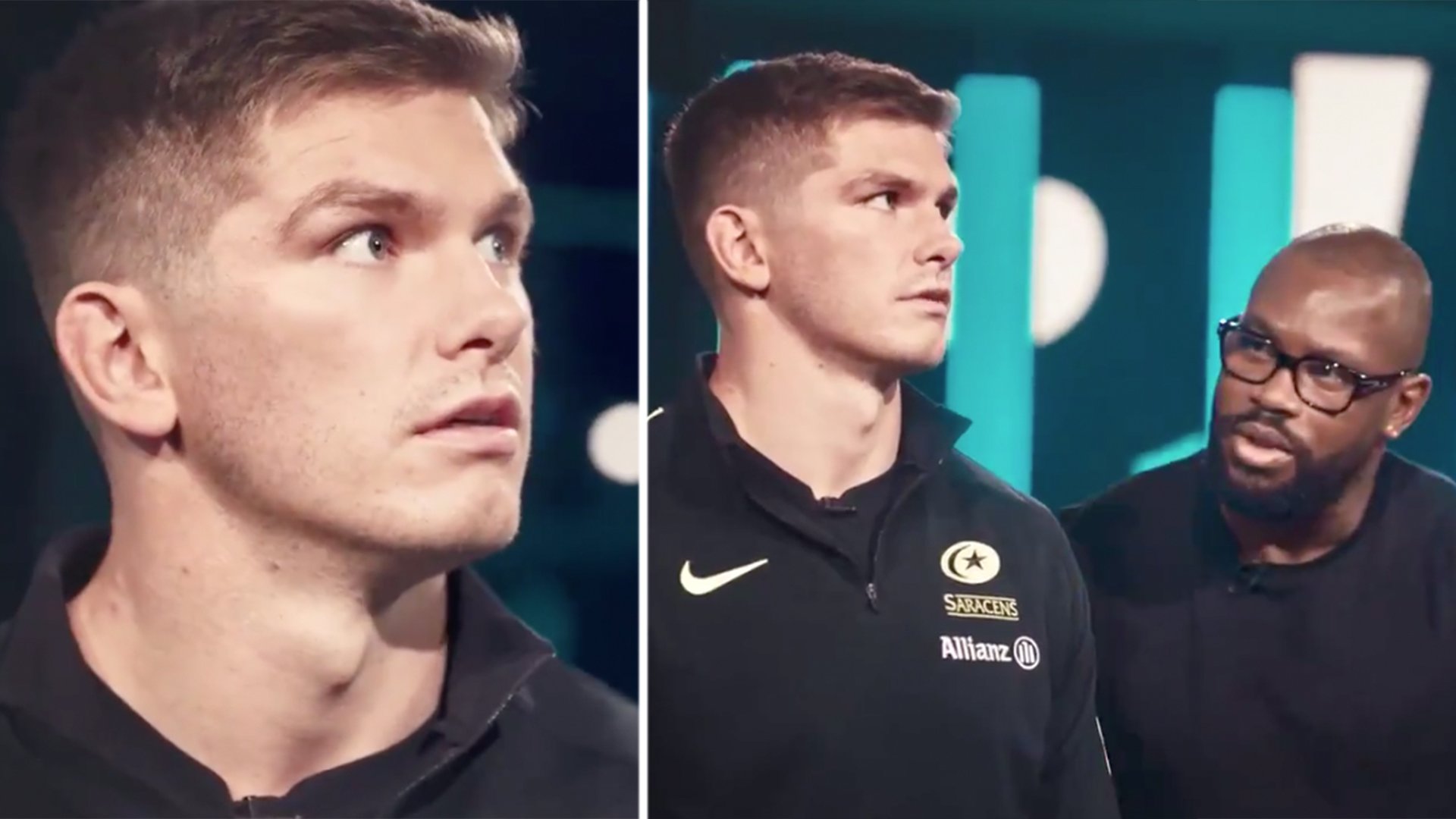 Owen Farrell being very funny is not something you see every day. But he was certainly was that in the hilarious clip that BT put out on their social media last night.

The England captain went on BT Sport last night to talk all things Saracens and England.

Farrell is known by many rugby fans for being a hard-nosed, straight0faced character, and he was the complete opposite of this in this hilarious video that went out last night at 6pm.

In the video Ugo Moyne goes up to Englishman asking him to show the fans what his kicking technique is like.

What happened next completely shocked us, in a good way.

Farrell rarely cracks much of a smile in front of the media as he is without a doubt one of the most media trained people that we’ve ever seen.

This skit was brilliant to see precisely because of that. Farrell being funny is quite a rare thing, and we don’t mean that in a savage way!

England takes on Ireland on Sunday in the Six Nations and Farrell will need to be on his very best form if they want to keep their Six Nations winning aspirations.

England men’s head coach Eddie Jones has named his 23-man squad to play Ireland in the third round of the Guinness Six Nations at Twickenham Stadium.

In the front row Joe Marler, Jamie George and Kyle Sinckler are named with George Kruis and Maro Itoje in partnership in the second row.

Courtney Lawes is named at blind-side flanker with Sam Underhill at openside and Tom Curry at number 8.

Ben Youngs starts at scrumhalf with Willi Heinz named as a finisher. George Ford and captain Owen Farrell will play flyhalf and inside centre. Manu Tuilagi is named at outside centre, returning to the side after missing the Scotland match through injury.

Elliot Daly is selected at fullback with Jonathan Joseph, who will win his 50th cap this weekend, and Jonny May on the wings.