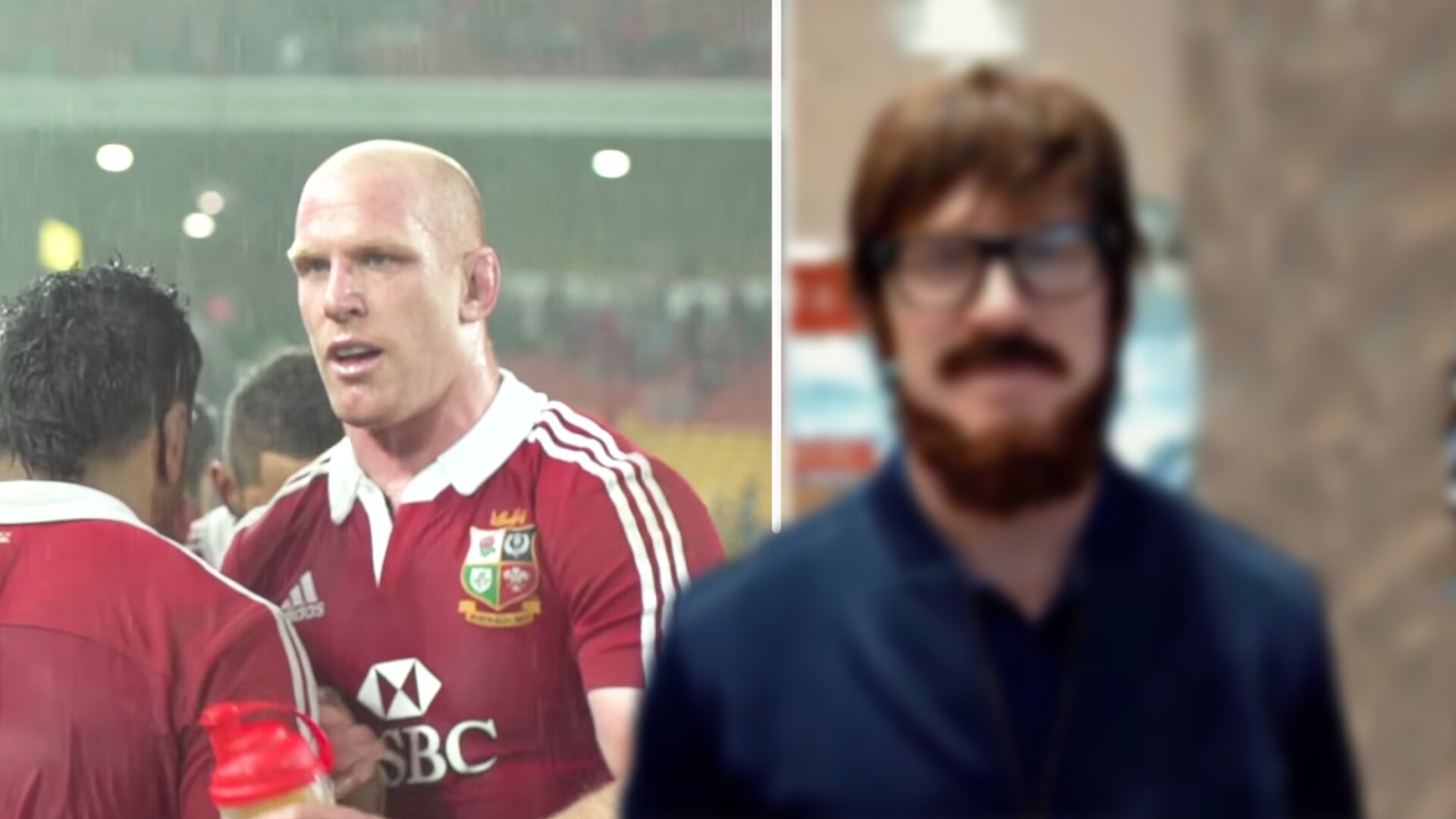 This is Paul O’Connell. Yes, you heard that right. The legendary Ireland second row and former Munster captain is almost unrecognisable with this incredible new look.

The 108 times capped rugby star has revealed a complete transformation in a new video that was aired earlier today with fans expressing their disbelief at the lock’s new look.

Have we ever seen a facial transformation quite like this?

Paul O’Connell hung up his test rugby boots in 2015 and has been a regular voice in punditry for international rugby since then.

The 6ft 6-inch second-rower has toured three times with the Lions as well as starring in their Grand Slam winning campaign in 2009. A legend at Thomond Park, O’Connell has made 178 appearances for Munster in a glittering career for the Limerick side.

Fans were shocked when Paul revealed his unrecognisable transformation to his followers earlier today. See for yourself in the video below.

Behind the Scenes peak into Paul O’Connell’s day on the checkouts… 😉 pic.twitter.com/AfvQAAqPMj

Former England captain Chris Robshaw and his Barbarians teammates who broke coronavirus protocols last week will not face a police investigation. Footage emerged on social media over the weekend showing a group from the invitational club engaging in a drinking session at the Running Horse pub in Mayfair.

Robshaw was present along with Sean Maitland, Jackson Wray, Joel Kpoku, Fergus McFadden and Manu Vunipola and the group of Barbarians appeared to break a number of coronavirus regulations.

“The Met will not investigate COVID breaches retrospectively unless they are the most dangerous and flagrant breaches of the regulations. The Met is not investigating this incident,” a statement read.

While police action has been ruled out, there could still be RFU consequences as disrepute charges could be issued if David Barnes, the head of discipline, finds there are cases to answer.

“We are incredibly disappointed to be calling a halt to this fixture, we know how much fans were looking forward to seeing the teams play,” said RFU chief executive Bill Sweeney following the cancellation. “However, our priority is to protect the health and safety of the England squad and the other international teams they will go up against this autumn.