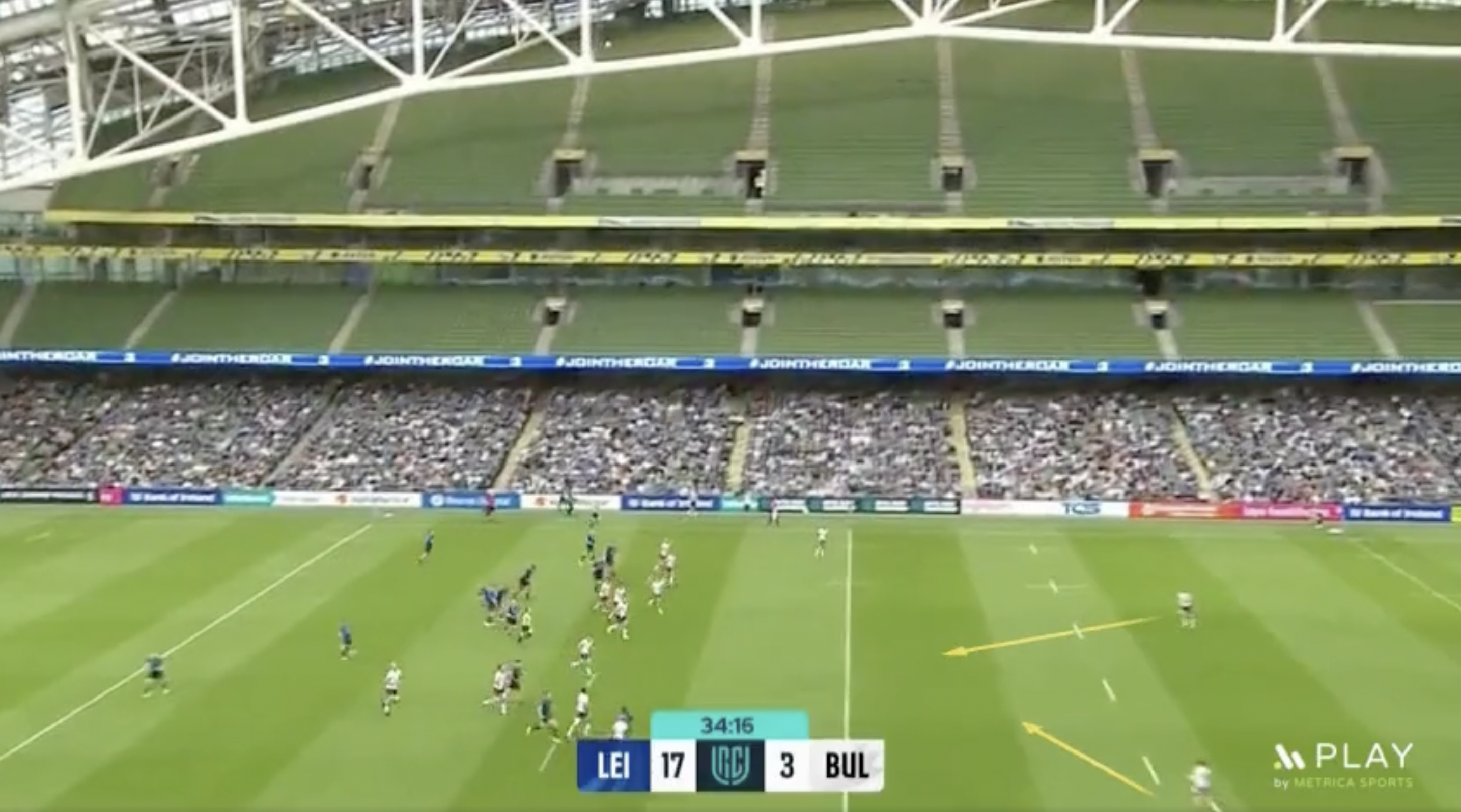 The Northern Hemisphere is gradually getting used to the new Laws in the game, one of which is the 50:22 kick.

The main objective of this Law tweak is to create more space in the defensive line as defending teams put more players in the back field to guard the touch lines of the 22.

But rugby guru Brett Igoe has highlighted another knock-on effect of the 50:22 Law, which is the space that is just behind the defensive line. In this situation, an attacking team will have to be in their own half to achieve a 50:22, meaning the defensive line will be roughly stationed on the half way line. With the other players covering the 22, that leaves quite a vast space in between that could be unguarded.

Igoe wrote on Twitter: “While teams try to prevent a 50:22 – it has opened up other areas of the field. Munster & Leinster both exploited it vs Sharks & Bulls. The shallow kick or the midfield bomb to draw the back 2 forward – will be interesting to see this evolve over the weekend.”

while teams try to prevent a 50:22 – it has opened up other areas of the field. Munster & Leinster both exploited it v Sharks & Bulls. The shallow kick or the midfield bomb to draw the back 2 forward – will be interesting to see this evolve over the weekend #URC #rugbystrategy pic.twitter.com/ijMO4SSrGg

Igoe highlighted how Munster and Leinster exploited this space behind the defensive line with kicks, but more and more teams will clock onto this as the weeks go by. Of course, defensive teams will grow wise to this as well, and it will cause changes in the way they defend, and that will inevitably have knock-on effects and so on. That is the nature of new Laws that are introduced.

As one of the objectives of the 50:22 Law was to create more space to keep ball in hand, the fact that it could encourage more kicking will lead to criticism. Then again, these will be far more attacking kicks, which may not be as infuriating for spectators. A try from the All Blacks against Australia in this year’s Rugby Championship was an example of how to execute these attacking kicks perfectly.