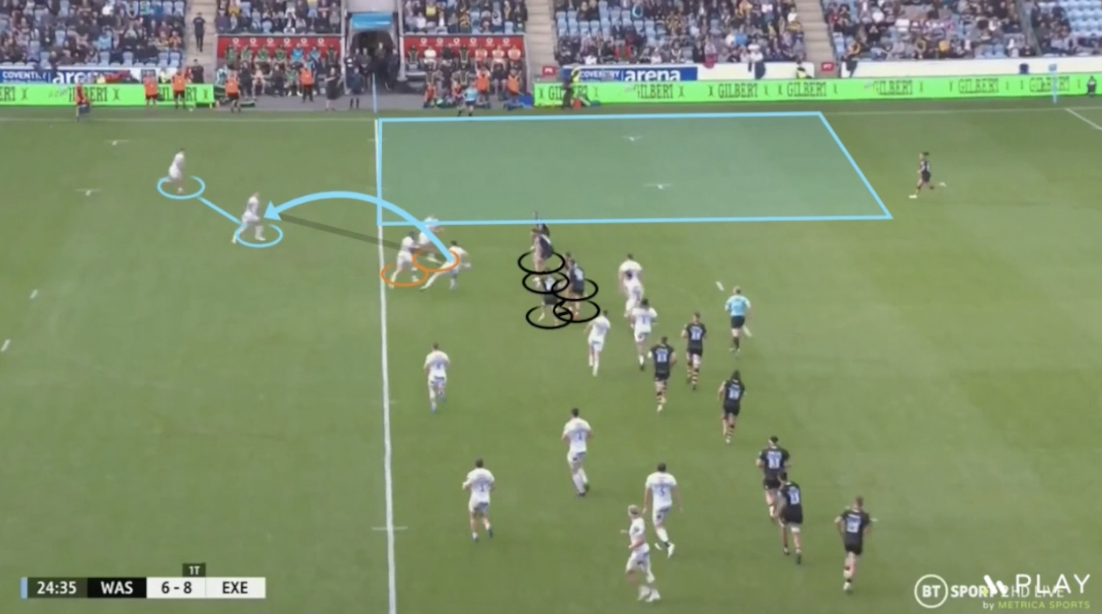 Rugby guru outlines the genius of Exeter’s try against Wasps

Exeter Chiefs overcame Wasps 27-23 on Saturday at the CBS Arena with an impressive comeback having trailed at half time.

Though they marked the win with two powerful tries from Sam Simmonds and Jonny Hill in the second half, their backs lit up the match in the first half with two scintillating finishes of Henry Slade and Facundo Cordero.

The Argentinian’s finish was high class as he skinned Marcus Watson on the outside, which is no mean feat. While this looks like an immense solo effort, there was a lot going on beforehand which created the space for the winger to exploit. The Analysis Guy has outlined perfectly on YouTube how well worked this try was from the Chiefs, as the entire attacking line played a pivotal role in creating the space out wide from a lineout.

Despite these flashes of brilliance in the first half by the Chiefs, the second half was much more attritional as they fought their way to victory. Head coach Ali Hepher praised his side for their spirit in the second half having trailed at the break.

“Lots of sides would have melted away with the way they held us out,” added Hepher. “Full credit to our guys, they kept going, they stuck in there, and in the end we got our rewards. Certainly, we’re looking better than we were a couple of weeks ago when we were bottom of the table, but we’ve got to keep pushing forward.

“We’ve got a little bit of momentum behind us and we’re moving in the right direction. As I said, though, there are still things we need to work on and things we need to get better at. We’ll look at that on Monday and, hopefully, we will be better again next week [against London Irish].”