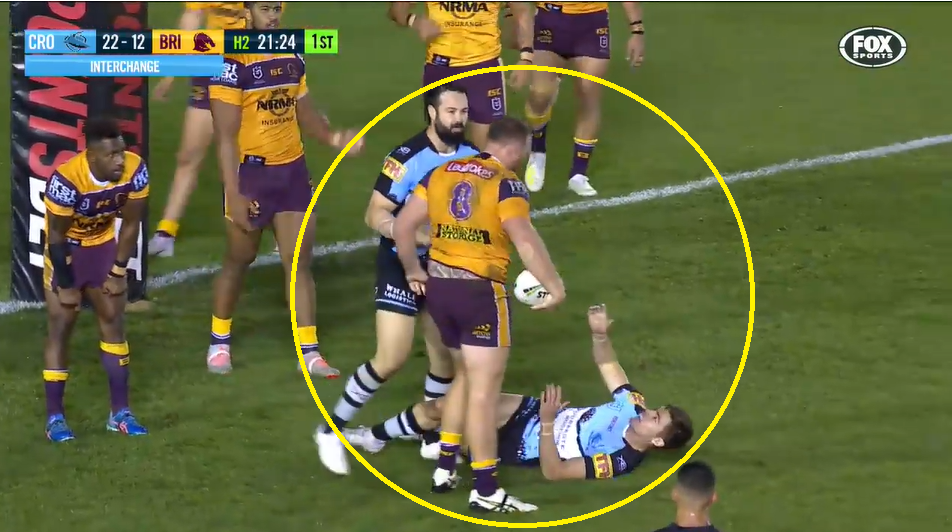 Rugby League nutter Matt Lodge looked to have lost the plot when he tripped Sharks playmaker Kyle Flanagan with a move that looked like it came straight out of a MMA bout.

However, replays told the full story in this sorry tale.

Teams have gathered in São José dos Campos on the eve of the World Rugby U20 Trophy 2019, with the stage set for a thrilling showcase of the best up-and-coming talent at the annual global age-grade tournament, which kicks off on Tuesday.

Taking place in Brazil for the first time, over four matchdays from 9-21 July, the World Rugby U20 Trophy will build on the momentum generated at last year’s record-breaking tournament as teams battle it out for the title and the coveted prize of promotion to the World Rugby U20 Championship 2020.

Hosts Brazil, competing in their first U20 Trophy, will take on 2017 champions Japan, along with Kenya and Uruguay in Pool A, while Tonga, Canada, Portugal and Hong Kong will face each other in Pool B.

All teams will be looking to build on the thrilling, attacking play witnessed in 2018, which saw an incredible 1,164 points and 166 tries racked up across 16 action-packed matches at the tournament in Romania, where Fiji were crowned champions following a 58-8 victory over Samoa in the final.

This year, Japan who return to the U20 Trophy following their relegation from the U20 Championship in 2018, will be hoping to regain their spot in the elite competition next year. They will face stiff competition from the other seven teams in Brazil.

Joining them from Asia are Hong Kong, who are looking to build on last year’s best-ever finish of sixth, while hosts Brazil are competing for the first time and eager to put on a good show.

Also representing South America are Uruguay, the inaugural champions in 2008 and the most experienced team in terms of matches played at this level. Los Teritos have won 56 per cent of their 36 U20 Trophy matches, the same ratio as Tonga, whose best finish was runners-up to Japan in 2014.

Kenya’s surprise qualification at the expense of African rivals Namibia sees them return to the U20 Trophy line-up for the first time in a decade, while Canada will hope to go one better than their second-place finishes of 2013 and 2015 having seen off the USA in the qualification process.

Portugal have medalled at the last two tournaments and many of the players on show in the Uruguay and Romania teams have already been capped at senior level, proving that the U20 Trophy is just as rich a pathway to higher honours as its sister competition, the U20 Championship.

World Rugby Chairman, Sir Bill Beaumont, said: “The World Rugby U20 Trophy is a fantastic platform offering the sport’s future stars from emerging and established rugby nations a chance to shine on the global stage. More than 470 players have so far made the transition from appearing in the U20 Trophy to achieving senior test player status for their country and I would expect even more to make that progression in 2019.

“The U20 Trophy is also a proven development pathway for teams seeking to compete at the elite level of the sport and an important component in our mission to grow the global game. I have no doubt that this year’s tournament will entertain, excite and impress in equal measure and I cannot wait to see what the teams have to offer over the coming fortnight.”