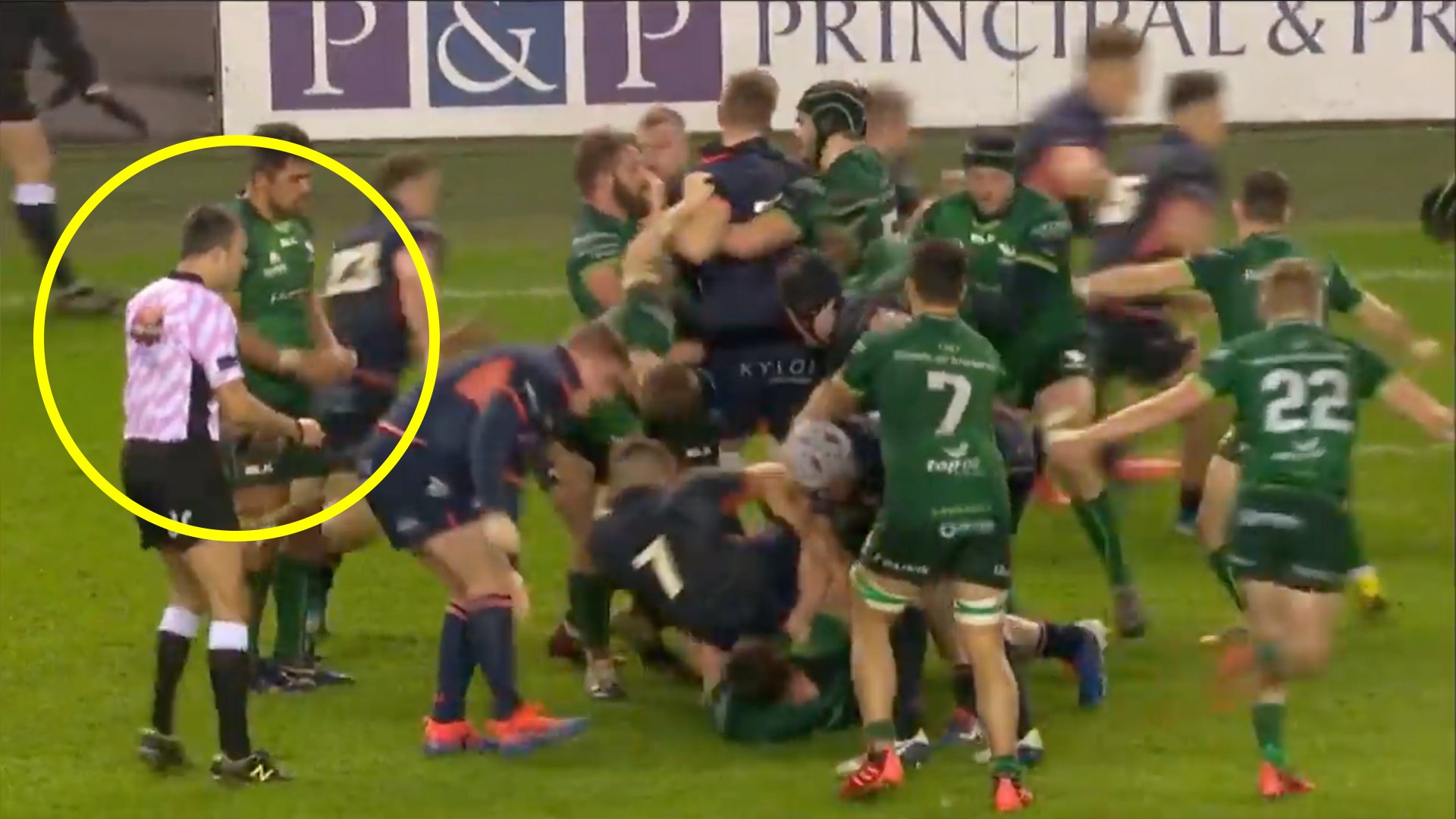 The referee struggled to maintain control in the PRO 14 match between Connacht and Edinburgh last night as brawls broke out across the game. It was chaos!

There were 4 yellow cards in 10 minutes in this match in Scotland as both teams boiled over to the point of farcity.

The sin bins were given for fighting, tripping and high tackles, this really was a bitter affair.

The referee tried his very best to maintain control in the match but it was evident that tensions were boiling over to the point that there was some serious conflict in the game.

Here is a video of when things properly tipped over…

Edinburgh maintained their unbeaten home run in all competitions when they claimed a well-deserved 41-14 PRO14 bonus-point win over Connacht in tricky conditions at Murrayfield.

The result keeps Richard Cockerill’s men at the top of Conference B and on track for a play-off spot.

The hosts recorded penalty tries and touchdowns by Simon Berghan, Pierre Schoeman and Duhan Van Der Merwe, plus three conversions and two penalties from Simon Hickey. For the visitors, Tiernan O’Halloran bagged a double and Jack Carty added both conversions.

A couple of spillages in the opening few minutes offered an insight into the problems created by tricky overhead conditions and the slow start to proceedings continued with a lengthy interruption while Connacht prop Finlay Bealham received treatment before leaving the field. referee chaos

On the resumption, Edinburgh were handed the first scoring opportunity with a 35-metre penalty, Hickey banging over the kick to open the scoring. A scrum offence 10 minutes later offered the home side a chance to extend the lead and, with the wind at his back, Hickey drilled his effort between the sticks to double the tally. referee chaos

Connacht had a chance to build some pressure with a penalty that was dispatched into touch close to the home line. However, they failed to secure the subsequent throw and allowed Edinburgh to regain the initiative.