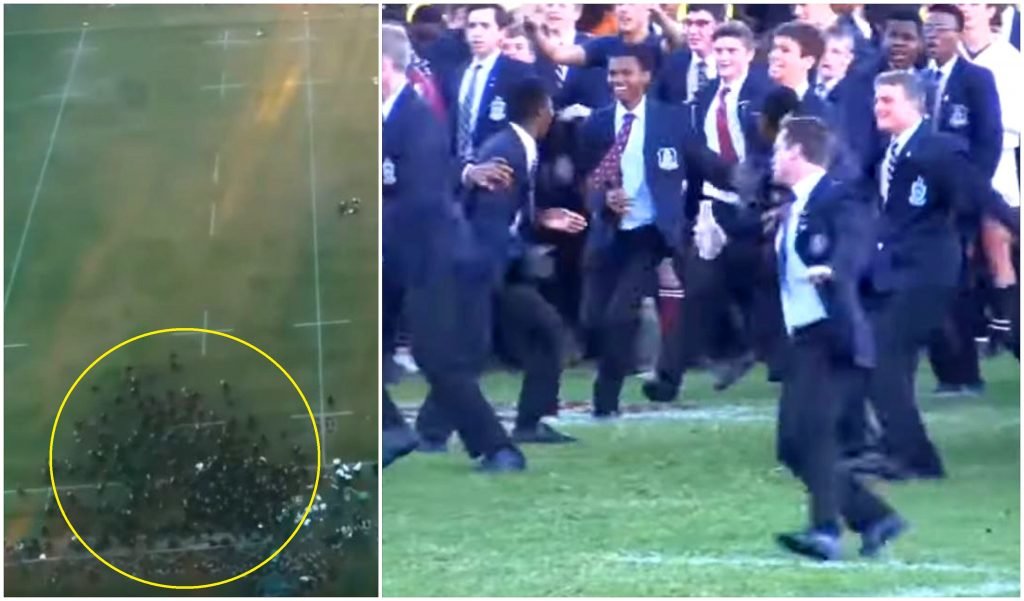 The Kearsney Boys storm the field early at the end of a dramatic schoolboy match in South Africa between Michaelhouse and Kearsney.

On a weekend where their local rivals in the South African conference suffered defeats, it was the Emirates Lions who made up lost ground with an important 29-28 win over the Brumbies in their Vodacom Super Rugby match in Johannesburg on Saturday.

Earlier on Saturday the Cell C Sharks gave another impressive away performance but had to settle for a 29-23 loss to the Chiefs in an exciting encounter in Waikato, Hamilton.

The Vodacom Bulls lost their Friday evening encounter 45-13 against the Crusaders in Pretoria, while the Jaguares went down 32-27 to the Highlanders in Dunedin. The DHL Stormers had a bye this weekend.