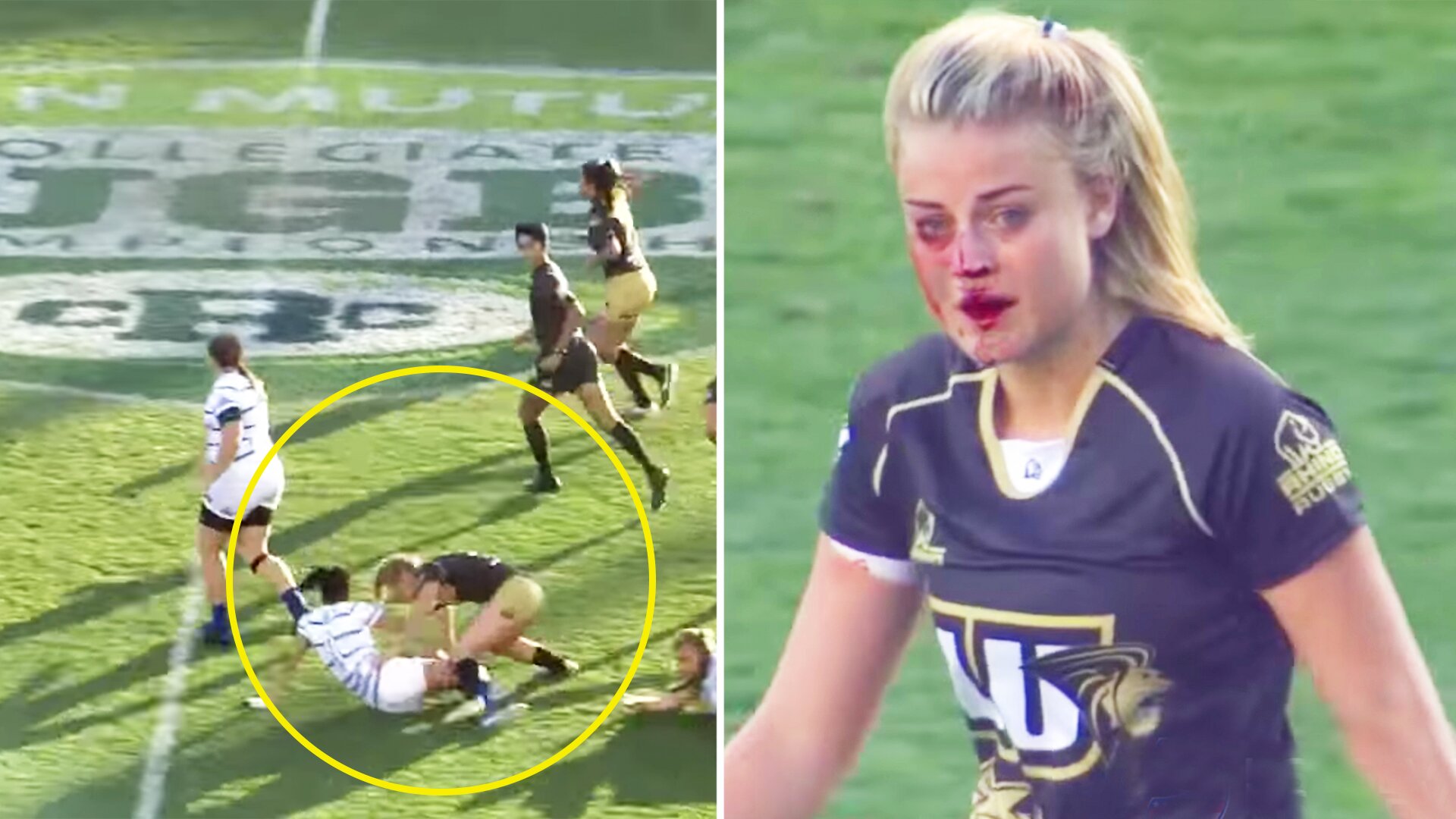 You have to be hard to play rugby – this really takes it to the next level!

This footage comes from a sevens match played back in 2015 for Lindenwood University. The player in question Australian player Georgia Page.

This is genuinely terrifying footage.

We see as she takes a hard hit right to the face in a tackle.

Momentarily she’s on the floor and it looks like she’s about to receive medical attention but seconds later she bounces up and sprints back to get back into the defensive line.

We watch as the play carries on for a few phases until it returns to her side of the field.

There’s a gasp from the crowd as she puts in a thumping tackle on an onrushing attacker before bouncing up again to clear the ruck.

Watch the incredible video with the link below

The list of contract extension announcements at Saracens has continued its recent momentum with the decision by England and Lions back Elliot Daly to commit his long-term future to the club despite the impending 2020/21 campaign in the English Championship.

Regardless of the prospect of dropping down a league level next season due to punishment for repeated salary cap breaches, Saracens have managed to keep hold of multiple front-line players who have hopes of touring with the Lions in South Africa in 2021.

Jamie George and Mako Vunipola – two of those tour hopefuls – confirmed their commitment to the Saracens cause in recent days and Daly, who joined the club in 2019, has now chipped in with his support to help the Londoners secure promotion back to the Gallagher Premiership for the 2021/22 season.

The extension afforded to Daly will see the 27-year-old remain at Saracens until 2023 following a debut season at the club that started brightly but was stalled by the suspension of rugby due to the coronavirus pandemic. He managed just seven appearances but will hope for many more now that his deal has got three more years to run.