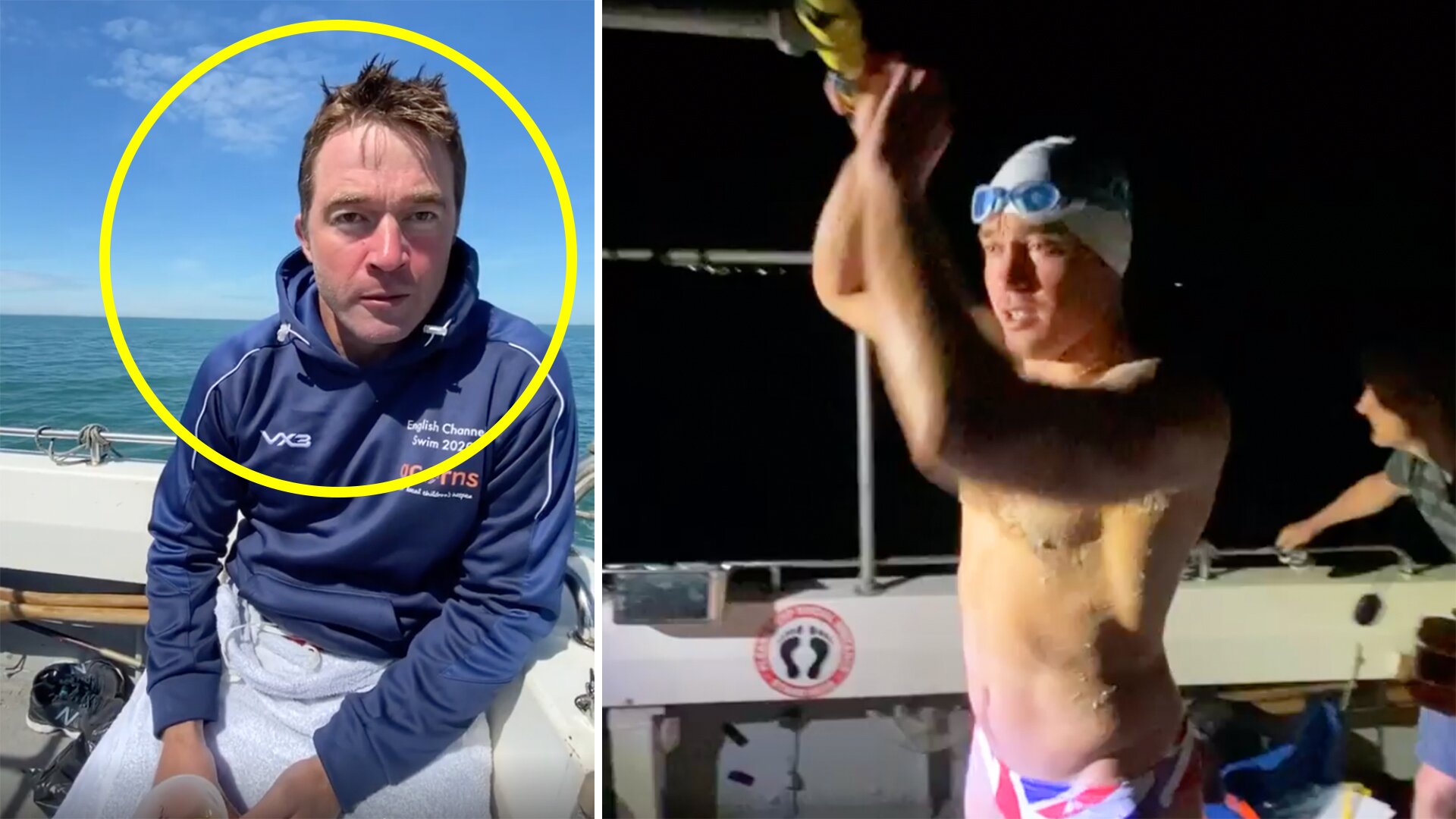 A rugby player who swam the English Channel for charity has revealed just how incredibly crazy his journey was. Groves swam the channel in 13 hours and 11 minutes reveal his story on social media.

The Worcester Warriors back, who retired from the sport in 2018, decided to swim from Dover to France yesterday, documenting his insane journey.

The 32-year-old swam from 4 in the morning through the night, landing in France in the late afternoon sun.

It was only today that Alex revealed just how much of a horror swim that it was for the young man. In a candid video interview, filmed by his brother Oli, the Worcester man revealed just how strange the journey was. The rugby star completed the English Channel swim in a slow but respectable time.

‘So about 65 Jellyfish, 3 seals and 2 refugee boats, the first three and a half hours were an absolute battle’.

In a revealing video, he spoke about having to swim around refugee boats and seals on his gruelling marathon swim.

More about his incredible swim…

On 1st August 2020, I will attempt to swim the 21 miles across the English Channel in aid of Acorns Children’s Hospice. Acorns provides babies, children and young people aged 0 – 18 years who have life limiting or life threatening conditions and associated complex needs with a network of specialist palliative nursing care and support.