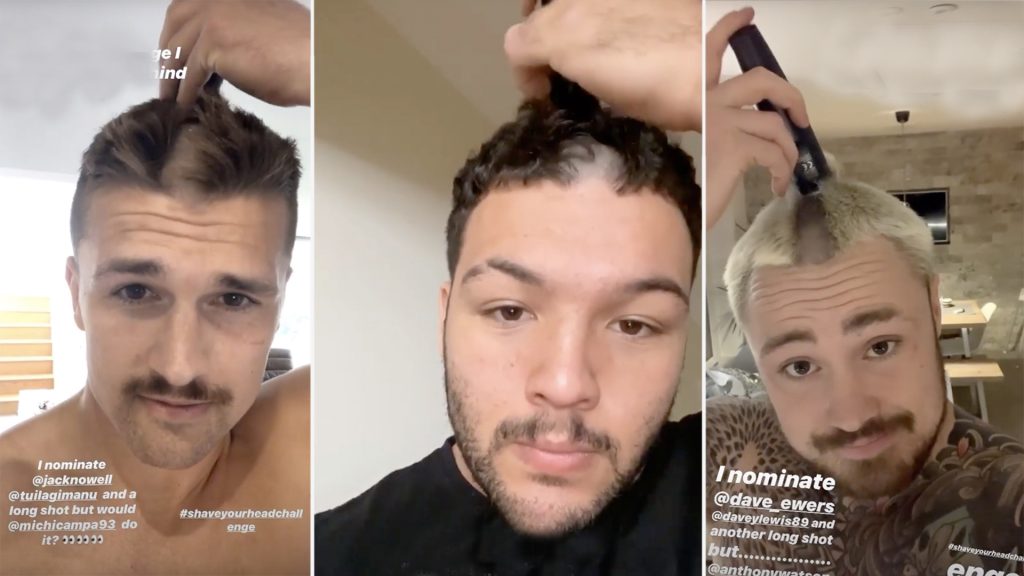 Famous English rugby players have suddenly started to shave their heads on their social media, and it has rugby fans very confused.

As the grips of social isolation take it’s toll on the rugby public, people have started doing different wild and wacky things to keep their minds occupied.

One England player (Genge) got annoyed and challenged some of the team to shave their heads, and now loads are doing it. Top chat. pic.twitter.com/B1doGvb29Z

One question that has arisen among the quarantine is, “how will I be able to get my hair cut”.

It looks like some English Internationals have found the answer to that, shave it all off yourself.

The challenge involved shaving all your hair off then encouraging a mate to the exactly same thing. The likes of Ellis Genge, Henry Slade and Jack Nowell have all got involved so far.

Exeter Chiefs foward Dave Ewers also got into the challenge too.

Will we see more rugby players brave the shave as their favourite barbers are stuck indoors?

Dave Ewers at it too! pic.twitter.com/UWW1Cy0qs0

The 25-year-old British and Irish Lions representative received nearly 58 percent of the vote from fans on RugbyPass‘ Facebook and Instagram accounts as part of the Straight 8 Fan Vote campaign to determine the best player on the planet in each position.

Itoje and Etzebeth were left as the last players standing going into the third and final round of voting after both players emerged unscathed from the quarter-final and semi-final stages of voting.

After having dominated Etzebeth’s international teammate RG Snyman in the first round with 73 percent of the votes, Itoje backed that up with the same winning margin over Irish star James Ryan in the semi-final.

It wasn’t such smooth sailing for Etzebeth, who claimed 58 percent of the votes in his quarter-final match-up with Wales skipper Alun Wyn Jones, before controversially seeing off All Blacks powerhouse Brodie Retallick with only 50.5 percent of fans’ backing.

Etzebeth’s shrinking winning margin eventually cost him in the final, though, as Itoje’s glittering career to date proved to be too much to turn down. rugby players shave