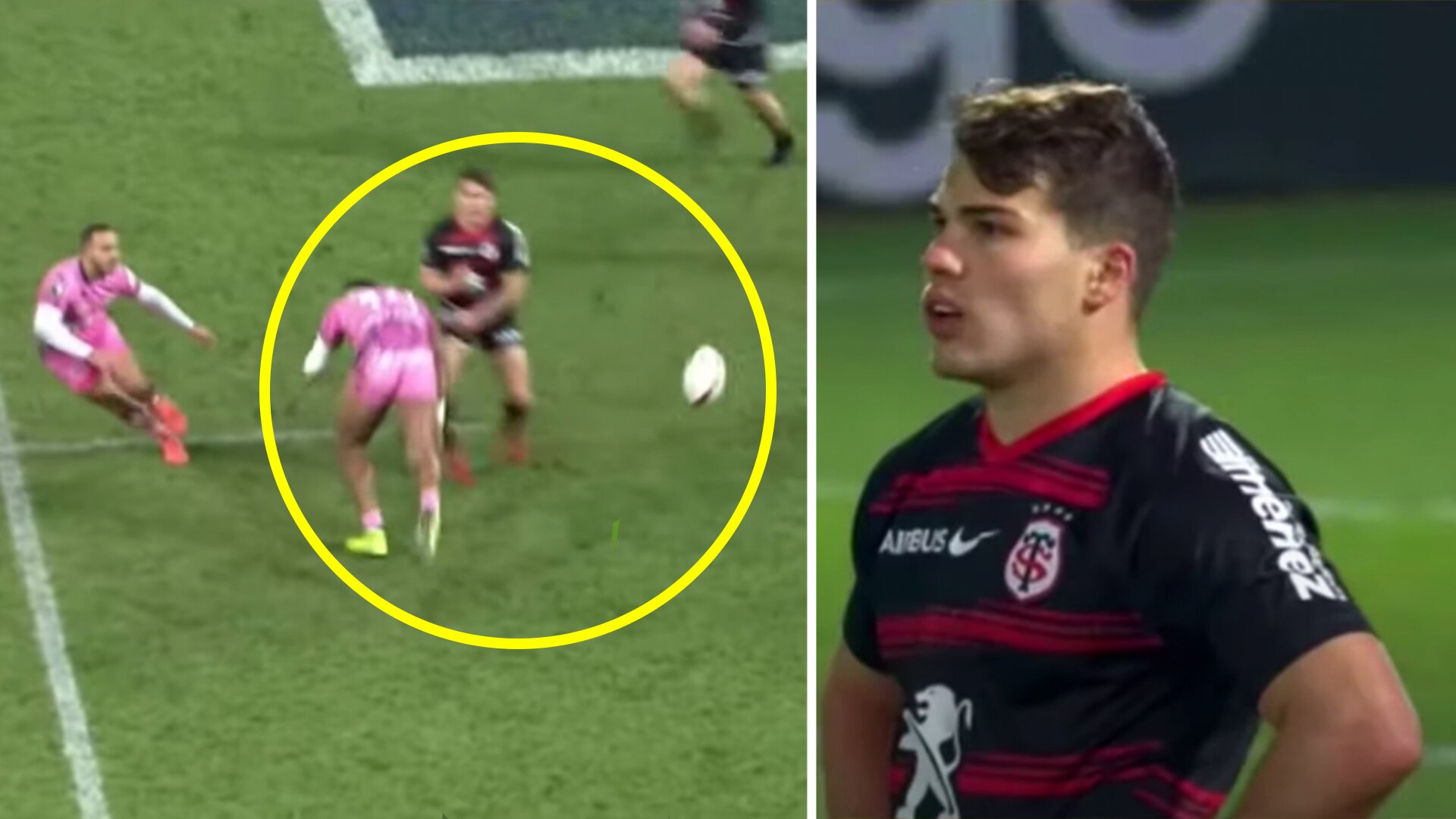 French scrum-half Antoine Dupont was mesmerising rugby fans again this weekend in the Top 14, this time he made a pass that was so good that many fans thought that it was illegal.

Toulouse took on Stade Francais in the tournament this weekend and they won the match convincingly in a 48-24 victory.

All eyes on were French rugby superstar Antoine Dupont again as he scored a try early in the game, and also set up a sensational try in the match.

However, a tap tass that the 24-year-old made was so good that many fans believed that it was in fact illegal.

This was the first try that he scored, he made a brilliant run, showing his exceptional speed to help.

Fans were even joking about just how reliable he is as a teammate by running support lines for his teammates. He is the ultimate team player.

Antoine Dupont when he sees a teammate make a line break #STSFP pic.twitter.com/bLUloeCELo

To score a try like this, that is normal for Antoine Dupont.

It was an assist he made for another try later in the game which really displayed just why so many rugby fans are calling this young man the best 9 in the world.

In the 51st minute of the match, Toulouse made a clearance kick that was heavily chased by the likes of Dupont and others.

As the ball bounced awkwardly, the French scrum-half decided to make a quick ‘basketball’ pass to the left to his teammate on the left-wing.

There was a question about whether the pass itself went forwards or backwards. After much deliberation, the referee awarded the try, and Dupont was granted yet another spectacular addition to his highlight reel.

Here is the sensational pass he made. Is he the best scrum-half in the world?