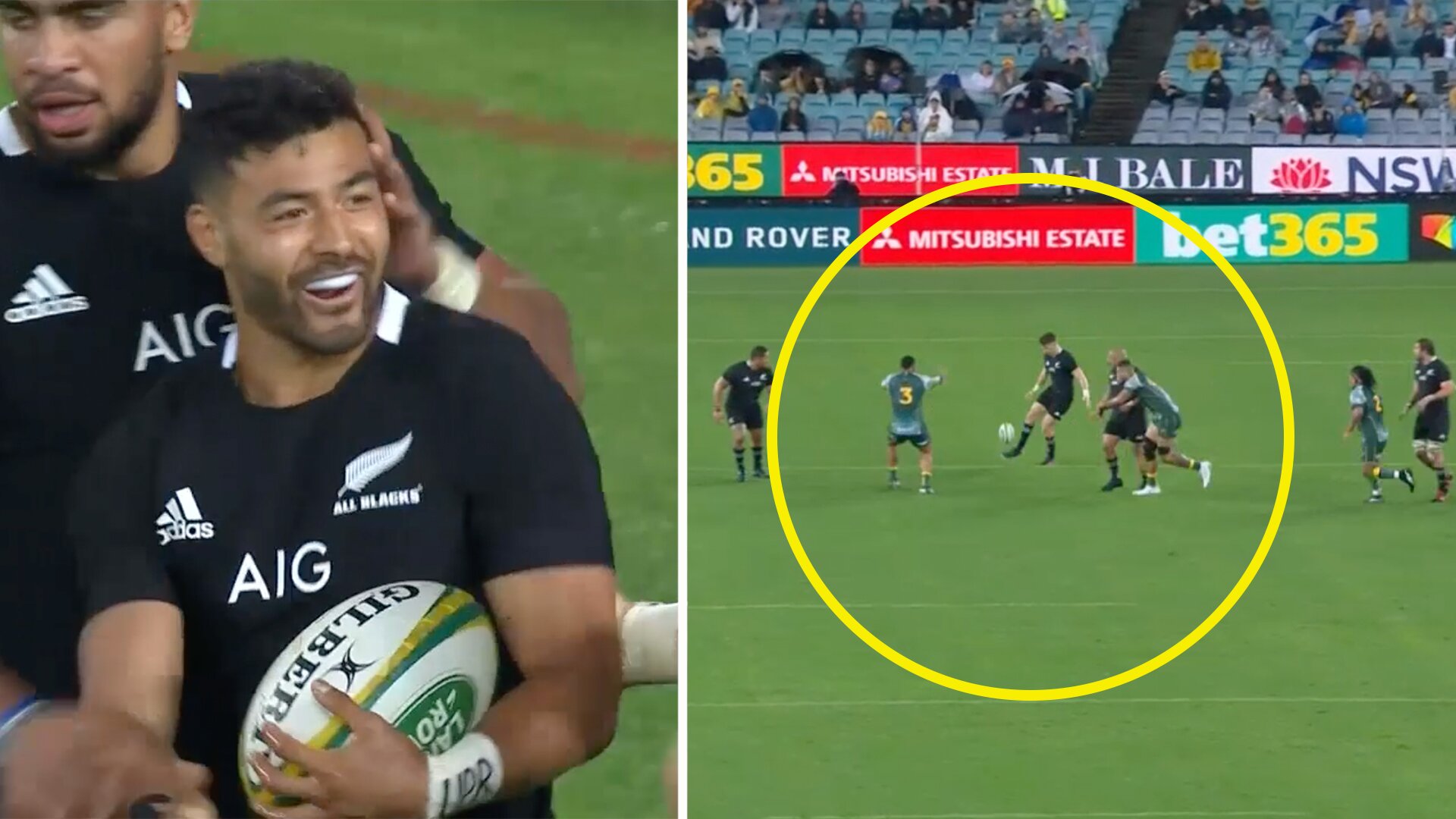 The All Blacks well and truly embarrassed the Wallabies tonight to resoundingly retain the Bledisloe Cup and put other countries on alert. The All Blacks entered GOD mode tonight!

The men in black put aside an embarrassingly poor Wallaby team who had no answer to the ruthless nature of the New Zealand team who scored 7 tries on the night in Australia.

Fans were astounded at how ruthless New Zealand was and how poor Australia was.

This has to be embarrassing for Australia’s now. #bledisloecup #AUSvNZL #game3 pic.twitter.com/mDIRb4t5Kr

I count 9 short side attacks in the first half. I can’t think of another game where I’ve seen that – predictability is a complex concept! #AUSvNZL #BledisloeCup

It wasn’t just Australia being bad which influenced the game.

The All Blacks truly entered GOD mode tonight with some brilliant moments from their star players like Richie Mo’unga and Beauden Barrett.

Will teams like England and South Africa be truly worried now by seeing the team back to their brilliant best.

Just look at this sensational try from the team here.

The All Blacks have had questions raised around them since their games against Australia in New Zealand and having a new coach. But today’s game will answer any of the doubters questions. New Zealand are still very much the dominant team in World Rugby.

Richie Mo’unga was particularly good for the men in black. How can the Aussies compete with this?

What does this mean for the Tri Nations now as well with it being a foregone conclusion.

Just look at this run, this summed up the night!

Richie Mo’unga embarrased the Aussies. What a try. #BledisloeCup pic.twitter.com/xdip1rxEAa