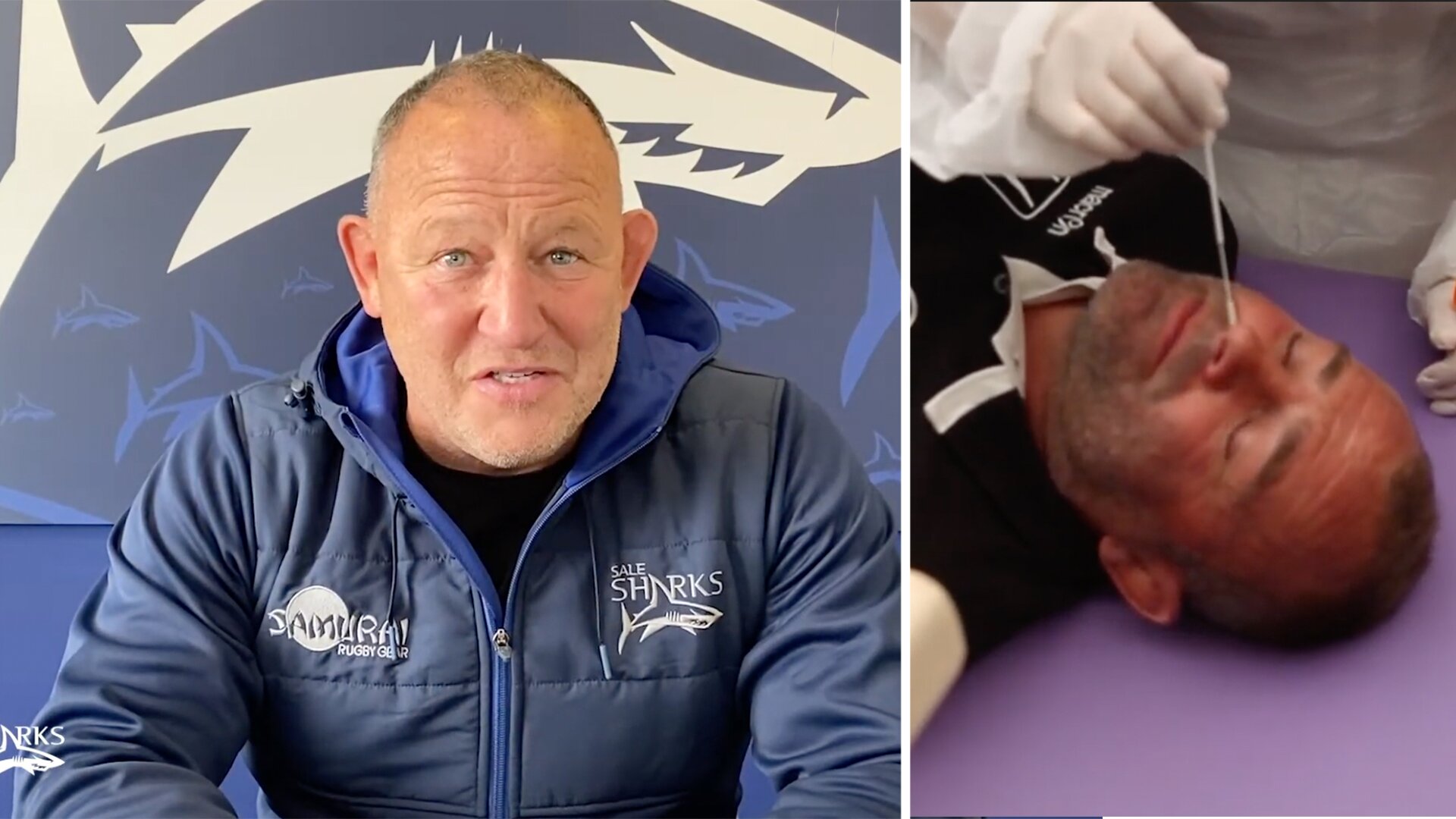 The Rugby World reacted in shock today as it was reported that multiple Sale Sharks players had tested positive for COVID-19. The report came from the Daily Mail today.

Reports suggested the climax of the Premiership season has been thrown into chaos after an outbreak of COVID-19 amongst the players at Sale.

Sportsmail understands the club’s crucial final-round match with Worcester could be cancelled after a ‘double figure number’ of positive tests.

Questions were raised when Sale Sharks delayed their team announcement by 24 hours on Friday.

The league announced on Friday morning that team announcements have been delayed and PRL are now scrambling to find a solution.

Sale Sharks fans were understandably horrified by the news as it means Sale will most likely have to forfeit the game which would mean they are very likely to miss out on a playoff spot in the Gallagher Premiership.

Interesting to see what will happen to Sale Sharks. If they forfeit and Bristol lose at London Irish thus missing out on the top four. I can see another massive pay-day for the lawyers.

Remember that time 3 days ago when Rob Baxter called for players to stop being tested https://t.co/xpJsmlgAb4

Quite a few people commeting that Rob Baxter is not particularly bright.

I cant fathom how stupid these people are.

There are worries that the players may have caught the disease while celebrating their win over Northampton in the Premiership last weekend.