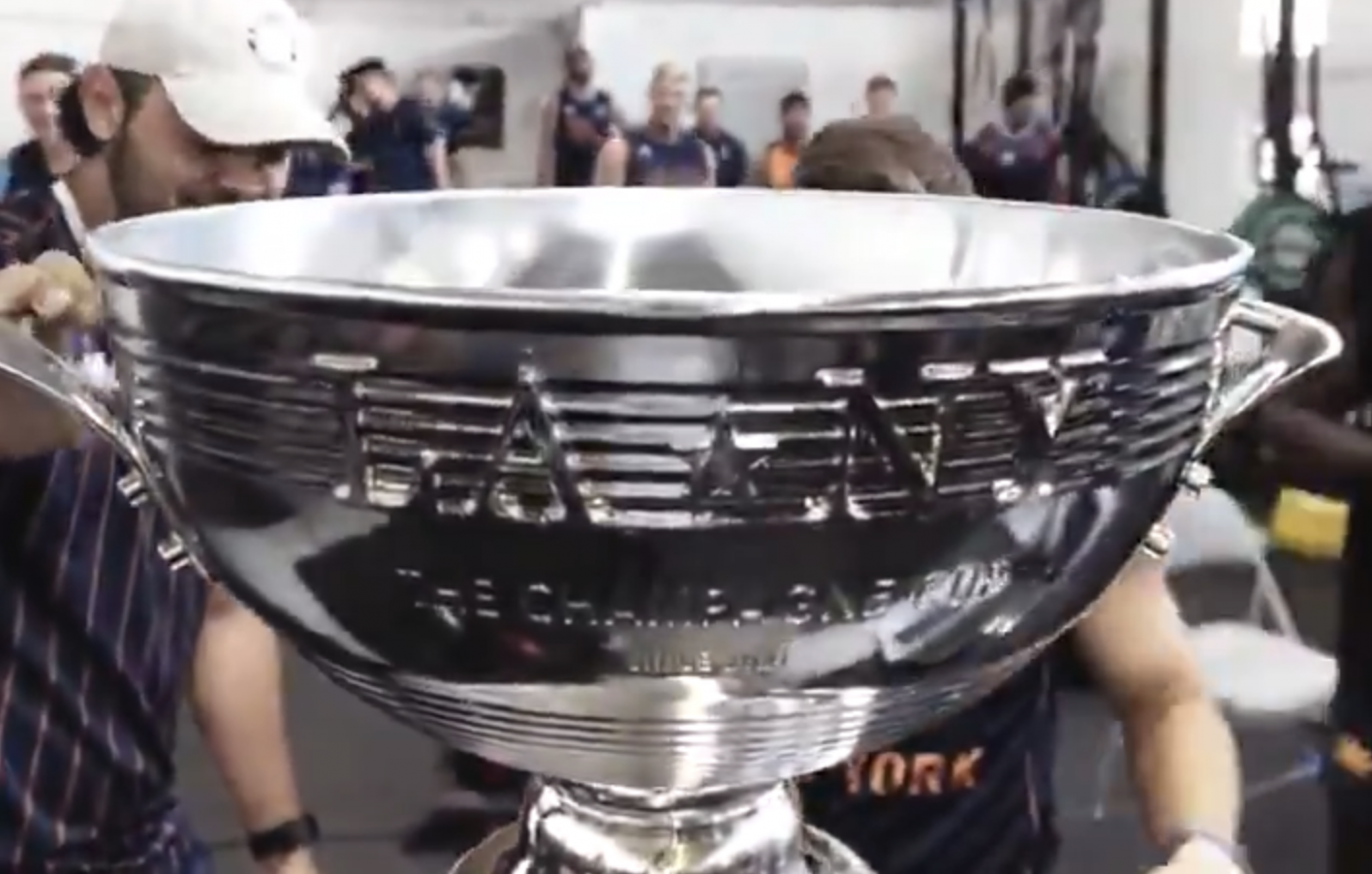 Rugby’s trophy game has just gone up a notch

Rugby United New York have unveiled the new Champagne Cup, and it is not a normal trophy.

The Major League Rugby outfit shared a video on social media this Tuesday of a case being wheeled into a gym and a trophy being revealed to their players.

The trophy in question is The Champagne Cup and will be the prize in fixtures between RUNY and the LA Giltinis. Though there are no exact measurements, this is not like the average trophy.

LA currently sit at the top of the overall MLR table, but were beaten by RUNY 18-16 when the two sides met earlier this season. Meanwhile, RUNY sit in second in the Eastern Conference, five points behind Rugby ATL with a game in hand and four games remaining in the regular season. The east coast and west coast rivals could well meet in the playoffs, which start in July with the final on August 1.