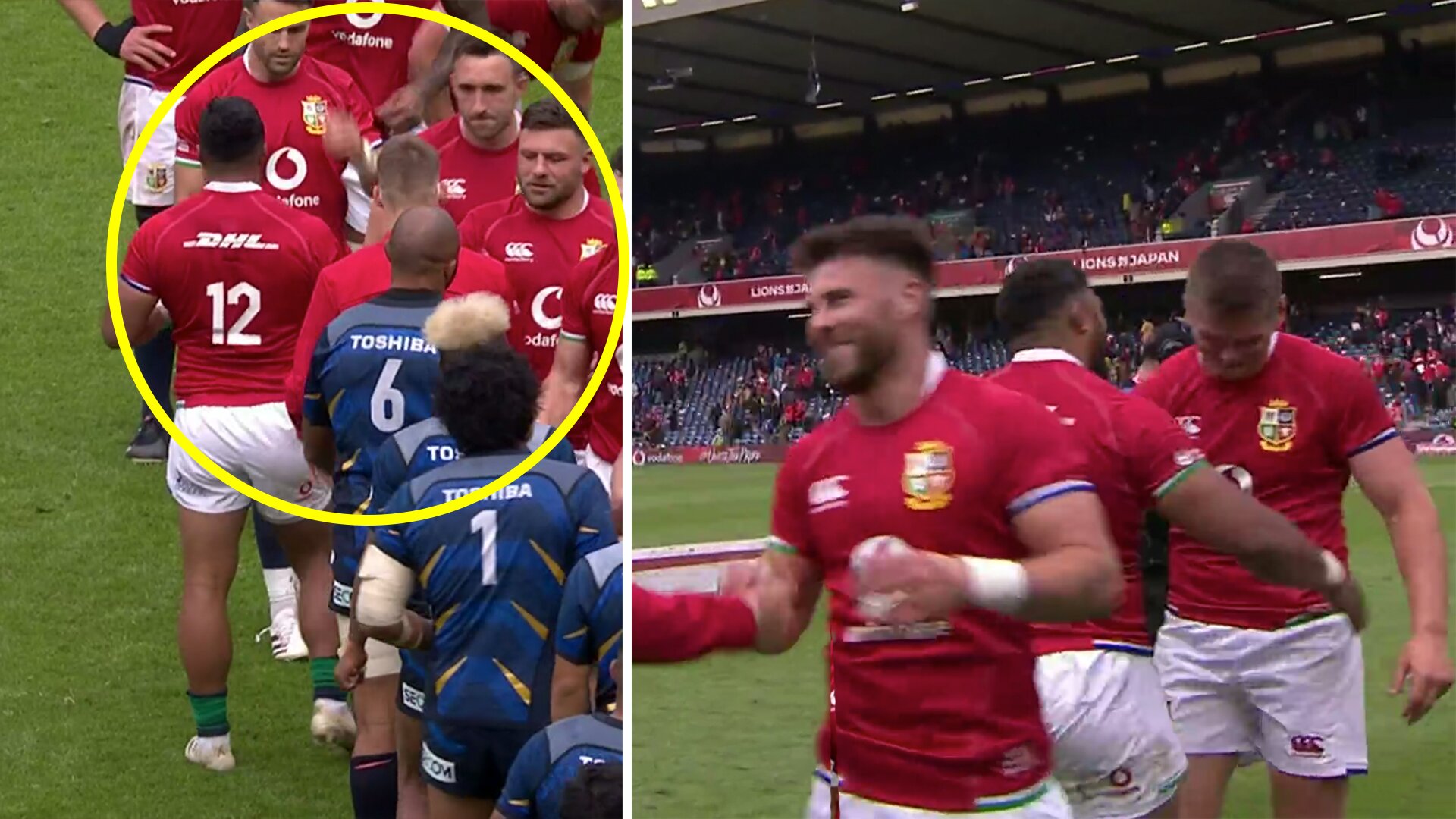 There have been rumors of tension in the Lions camp today after bizarre footage emerged showing two Lions players seemingly refusing to acknowledge each other after the Japan match.

It was a bittersweet victory for the Lions after their talismanic leader went off injured early in the game. It meant that Conor Murray is now the new captain for the tour of South Africa.

However, it was a bizarre moment in the post match celebrations that confused many.

A thread on Reddit emerged recently talking about how Ireland stars Jack Conan and Bundee Aki seemed to ignore each other in the huddle after the match.

Aki was seen hugging many of his Lions teammates, but when he got to Conan, the pair did not even shake hands.

Conan & Aki refusing to acknowledge each other after Japan game?

Conan plays for Ireland and Bundee plays for Connacht, could be a regional rivalry that has carried over beyond just domestic games? This is not the kind of tension that the Lions need at the moment.