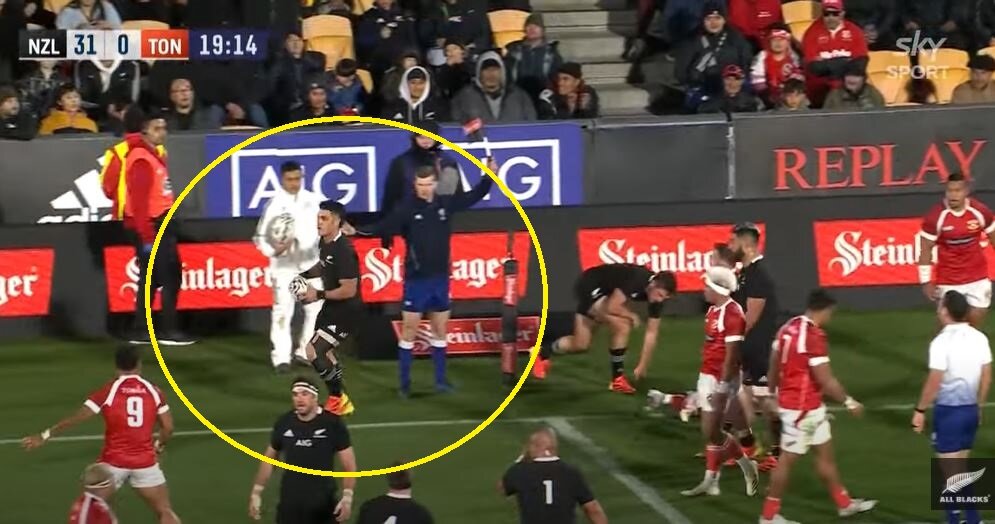 Pretty disrespectful if you ask us. One of the players even scored 5 tries, which is probably a record of something.

Did they really need to score this many against a struggling Tier 2 team? And the nature of some of the tries was pretty disrespectful, with the All Blacks flinging it about from everywhere, even taking quick lineouts. Yeah, pretty low.

There were other examples. At one stage an All Black player attempts a chip and collect, which resulted in a try for Rikeo Ioane.

The All Blacks were also chickening out of tackle, passing the ball whenever a tackle got near them. Afraid of a little contact is it? They’ll get a rude wake up when they play a real team… like the Lions.

You can catch up on all the highlights from the opening Test of 2021 against Tonga at Mt Smart Stadium below. Before the game, All Blacks Head Coach Ian Foster said the chance to play a first Test at home was “pretty special” especially for the newer players selected.

“It’s fantastic that Quinn, George, Ethan and Finlay have an opportunity and we’re excited for them, especially playing in front of a home crowd.

“Dalton gets a reward for a great campaign this year. In Akira’s case, he started at six last year and it’s a chance for him to put a marker down. Luke played very well for the Chiefs and he is back in great form.”

“Our whole group is excited. After Covid disrupted our season last year we felt a little bit distanced from our fans playing most of our games overseas, so what’s in front of us this weekend is very exciting.”