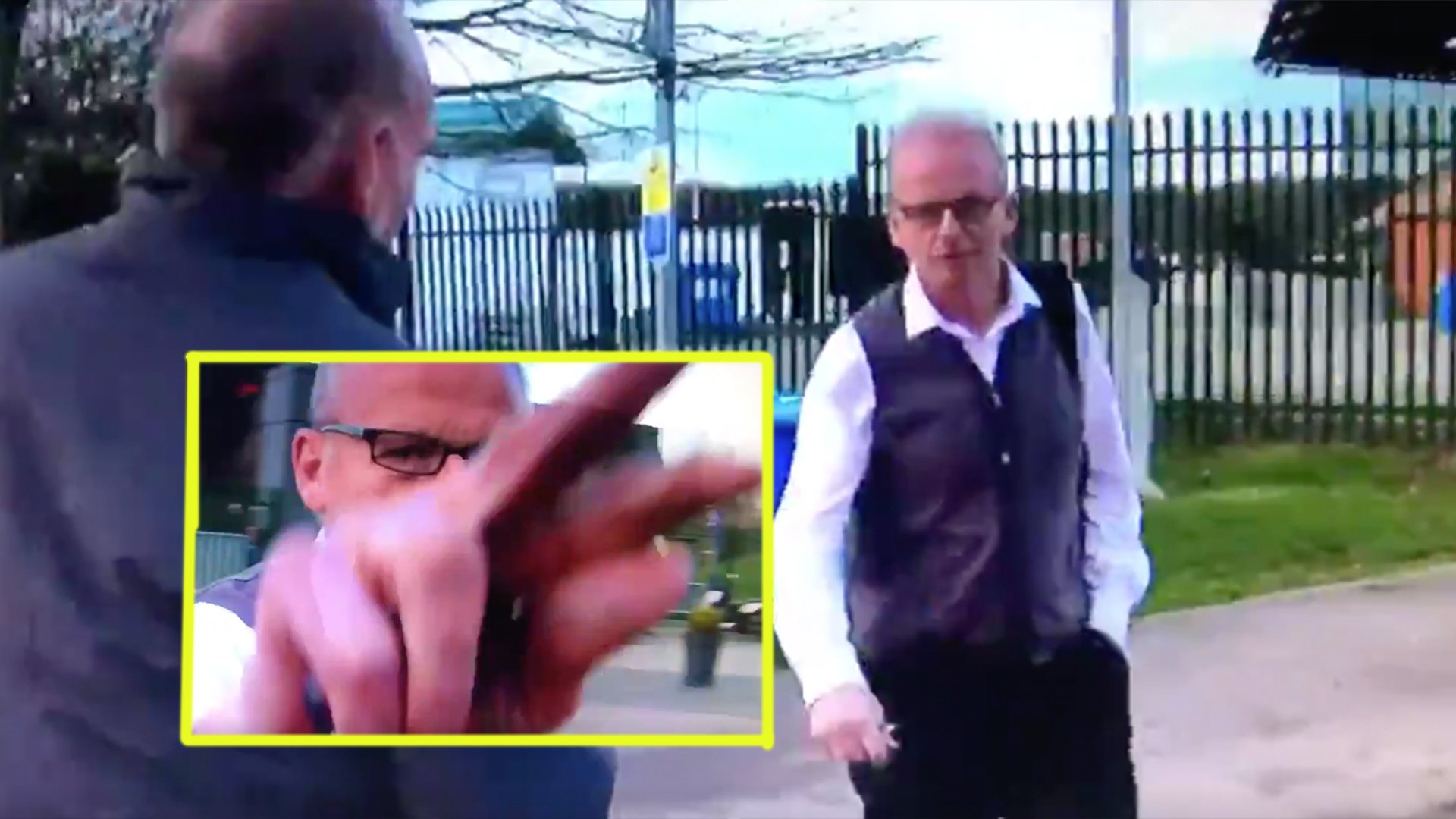 SalaryCens are in free fall, and the sharks are certainly circling the team. Tensions were visibly high when a BBC reporter attempted to ask new Saracens chief executive Ed Griffiths about the scandal hitting the club.

Saracens are on the brink of automatic relegation from the Premiership after apparently failing in their bid to bring the club under the salary cap.

Meetings were held this week between the Premiership clubs, and while discussions are theoretically ongoing, RugbyPass understands that Saracens are now resigned to being relegated automatically.

Fans have shown no mercy online…

When the Saracens go from Prem and European Champions last May to getting deducted 70 points in one season for breaking the salary cap so badly, getting them relegated and losing them all their players. pic.twitter.com/SxRoq1UCWs

Saracens players were called to an official meeting on Friday where club officials briefed them on the discussions.

The Saracens players were filmed leaving the club early on Saturday morning before their Champions Cup clash against Racing 92 at Allianz Park.

In November the club made headlines when they had 35 points deducted and were fined £5.4million for three successive years of salary caps breaches. That now looks like the least of the club’s troubles as they face the prospect of a year in the Championship and a player exodus.

The players, understandably, did not talk to the media, but Billy Vunipola and Will Skelton seemed to make some comments as they left, followed by loud laughing which was bizarre to say the least.

No comment from @Saracens stars including @bvunipola on their meeting today about being dumped from @premrugby and playing next season in The Championship. pic.twitter.com/OZtsb7de22

New Saracens chief Ed Griffiths also had a bizarre run-in with BBC news reporters as he left the club, with him forcefully pushing down the camera when the team approached him to ask questions.

This is certainly not a good look at all for Saracens.

Ed Griffiths was brought in to replace the vacant role of Saracens Chairman Nigel Wray, who severed all ties with the club earlier in the month.

This was such a bizzare thing to see from a man who should be doing everything he can to protect Saracens’ image.

Saracens chief exec Ed Griffiths in no mood to chat when I asked him this afternoon about the latest twist in the salary cap scandal & the impending threat of automatic relegation pic.twitter.com/lUAStsXhmK