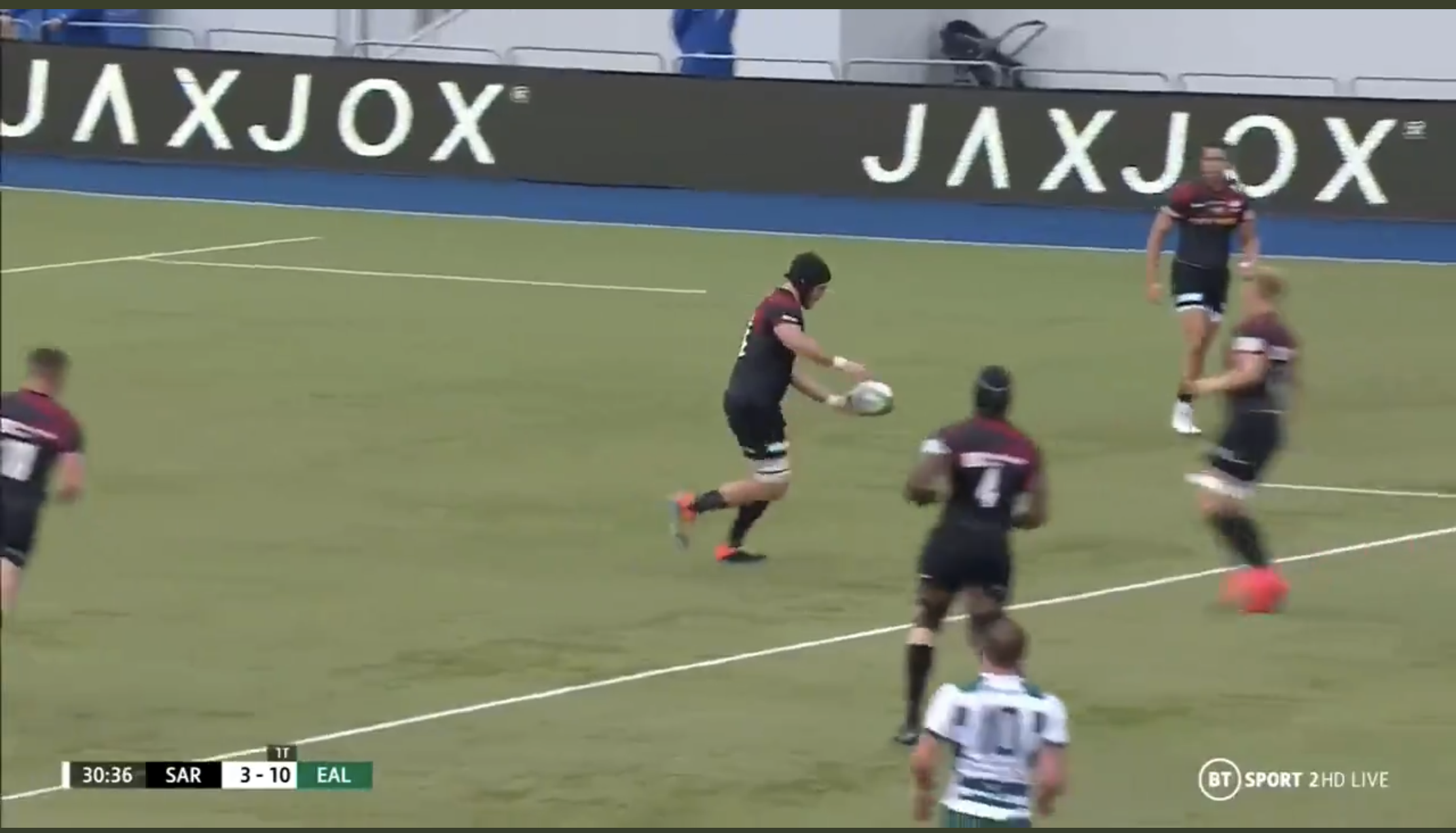 Saracens lock Tim Swinson made a compelling case that forwards can kick just as well as backs on Sunday in the Greene King IPA Championship final.

The former Scotland international, who has made his name throughout his career in the dark arts of rugby, displayed his kicking skills at the StoneX Stadium against Ealing and showed he has a cannon of a left foot.

After tracking back and collecting the ball in his own 22, the 34-year-old was not content with passing to someone else or taking the ball into contact. Instead, he casually nailed the ball from his own 22 to well over the opponents’ ten metre line. Then again at 6ft 4in and over 17 stone, the ball was always going to fly if he connected with it.

Swinson was recently named the Saracens players’ player of the season and he waited until the final match to show that he could also rival Elliot Daly for having the biggest boot at the club.

This is not the only example of a second-row putting boot to ball. Ireland’s Tadhg Beirne wore his kicking boots for Munster in the Heineken Champions Cup earlier this season, smashing a clearing kick that any fly-half would be proud of.

Though the 50:22 law variation is not in place in England, this would have actually resulted in a lineout to Saracens, as it saw a player kick the ball into the opponents’ half from their own 22.