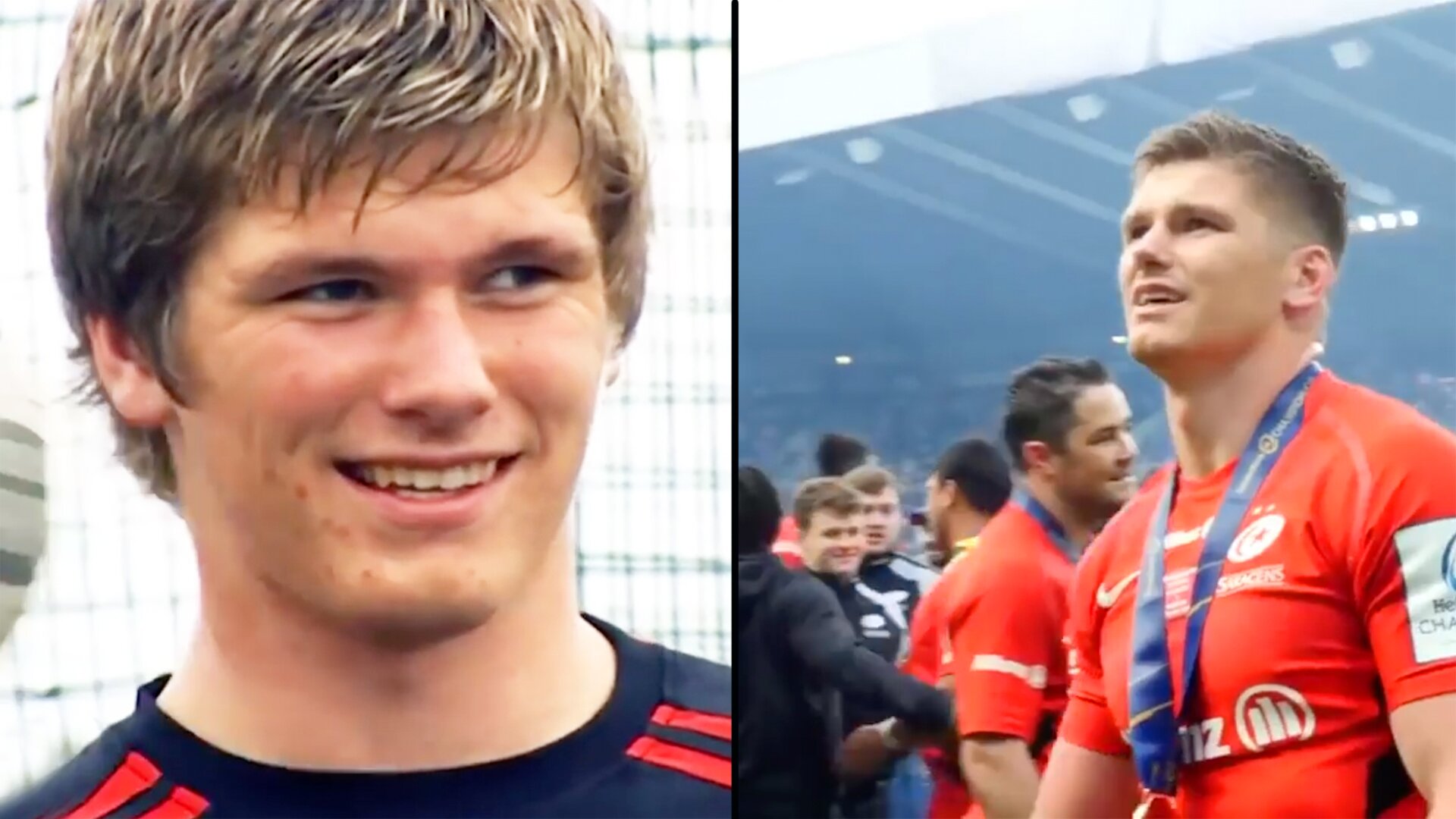 Saracens confirmed today that Owen Farrell will be committing his long term future to the club.

This comes after a wave of other star names were announced to be staying with the reigning Premiership Champions.

This emotional video posted earlier today – shows why the England skipper wants to stay with the London side.

Farrell will be playing in the Championship next season

🗞️ Saracens is delighted @owen_faz has committed his long-term future to the club!#TogetherSaracens ⚫️🔴

The post from the Saracens social media team starts off with a teenage Owen Farrell in training – with Eddie Jones speaking in the background.

The England coach says, ‘He’s got a long way to go but we feel if he works hard – and works as hard as his Dad, he’s going to be a good player’

The footage then breaks off into some of Farrell’s best moments with the club.

This is really powerful stuff and helps us to understand why so many Saracens players are willing to move down to the second division of English rugby for their club.

Watch this emotional clip below

To be continued… 💫 #TogetherSaracens ⚫️🔴

Farrell, 28, has been an integral part of the London club’s success for over a decade since making his debut in 2008.

He graduated from the academy in the same year alongside George, George Kruis, Jackson Wray and Will Fraser, and developed into an established England international, captaining his country at the 2019 World Cup.

Farrell collected 17 points in Saracens’ first-ever Premiership final win and has since helped Mark McCall’s side to a further four domestic titles as well as three European Cups.

The British and Irish Lions fly-half is one match away from reaching 200 appearances for Sarries and is pleased to have his future confirmed ahead of next month’s restart of the suspended 2019/20 Gallagher Premiership which will end in Saracens’ automatic relegation to the Championship due to salary cap breaches.