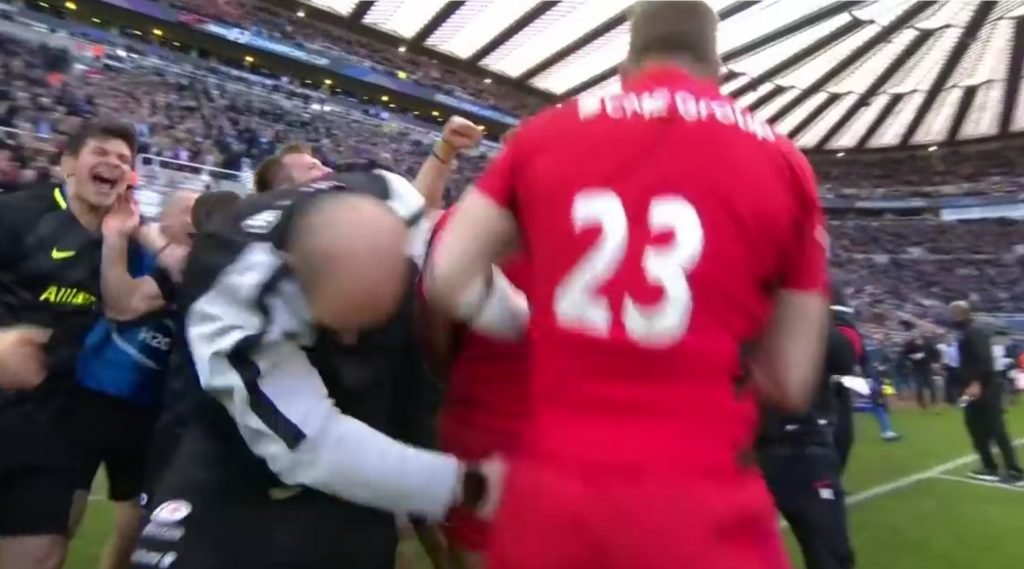 Photos of Alex Goode still in his full game kit after Sarries victory over Leinster have emerged.

It was a doubly sweet weekend for Goode.

An outstanding European season for Saracens has been capped off with Goode being named EPCR European Player of the Year 2019.

The full-back joined the list of three-time tournament winners as he helped his club to its third European title in four seasons with victory over Leinster Rugby in the Heineken Champions Cup final in front of a capacity crowd at Newcastle’s St James’ Park, where he was presented with the Anthony Foley Memorial Trophy. It completed a perfect campaign for the Gallagher Premiership club, who recorded a clean sweep of wins from their nine matches in the tournament.