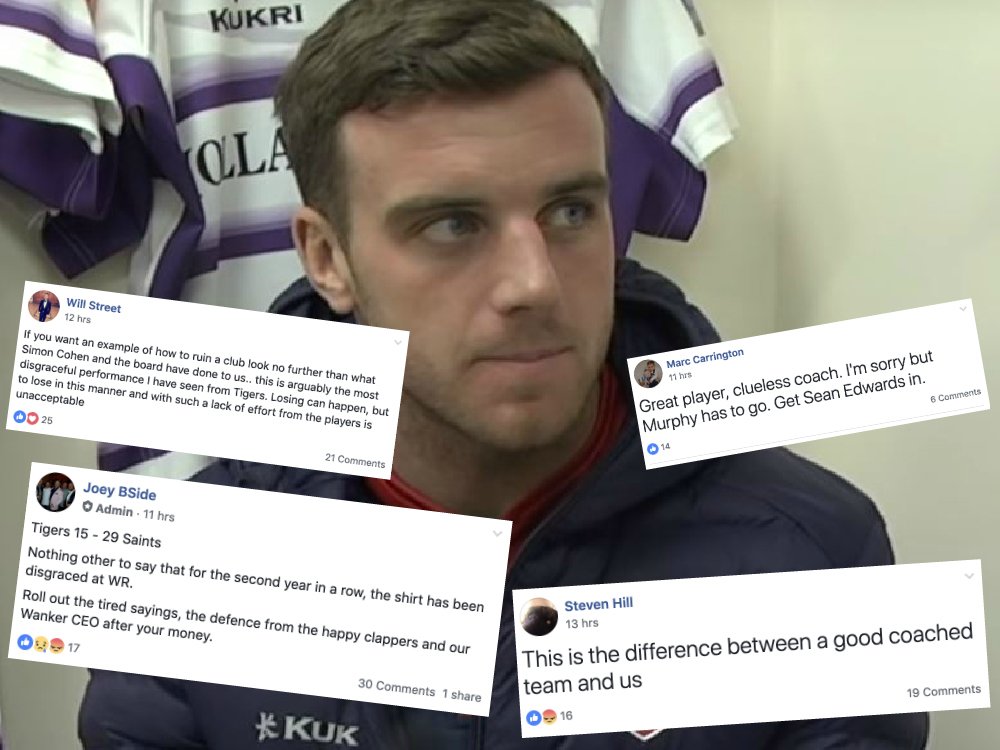 SAVAGE: Members of Leicester Tigers “Ultras” are seriously RANTING about their embarrassing defeat to Saints

It doesn’t make for easy reading, and to be honest, we really feel for the Leicester Tigers fans.

After years of dominance in the English domestic league, this is what it has come to. They have been defeated by almost every team at least once this season and the fans have had enough, as it is glaringly apparent on the “Leicester Tigers Ultras” fan page.

Fans had some choice words for their team, and can you even blame them?

The fans had some choice words about the coaching. Which has been lacklustre ever since Cockerill left.

Some were calling it ‘disgraceful’ and they weren’t wrong. Leicester fans can rightfully be embarrassed about last nights performance. It was a horror show.

Obviously a few will always blame the referee.

Some even wanted the management higher up gone.

And even club legend Geordan Murphy was firmly in the negative spotlight with some fans calling for Grand Slam winning coach Sean Edwards to be brought in.

It’s going to be a tough end to the season for Tigers. Can we even fathom the idea of them being relegated?!