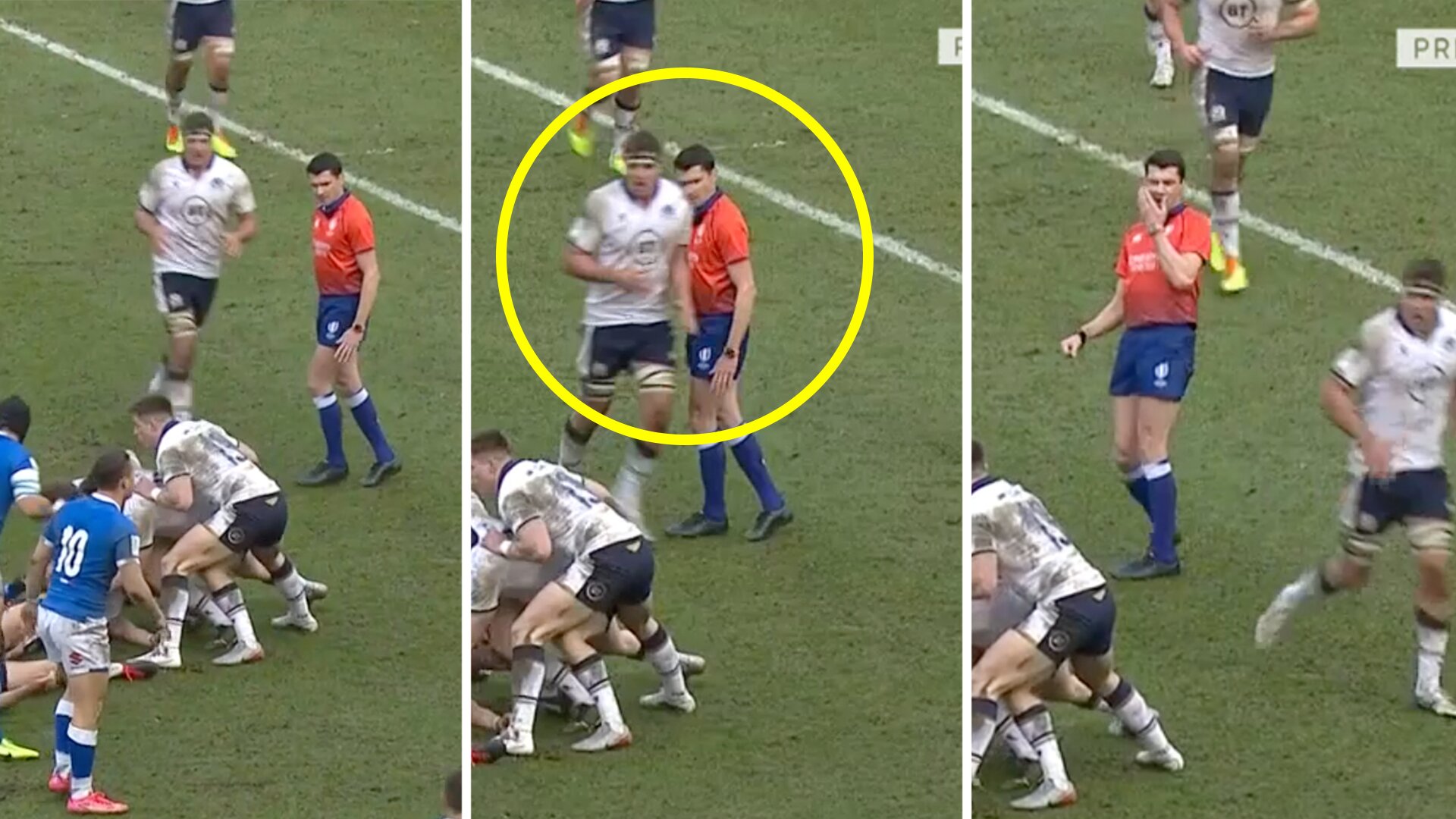 Shocking footage is all but conclusive proof that the English rugby team have a mole inside the Scotland rugby camp.

Footage shows a Scotland player taking an opportunity in the match to get payback on French referee Pascal Gauzere after he helped Wales to beat England in the Six Nations three weeks ago.

The Frenchman was made the scapegoat for England’s loss in the third round of the tournament by many of their fans after he allowed the Welsh to have a quick penalty in the game.

It looks like Scotland made have been given a hefty fund to the SRU coffers after an English mole was spotted taking out the referee early in the game.

The pressure was on him from before the game with fans giving out to him on socials from the off.

Let’s see how #pascalgauzere gets on today in the #SixNationsRugby #scotlandvItaly? I personally can’t see how he’s got another big game so soon after his abysmal display in the #walesvengland?

How is Pascal Gauzere reffing another Six Nations game?

However, it would be Gauzere himself that would be on the receiving end of something unpleasant after his face was shouldered by one of the Scottish players.

Are England finally getting their revenge for that awful decision in the Six Nations in Round 3?

Italy went on to lose the game by a massive margin, shipping 50 points. Is it time for them to be let go? Sad to say but the truth.