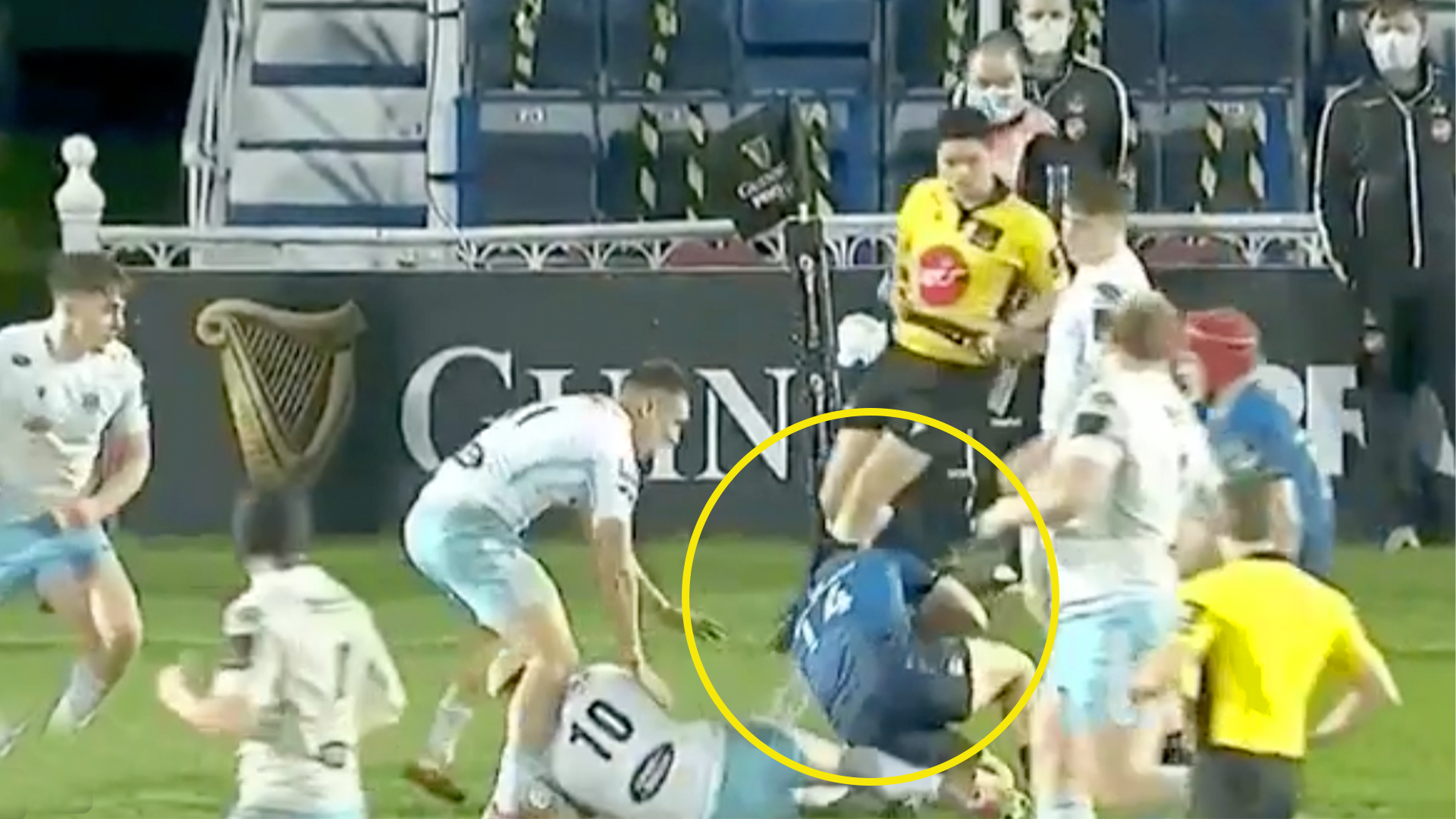 There were shocking scenes in the Pro14 today featuring Scotland star Adam Hastings.

The 24-year-old was shown a red card after a moment that was described as ‘extremely dangerous’ in the league clash between Leinster and Glasgow this evening.

Some users online even likened the move to an infamous kick from Eric Cantona in 1995.

Leinster eased to a bonus-point win over the Scottish side in a fiery affair that saw a number of cards being shown.

The incident involving Adam Hastings was all over social media this evening as shocking footage emerged from the Pro14 clash.

Here was some of the reaction from fans earlier today.

Glasgow back rower signs with WWE

Should get me in as a tipster – I had £10 on Adam Hastings getting sent off in the first half for kicking someone in the head.

Here was the incident from today’s game that got Adam Hastings sent off.

It’s clear that the moment was accidental from the 24-year-old and there was no malice whatsoever in the piece of play.

The letter of the law states, however, that this was indeed a red card offence with the player’s boot being raised so high in the air.