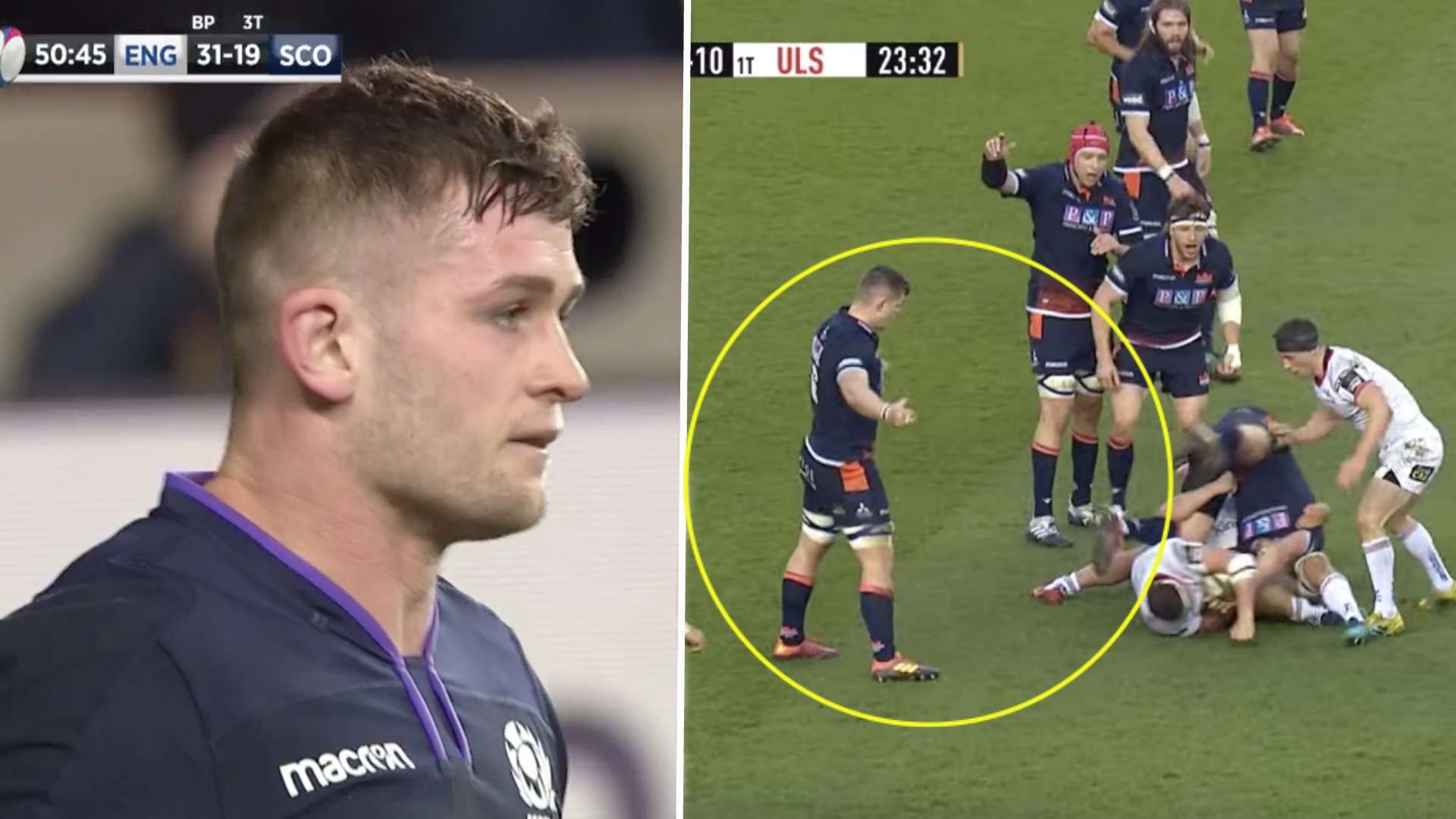 This guy is not even in the starting World Cup squad for Scotland, Bradbury is injury cover?!

But after watching this compilation by AR Rugby, my word he is a MONSTER. In this comprehensive highlight reel, the 24-year-old Scotsman carries like he’s possessed, breaking the first tackle almost every time. We can’t help but see a cross between Ardie Savea and Billy Vunipola in his playing style, it’s just pure aggression.

Look at the way he carries in this and say that you don’t agree with us in the slightest, we dare you…

The video in total is 15 minutes long, it’s very rare that a player produces a highlight reel of that length, and it’s just in ONE season. It’s very impressive.

Magnus Bradbury will be playing for Scotland as precautionary cover for at the World Cup but if Jamie Ritchie recovers then he will not feature. It’s absolute madness.

Scotland have a VERY light back-row. Hamish Watson is an incredible player but he weighs just 102kg.  And Jamie Ritchie weighs 99Kg. Now how much does Bradbury weigh… 115KG!!!

At a time where Scotland can look short of ball-carrying behemoths, Magnus Bradbury's surging drives are particularly noteworthy.

I find it hard to believe that Gregor Townsend would so easily miss out on a player who is so clearly a vital enforcer in a team. He completely bullied England around the park in the Six Nations, wouldn’t he serve as the perfect balance at 6 with Watson and Barclay?

We’re lost for words at his original exclusion for the team. Does everyone agree with us on this or is there something that we’re missing. We know he has had injury issues but just bring him anyway!